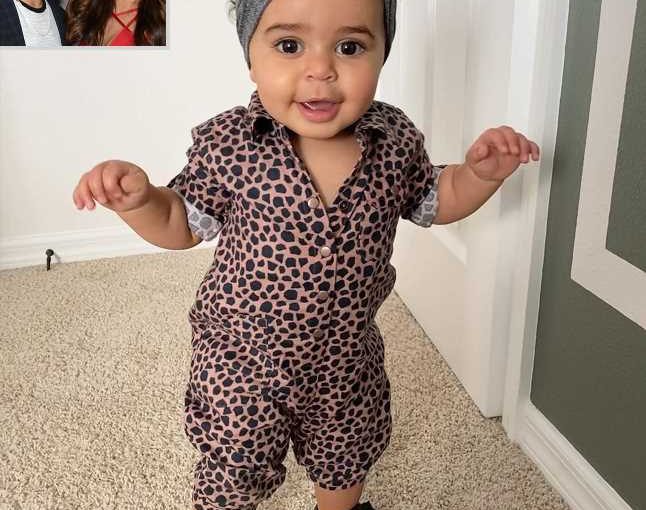 Sydney Leroux Dwyer Is Ready for Her 'Comeback Season' After Baby No. 2: 'I'm Going to Put Everything Into It'

Leroux Dwyer tells PEOPLE that she tries to "get [her kids] involved" around the house, but considering their young ages, "it maybe happens for like 10 seconds until they move on to something else."

"We now have a little playpen in the kitchen so that if I end up cooking or something, I just plop the baby in there and then Cassius can run around and I'm not worrying about if he's running over her or not," she says.

Speaking of the Dwyers' older child, "he is obsessed with" his baby sister and "will not leave her alone," the proud mom shares — but it took a little while for him to warm up to the idea of not being an only child anymore.

"For the first four months, it was a struggle," Leroux Dwyer says. "I didn't actually ever think that he would be okay with her, but they are obsessed with each other. So it's been really nice to see that relationship."

As for how she and Dwyer work together as parents during their little ones' daily routine, "He'll put the kids to bed and I'll do dinner or we'll switch it up and I'll do the kids, put them in bed, and he'll do dinner."

And are more kids on the horizon for the couple? "I feel like having two while you're playing is hard enough, so I don't see myself having another and coming back [to soccer] after No. 3, but we definitely want to have more kids," says Leroux Dwyer. "But I think we're going to wait for a little while."

Florida Gov. Ron DeSantis announced Friday that starting Monday, the state would be migrating to "full Phase 1"  of his three-part plan for reopening, according to the Orlando Sentinel. This includes a green light for fitness centers/gyms to reopen, as well as stores and restaurants to welcome customers at up to 50 percent capacity.

As information about the coronavirus pandemic rapidly changes, PEOPLE is committed to providing the most recent data in our coverage. Some of the information in this story may have changed after publication. For the latest on COVID-19, readers are encouraged to use online resources from CDC, WHO, and local public health departments. PEOPLE has partnered with GoFundMe to raise money for the COVID-19 Relief Fund, a GoFundMe.org fundraiser to support everything from frontline responders to families in need, as well as organizations helping communities. For more information or to donate, click here.