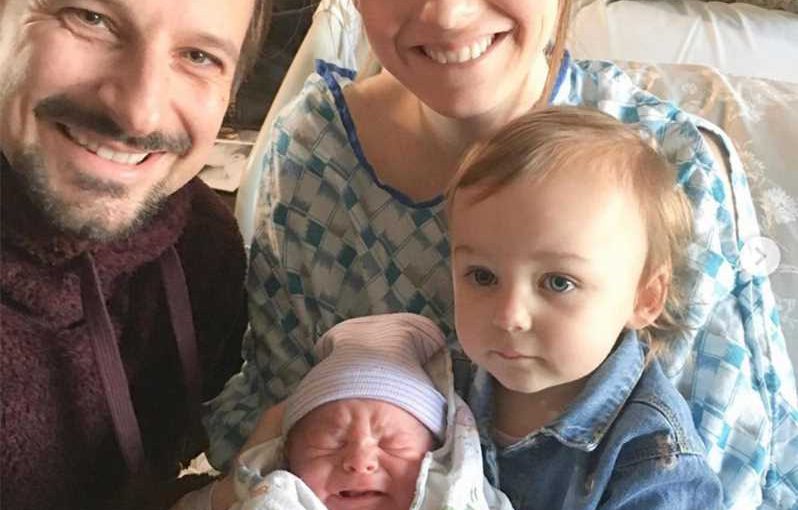 Bass, who has five children total, then joked, "I don't think we'd make it if we had another" — to which Waddell said she didn't think was "very nice."

"We would make it for a little while longer, but they would probably lead to different paths," he clarified in his response.

While Bass said he "completely agrees" that having kids is a blessing, he responded yes when Waddell asked if bringing third baby into their home could be the "downfall" of their relationship.

In March, the couple — who share son Charles "Charlie" Wolfe, 7 months, and daughter Isabella "Bella" Evelyn, 2 — announced that Bass was getting a vasectomy, which now Waddell says "never actually happened."

The Bachelor season 19 contestant was answering a few fan questions on her Instagram Story in March when one fan asked how many kids she wanted with her husband.

Waddell revealed, "Evan is getting a vasectomy this month, so Charlie will not have any more siblings. Sorry, bud — to Evan and Charlie."

"Why does Evan want a vasectomy? Just pull and pray," a follow-up question read, ending with a string of emojis including a crying-laughing face, a cringing face and prayer hands.

"The reason Evan is getting a vasectomy is because we did pull and pray — twice, ever. And now we have two kids," Waddell told the camera.

Bass and Waddell fell in love during the third season of BiP and tied the knot a year later in June 2017 in Puerto Vallarta, Mexico — the same location they first met. They televised their wedding on the fourth season of the ABC reality series.

Puerto Vallarta is also where the couple found out that they were expecting their first child. In August 2017, they told PEOPLE exclusively that Waddell was pregnant with Bella — who was a "surprise."

They welcomed their second child, son Charlie, this past November. The new dad told PEOPLE at the time, "Delivery was fast and perfect and straight into Mommy's arms. He is super healthy and everyone is doing well!"

Bass is also dad to sons Nathan, Liam and Ensley from a previous relationship.