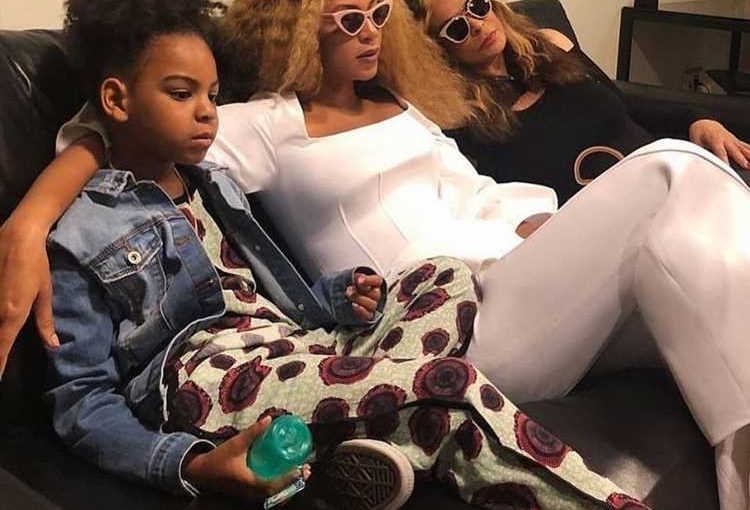 Tina Knowles-Lawson is counting down the days when she can hug her family again.

The fashion designer and businesswoman, 66, posted a heartwarming throwback image of herself with daughter Beyoncé and older granddaughter Blue Ivy, reminiscing about the moment amid the ongoing coronavirus pandemic that is still keeping many loved ones separated.

In the sweet snapshot, Beyoncé, 39, sits between her mother and daughter on a black couch, one arm around each of their shoulders. Both she and Knowles-Lawson rock stylish sunglasses, while Blue wears a denim jacket over a comfy-looking red-and-gray patterned ensemble.

"Wow I miss them❤️," wrote Knowles-Lawson in the caption. Among the supportive comments was one from Holly Robinson Peete, who remarked, "Three generations of beauty and brains," tacking on three red heart emojis. Knowles-Lawson recently opened up to PEOPLE about how she was faring while being away from her family, revealing she calls or FaceTimes with Blue and her 3-year-old twin siblings Sir and Rumi "every day."

But in one such chat session, Rumi got a little confused about why she couldn't see her grandma through the phone, as her mom wasn't using a smartphone.

"My granddaughter Rumi, who's 3, yesterday her mom called me on a home phone. She had never seen a [landline] phone in her life, so she didn't even know what it was," Knowles-Lawson recalled. "Beyoncé said, 'Oh, Mama, she's looking at that like … ' And she keeps saying, 'I can't see you!' "

"That's the hard part," she adds. "But up until about six weeks ago, I was seeing them every day because we all got tested and we weren't in contact with anyone, so I got to go over there every day. So when they left it was like withdrawal. And my oldest granddaughter told her mom, 'Grandma is hugging us too much,' when I first went around them. Because you just wanna touch 'em and you wanna hug 'em, so I'm going through that." Last month, Beyoncé shared the stunning video for "Brown Skin Girl," one of the tracks off of her Lion King companion album, The Lion King: The Gift.

The star uploaded the video as a standalone visual on YouTube. It had previously only been available to Disney+ subscribers as a part of Beyoncé's most recent musical film, Black Is King, which dropped exclusively on the streaming service at the end of July.

In the video, Beyoncé enlists various famous faces, including Naomi Campbell, Lupita Nyong'o and her former Destiny's Child bandmate Kelly Rowland — all of whom she name drops on the song — to sing the praises of black beauty, alongside daughter Blue, who sings on the opening and closing of the track.

The Jenn Nkiru-directed clip features Beyoncé and the rest of the video's stars in a series of dazzling shots and outfits, with guest features on the song from Saint Jhn and Wizkid.