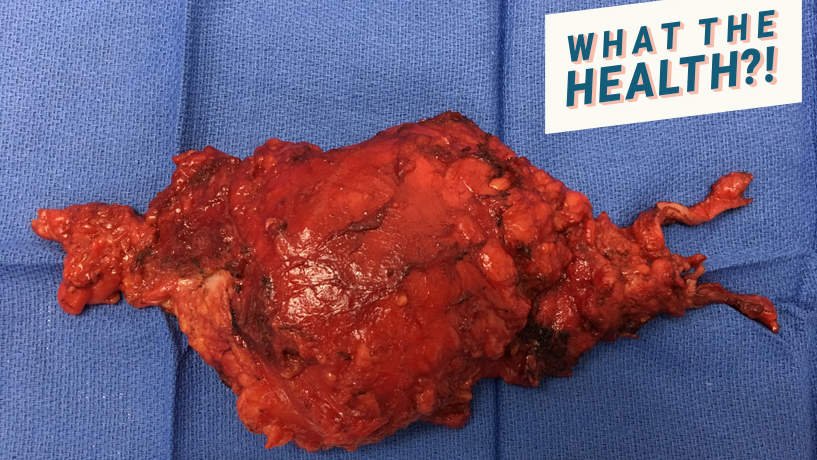 An operation that one woman had as an infant caused complications and necessitated surgery when she was 58, according to a new case report in the BMJ.

The case report explains what happened to a 58-year-old who had what's called a tailgut cyst removed. As an infant, the patient had a presacral mass removed. Presacral is the area inside the pelvis between the rectum and the lowest section of the spine, which is known as the sacrum.

Doctors noted that the woman’s history involved the removal of a presacral mass when she sought help decades later for “recurrent discharging abscesses in the sacral area.” That’s when they discovered her tailgut cyst.

They performed a biopsy to confirm that the mass, which they detected using an MRI, wasn’t malignant. It was removed “through a posterior approach,” the new report says. Microscopic examination, also called histopathology, confirmed the diagnosis of a benign tailgut cyst.

Tailgut cysts are also called retrorectal cystic hamartomas, and they usually occur in the presacral space.

Retrorectal lesions are extremely rare, with one estimate from the University of Texas MD Anderson Cancer Center putting the number of people affected at 1 in 40,000. They’re most common among adults between 30 and 60, but the mean age of patients who have them is 35.

The new case report says tailgut cysts should be removed, if possible. “It is recommended to excise tailgut cysts if medically fit, as all developmental cysts carry malignant transformation potential, and cysts may become symptomatic through abscess and fistula formation, as in our case,” the report says.

Fortunately, she healed well after her tailgut cyst removal operation. “The patient made an excellent recovery,” the report says. By the featured patient’s sixth follow-up visit, her wound was completely healed. Additionally, her bowels were functioning normally and she wasn’t experiencing episodes of fecal incontinence by this point.