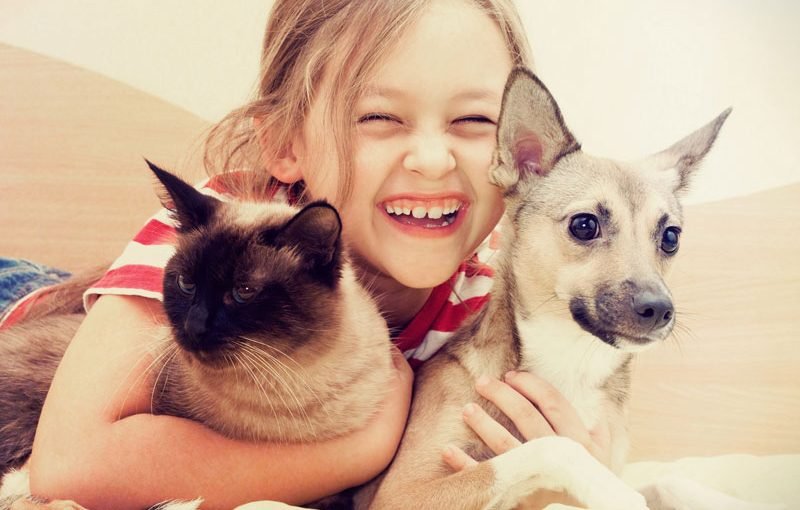 Pre-school children, which are surrounded in infancy by many house animals, suffering, apparently, less likely to have allergies. A study suggests that Swedish scientists.

As the researchers in the Online Journal PLOS ONE reports, suffered from children who were surrounded in the first year of cats and dogs, in the pre-school age have less Asthma, eczema and hay fever. The number of animals played in the household, a role: children who grew up without a pet, were 49 percent Allergy-free. With a pet, it was 43 percent, and with three animals, only 23 per cent.

In General, it is believed that the immune system of children, come up with more germs in contact, is better trained and in later life as a result, more protection. This Hypothesis is supported by results from researchers at the University of Gothenburg. The authors of the study call it a "Mini-Farm-Effekt", protects the pet against the development of allergies.

The researchers had examined two data sets with 1.029, respectively, 249 children between the ages of seven to nine years of age from different regions in Sweden and each came to similar results. In addition to the number of Pets in the first year of life, other factors showed correlations with the Occurrence of allergies, for example, a vaginal birth, number of siblings, and life on a farm.