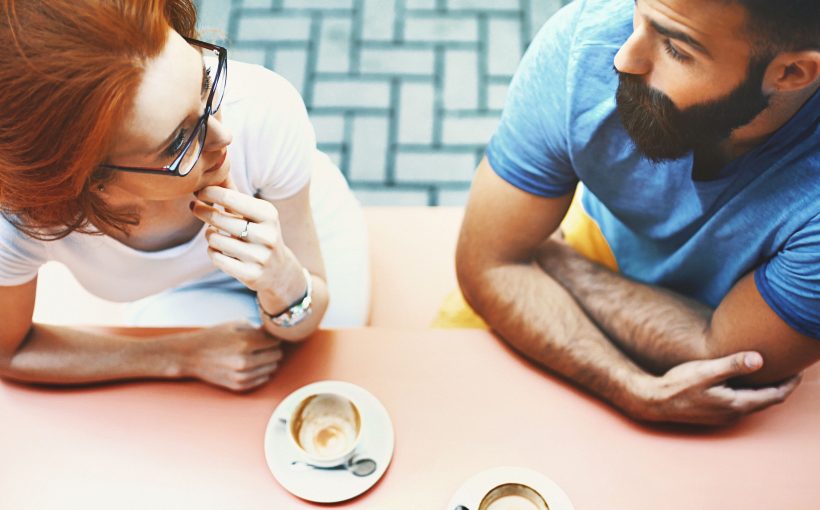 There’s a happy medium between total transparency and total repression. Details about previous relationships can be helpful for new partners: A woman needs to know if her boyfriend had ever dated any mutual acquaintances. And she definitely needs to know if he broke up with his last girlfriend because she wanted kids and he didn’t. She does not need to know how great the sex was.

So yes, tell the new woman you’re seeing about the time you got dumped and then watched ten episodes of The Office every day for a month, but do it right:

Wait until at least the third date, and slide into the subject obliquely. A friend of mine recalled a man who segued into the ex conversation really early on in their courtship, while they were discussing a TV show. “How long is too long to keep using an ex’s Netflix login?” he asked her innocently, launching them into a mature discussion about their dating histories.

Never ask your partner how many people she’s been with.

Even if she does answer with a number instead of a glare, there’s no way for you to respond to that information without sounding judgmental.

Don’t be too negative.

Describe your ex like you’d describe a former boss during a job interview. If you tell potential employers that your last boss was a huge asshole, they’re going to assume that you’re the asshole. They’re also going to be on their guard: If you talk about your last job in negative terms, they’ll worry that you’ll talk about them in negative terms, should things go south. So it is with exes. Trashing your ex won’t make your new partner feel less threatened, it will just make you look like a jerk. Instead of saying “We broke up because she was crazy,” be vague and neutral: “As I got to know her better, I realized she wasn’t who I thought she was.”

But don’t be too positive.

The person you’re seeing probably already knows about, and feels threatened, by your old girlfriends. Before I go on a date with a stranger, I do a comprehensive background check. I inspect his Facebook, in case he likes lame music or racism. I peruse his LinkedIn. And, of course, I study his entire Instagram. By the time we meet for our first date, I know that in recent years he has dated one woman who looks like Emily Ratajkowski and another woman who looks like Zoë Kravitz. I know that the Emily Ratajkowski one went to Yale and runs ultra marathons. I know that the Zoë Kravitz one teaches yoga and is still on good terms with my date’s mother. In short, I know just enough to feel insecure. The second you say something flattering about your ex-girlfriend I will begin to obsess over it.

I briefly dated a guy who talked often about his ex-girlfriend, Alison. (So often, in fact, that I wasn’t at all surprised when they got back together a few months after we stopped seeing each other.) When he told stories about Alison he always referred to her as “Al,” like we were all buddies. When you talk about your ex, refer to her only as “my ex.” That way your date can maintain the illusion that you’re so enraptured by her carnal gifts that you’ve not only forgotten all but the most boring details of your old relationship You’ve even forgotten her name!