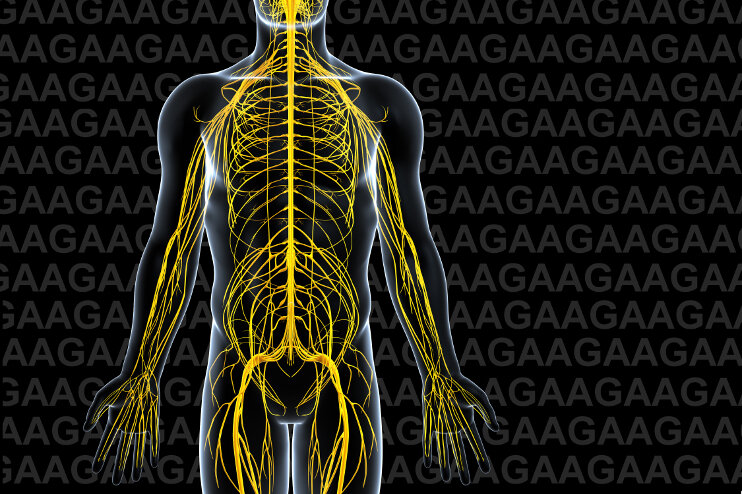 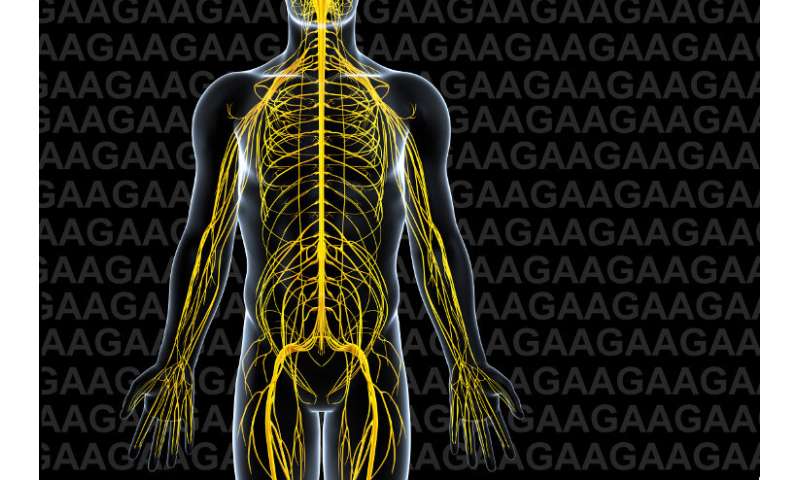 Scientists at Tufts University have identified a molecular mechanism that could reverse the genetic defect responsible for Friedreich’s ataxia, a neurodegenerative disease that leaves its victims with difficulty walking, a loss of sensation in the arms and legs and impaired speech caused by degeneration of nerve tissue in the spinal cord. The researchers report today in the Proceedings of the National Academy of Sciences that the genetic anomaly that causes the disease—the multiple repetition of a three letter DNA sequence—could potentially be reversed by enhancing a natural process that contracts the repetitive sequences in living tissue.

Friedreich’s ataxia is a genetic disease caused by the presence of an expanded repetition of a three letter genetic sequence, GAA in the FXN gene, which encodes for frataxin, a protein required for proper function of the mitochondria—the cell’s “batteries” that generate the fuel to keep all other cell functions running. Healthy people usually have 8 to 34 GAA repeats, carriers have 35 to 70 repeats, and individuals that exhibit disease symptoms have more than 70—and commonly have hundreds of repeats. With more DNA repeats, it becomes increasingly difficult for the cells to “read” the FXN gene and produce the protein required by the mitochondria, which in turn cease to function properly. One in 40,000 individuals has this condition.

“The DNA repeats literally gum up the works,” said Sergei Mirkin, professor and chair of the Department of Biology in the School of Arts & Sciences at Tufts University. “They can also cause other mutations in the surrounding DNA, or make chromosomes extremely fragile, breaking into pieces, or rearranging themselves. If we can shrink the DNA repetition in tissues to levels found in healthy people, we might be able to stabilize the DNA and reduce the effects of disease.”

It is known that in patients’ tissues, the GAA repeats are unstable and continuously expand and contract. Understanding the mechanism of GAA repeat expansion and contraction—especially contraction—is important to developing this strategy for battling the currently incurable disease. Numerous theories have been advanced as to how the DNA repeats contract, although the precise details of the mechanism remained largely unknown. In order to pinpoint the actual mechanism, the authors of the study developed an experimental system in yeast (Saccharormyces cerevisiae) to quantitatively measure the effects of different interventions on contractions of DNA repeats, and found that contractions happened usually during the process of DNA replication, in the course of what is referred to as “lagging strand synthesis.”

When the two strands of DNA are copied, one strand is replicated in a continuous manner, while the other must be assembled from smaller pieces stitched together. This is the lagging strand, so named because its more complex synthesis limits the rate at which the DNA can be copied.

The Tufts researchers found that the contraction of repeats depends on the ability of the DNA repeat to form an unusual triple-helical DNA structure along the lagging strand. The normal structure of DNA is a double helix consisting of two strands winding around each other. A triple helix, in contrast, consists of three strands wrapped in a helical twist.