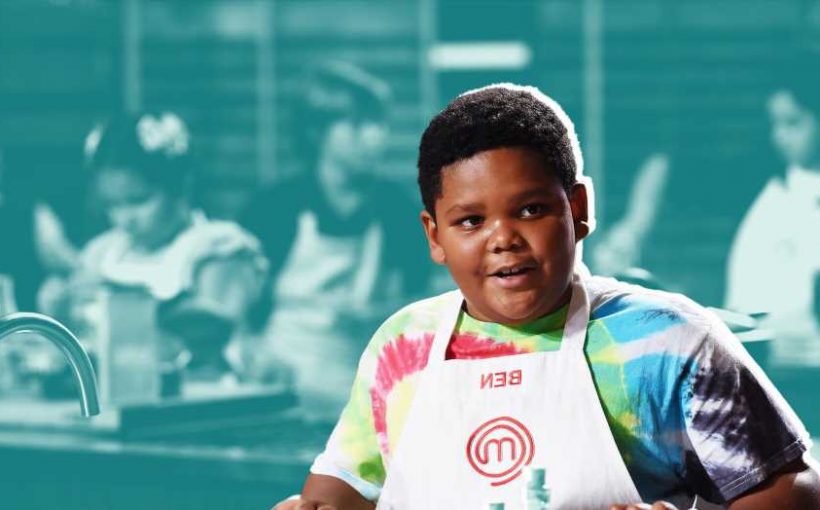 Aspiring young chef Ben Watkins, who took part in the sixth season of MasterChef Junior in 2018, has died from a rare form of cancer called angiomatoid fibrous histiocytoma. He was only 14.

Donna Edwards and Anthony Edwards, Ben's maternal grandmother and uncle, released a statement on Monday on a GoFundMe page called #Love4Ben Memorial Fund. "Our Ben went home to be with his mother this afternoon after a year-and-a-half-long battle with cancer," they said.

Following the news of Ben's death, tributes flooded in. Gordon Ramsay, celebrity chef and host of MasterChef Junior, said in a statement that Ben was a talented home cook and a strong young man. "Your young life had so many tough turns, but you always persevered," Ramsay said. Ramsay also posted a tribute on Instagram.

It was shortly after his 13th birthday that Ben was diagnosed with angiomatoid fibrous histiocytoma, his family said. Initially, doctors thought the tumor was actually malformed lymph nodes, Ben's uncle told the Tribune in August. But even after treatment, the tumor kept bleeding. In late July, Ben started chemotherapy treatment for similar tumors on his lung, spine, and shoulder, which had caused him so much pain he found it difficult to stand up.

What is angiomatoid fibrous histiocytoma?

Angiomatoid fibrous histiocytoma (AFH) is an extremely rare soft tissue tumor (sarcoma) most often found in children and young adults. A research article published in BMC Musculoskeletal Disorders in 2017 notes that the median age at diagnosis is 13 years.

According to a case report published in Pediatrics in 2018, AFH is often mistaken for a hematoma (a collection of blood outside the blood vessel), and is typically misdiagnosed.

"It is often a challenging diagnosis as there are not specific imaging or pathologic findings that clearly differentiate it from other types of sarcomas," Trevan Fischer, MD, surgical oncology specialist with the Center for Cancer Prevention and Treatment at St. Joseph Hospital in Orange County, California, tells Health.

What are the symptoms of AFH?

Angiomatoid fibrous histiocytoma typically presents as a nodule or mass in the skin, usually in the extremities, such as the hands and feet, Dr. Fischer says. AFH may occur on a site of recent or previous trauma, but it rarely causes pain or tenderness.

How is AFH treated?

Dr. Fischer says AFH is generally thought to be very slow growing, so the prognosis for someone diagnosed with it is usually good. "As with most sarcomas, surgical resection remains the standard of care," he says. "For AFH, a wide local excision with negative margins is the expected primary treatment. It rarely spreads to lymph nodes but can reoccur at the primary site, so long-term follow up with clinical exams are important."

If AFH presents in the deeper tissue and/or muscles, or is particularly large, it may have higher rates of local recurrence, Dr. Fischer adds.

It's not known whether Watkins died from a recurrence of AFH, or where exactly the cancer was located on his body. Though he lost his battle at such a young age, his life touched many others. "Ben suffered more than his share in his fourteen years on this Earth, but we take solace in that his suffering is finally over and in that, in the end, Ben knew he was loved by so many," his grandmother and uncle said in their statement on GoFundMe.