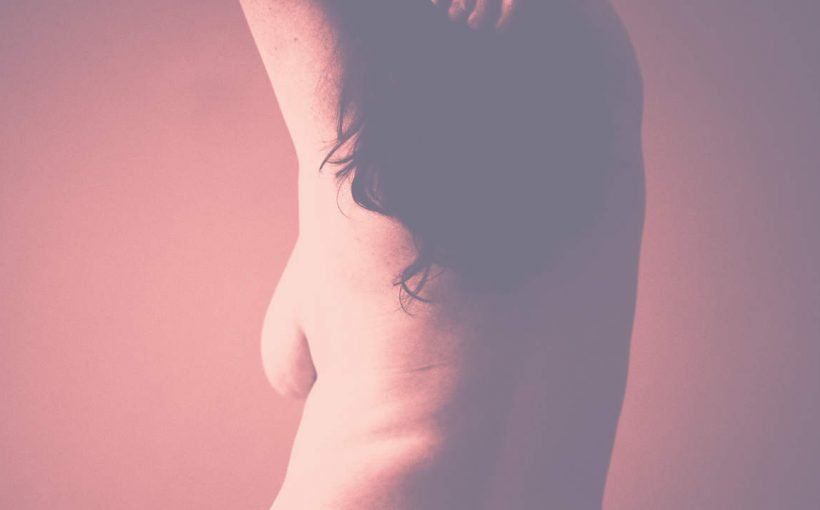 I’d been having chronic back pain for about a year before I found the lump.

It wasn’t like I didn’t tell doctors how much my back hurt. I saw three rheumatologists to find out why I had this pain, but none took me seriously. The last one I went to, in February 2016, admitted that she really didn’t know what the cause was, but maybe fibromyalgia was to blame. Her attending physician insisted it was depression manifesting as pain in my body. His suggestion? Go on antidepressants.

The pain continued, and a month later, I ended up in two urgent-care facilities because it was so terrible. I was given a steroid, anti-inflammatory medication, and a low-dose muscle relaxer and was told—yet again—that maybe this was the result of an autoimmune disease. Or perhaps I was overdoing it at my job (I was working as a chef at the time).

I almost felt like I was gaslighting myself. Was this all in my head? Surely all these doctors couldn’t be wrong; after all, they were the experts. But deep down, I knew this was real, physical pain. I didn’t know what was causing my back to hurt so badly, but I knew one thing: I didn’t feel like myself.

Later in March, I rolled over in bed and felt something on my side. Am I lying on my cell phone? I thought to myself. I reached over to grab what I thought was my phone digging into me and instead felt a really hard mass on my side.

I was sleeping at my parents’ house that day. I called out to my mom, who is a nurse. “I’m probably overthinking this,” I said, “but can you see what you think?” She felt the lump and looked concerned. I underwent a breast reduction in 2008, so areas in my breast did feel hard because of normal scar tissue. Yet this didn’t feel like scar tissue. My mom thought I was too young for breast cancer and that it was probably nothing, but she suggested I get it checked.

I live in the small town of Bellefontaine, Ohio, and the nurse practitioner in town was able to quickly schedule me for a mammogram that following Monday—so I didn’t have to cancel the 30th birthday trip to Nashville I’d planned. After the initial mammogram, I kept getting called back in to be re-scanned. Then I found out I needed a biopsy. A week later, I was told I had breast cancer.

The news was devastating; I remember feeling like everything was a blur. The nurse asked me if I wanted her to continue giving me more information, and I had to tell her I needed a break and a moment to breathe. My mom was with me, and I cried with her. I said I wanted to keep my diagnosis a secret, because I didn’t want people in my life to look at me and just see cancer.

'You're dying of breast cancer and there's no cure'

There’s no oncologist in my county, so I went to Columbus for a second opinion from doctors at Ohio State University. While I was there, I told them about my back pain. That prompted them to do a CT scan, which showed the cancer had possibly gone to my spine. I needed another biopsy to confirm this, and within a week I was diagnosed with metastatic breast cancer. I went from hearing, “You’re too young to have breast cancer” to “You’re dying of breast cancer and there’s no cure.”

When I learned that the terrible pain in my back was due to metastatic cancer in my spine (and not fibromyalgia or overdoing it at work, as my previous doctors believed), I first wanted to hug my oncologist. Not because I was excited to have cancer, but because someone finally gave me an answer that explained why my back had hurt so much, confirming that it wasn’t all in my head.

But then, as this information sank in, finding out that it was cancer felt like I was getting punched in the stomach. All I could think was, How long has this been going on? I thought back to the rheumatologist I had seen just a couple of weeks before, who told me I was “fine” and to only come back if the pain got worse.

I then discovered something chilling. A note had been left in my medical records by one of the doctors I had seen for the back pain. It mentioned that “suspicious lesions” were found on my spine and hip bone after a scan I had a year earlier. No one ever followed up or told me about this.

Once the cancer spread to my spine, it crushed one of my vertebrae, reducing its size by 70%. I needed a procedure called a vertebroplasty to plump it back up before I could undergo breast cancer treatment. If the cancer had been identified when the scan revealed spinal lesions, my vertebra would not be in such poor condition—and I could have started treating the breast cancer earlier.

Metastatic breast cancer has an average life expectancy of 18 to 36 months, I was told, and only 22% of people survive for five years. While my doctors said that they hoped to one day treat metastatic breast cancer as a chronic condition, currently it’s a terminal diagnosis. I didn’t know breast cancer wasn’t curable when I was diagnosed. You see all the pink ribbons and you think, I’ll beat this. I was really uneducated about that part of breast cancer. I was super positive until I found out it was terminal, at which point I was just beside myself.

Getting treatment for terminal cancer

My cancer was estrogen-receptor positive, so I initially went on tamoxifen, a type of hormone therapy that can slow tumor growth in some breast cancers. Meanwhile, my body was put into medication-induced menopause to make me a candidate for future hormone therapy and chemotherapy treatments. I was on many different medications to stop my cancer from progressing, and for about two years it worked. Then it progressed.

To try to get it under control, I endured different palliative surgeries and radiation, but these left me with more side effects. (Doctors don’t do surgery to remove breast cancer tumors on stage 4 patients; there’s no data showing that it extends life, so they feel it’s not worth the extra physical stress.) The tissue around my left breast where my tumor is became rock-hard and very painful. Radiation burns in my stomach prevent me from tolerating much fiber.

I’ve also experienced severe pain, as the cancer has since spread to my bones. At first I would transition back and forth between a wheelchair, walker, and on one occasion, a cane. Currently, with the correct pain medications, I rarely have to use a cane or chair, and I even walked 22 miles around Disney World last February—something I would have said was impossible a year prior.

Now, I have scans every three months to check for progressions, and I go to my oncologist every month to do blood work. If I ever have any extra pain or other symptoms, sometimes my scans are moved up to double-check everything. I try to resist living in three-month increments; I’ve actually planned a trip to Europe soon.

What if doctors had diagnosed me earlier?

Maintaining my quality of life is the biggest thing for me now. If I know quantity is going to be short, then the time I’m going to have is going to be good time. I’m always going to have a little bit of pain, but it’s about what I can tolerate, and I have a conversation going with my palliative care team, who is fantastic.

I moved home after I was diagnosed, thinking I’d be home for a year for treatment. Then I found out I’d be in treatment for the rest of my life. I had to quit my job and go on disability because of my bone metastases. My treatment schedule is pretty rigorous. I sometimes have three or four appointments in a day. But staying alive is my full-time job now.

I do see friends often, and have joined some online support groups for women with metastatic breast cancer too. It’s a whole community where I’ve built some strong bonds and relationships with people who really understand what I’m going through. And I work with some advocacy groups like the Hear My Voice program from Living Beyond Breast Cancer to help raise awareness of metastatic breast cancer.

I wonder constantly about the what-ifs, but I realized I had to keep moving forward. Ruminating on what could have been doesn’t change my outcome.

For anyone who is in a situation like I was—feeling dismissed or sensing that you’ve been misdiagnosed by doctors—my advice is to advocate for yourself. Get a second, third, fourth, however many opinions you need so you feel comfortable. Ask for copies of all your reports, tests, and scans, so you can read them yourself and go to your next appointment with questions ready. Bring them to new providers, so they can see what has already been done. Above all, trust yourself; you know what is normal and what is not for your body.