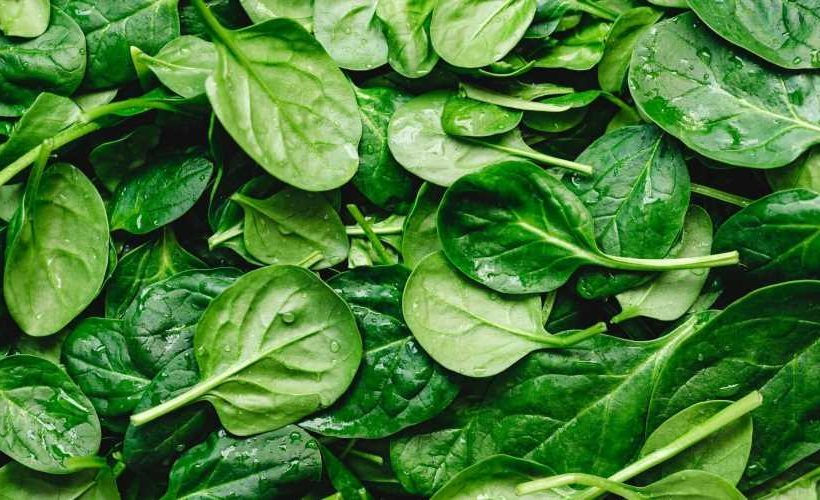 The Centers for Disease Control and Prevention (CDC) has issued a food safety alert about an outbreak of E. coli linked to certain bags of baby spinach.

The CDC made the announcement on November 15 after officials with the Minnesota Department of Agriculture found E. coli O157:H7 (a type of E. coli known to cause illness) in a package of leftover Josie's Organics Baby Spinach, which was in the home of a person who had tested positive for that strain of E.coli.

So far, 10 people across seven states have become infected with the E. coli O157:H7 strain. Health officials are interviewing people stricken with the foodborne infection about the foods they ate the week before they fell ill. Of the six people interviewed to date, five said they ate spinach the week before they got sick; one brand they consumed was Josie's Organics.

Those who became sick range in age from 2 years to 71 years. The first case began on October 15, 2021, and additional cases have continued to be reported through October 27, 2021. While no deaths have been reported, at least two people were hospitalized.

"The true number of sick people in an outbreak is likely much higher than the number reported, and the outbreak may not be limited to the states with known illnesses. This is because many people recover without medical care and are not tested for E. coli," the CDC reports. "In addition, recent illnesses may not yet be reported as it usually takes 3 to 4 weeks to determine if a sick person is part of an outbreak."

The CDC, along with US Food and Drug Administration (FDA), is investigating whether the strain of E. coli O157:H7 found in the Josie's Organics product sample matches the outbreak strain. The groups are also investigating whether any other products could be contaminated. Until those answers are reached, the "CDC is advising people not to eat, sell, or serve" the affected products.

According to a statement released by the company, "the products involved with the safety alerts are Josie's Organics, Organic Baby Spinach and Fresh Thyme Organic Baby Spinach, both plastic containers with Best if Used by date of October 23, 2021, or older."

The brand has "not been advised to recall or withdrawal any products from market," according to a company statement.

Here's what you should know about E. coli and steps to take if you think you you're at risk.

Usually, E. coli (aka, Escherichia coli) bacteria live harmlessly in the intestines of people and animals; they actually contribute to intestinal health. But certain types of E. coli can cause mild to severe gastrointestinal illness.

These "bad" types of E. coli—which are referred to as pathogenic E. coli—are usually found in human or animal feces and typically spread when that infected feces comes into contact with food or water. About 85% of harmful types of E. coli are transmitted to humans through food, Robert Glatter, MD, an emergency physician with Lenox Hill Hospital in New York City, previously told Health.

You can also get E. coli from an animal or even another human. "This typically occurs when an infected person does not wash his or her hands well after a bowel movement," explains Dr. Glatter. "E. coli can spread from an infected person's hands to other people or even to objects."

It is not yet known how the spinach was contaminated with E. coli. What is known is that E. coli O157:H7, the specific strain implicated in the current outbreak, is a shiga toxin-producing E. coli (STEC). According to the FDA, STEC can be "particularly dangerous." Besides contaminated vegetables and sprouts, the primary sources of STEC outbreaks are raw or undercooked ground meat products, as well as raw milk and cheeses. This is type that's most often behind foodborne E. coli outbreaks.

What should you do if you think you have contaminated baby spinach?

The spinach that Minnesota officials found to contain traces of E. coli had a "best by" date of October 23, 2021. That is why the CDC is warning the public not to eat, sell, or serve Josie's Organics prepackaged baby spinach with that specific "best by" date.

The expiration date of the product in question has already passed; as the FDA points out, the spinach should no longer be available for purchase on store shelves. Still, the agency says to check your homes for the product and, if you have it, to either throw it away or return it. If you've frozen fresh Josie's Organics Baby Spinach, the FDA advises tossing it as well.

What should you do if you think you have E. coli?

People of any age can be infected with pathogenic E. coli. To get a diagnosis, your doctor will send a sample of your stool to a laboratory to test for the presence of E. coli bacteria, per the Mayo Clinic.

Some people who've been infected with E. coli might have no symptoms. Others might have symptoms that develop from a few days to nine days after eating food contaminated with the bacteria. Those symptoms can include severe stomach cramps, diarrhea, fever, nausea, and/or vomiting. The more mild symptoms usually go away within five to seven days, without any medical treatment. To treat milder symptoms at home, you'll want to rest and drink plenty of fluids to prevent dehydration and fatigue, according to the Mayo Clinic.

It is possible to get severe symptoms, though. The FDA recommends calling your doctor if you have:

"Children under the age of 5 years, adults older than 65, and people with weakened immune systems are more likely to develop severe illness as a result of an E. coli infection," according to the FDA. "However, even healthy older children and young adults can become seriously ill."