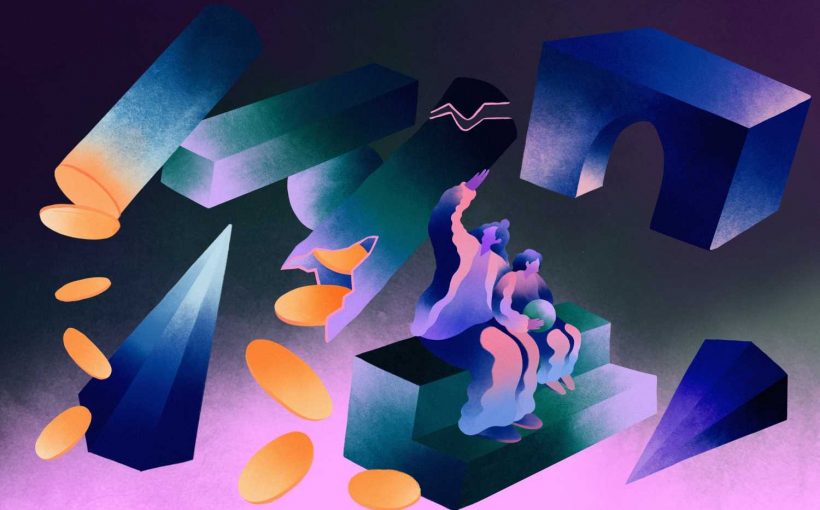 Rachel and her husband adopted Marcus out of Guatemalan foster care as a 7-month-old infant and brought him home to Lansing, Michigan. With a round face framed by a full head of dark hair, Marcus was giggly and verbal — learning names of sea animals off flashcards, impressing other adults.

But in preschool, Marcus began resisting school, throwing himself on the ground, or pretending to be sick — refusals that got more intense and difficult to deal with. His parents sought therapy for him. Rachel and her husband had some savings for retirement, college, and emergencies; at first, the cost of Marcus’ therapy was not an issue. “We didn’t realize where it was going,” Rachel said.

Today, Marcus is 15 and has a younger sibling. His parents have depleted their savings and gone into debt to pay for treatments for his severe depression, anxiety, and mood disorders. Frequently agitated and increasingly violent, Marcus could not attend a regular school. Over the years, he’s needed weekly therapy, hospitalization, and specialized schooling — all of which has cost tens of thousands of dollars a month.

He required lots of medical and mental health appointments that were often many miles from the family’s home. Rachel ultimately quit her real estate broker’s job to care for her son, and with that the family took another financial hit. With no good treatment options within hours of where they live, Marcus is now in residential care out of state that specializes in therapy for children with conditions like his. That’s helped modulate his behavior, but also costs $12,500 a month.

“All of our savings is gone,” said Rachel, who spoke on condition of anonymity to protect her son’s privacy. She and her husband have taken out a second mortgage and borrowed against their retirement accounts.

“How are we going to send our kids to school?” she said. “How are we going to recover from this? I don’t know.” Just surviving the string of crises is all-consuming. “Those thoughts in your mind — there’s no space for that when you are just trying to keep your child alive.”

Untold numbers of families like Rachel’s are dealing with myriad challenges finding and paying for mental health care, and then ending up in debt. There are too few therapists and psychologists in the U.S. — and fewer still who accept insurance. That compounds the financial toll on families.

Tabulating the impact isn’t easy. Many do what Rachel did: They refinance their houses, drain college savings, or borrow from family. But that kind of borrowing often isn’t included in estimates of medical debt. As a result, it’s hard to know how much families are paying out of their pockets for mental health treatment.

A recent KFF poll designed to measure the many ways people borrow to pay medical bills found that about 100 million Americans have some kind of health care debt, and 20% of those owe money for mental health services.

Those who can’t afford to borrow sometimes try to get coverage for their children under public insurance like Medicaid, which sometimes means reducing their income to qualify.

When Even Medicaid Isn’t a Safety Net

After her workplace health insurance denied coverage for her 9-year-old daughter, Colleen O’Donnell, a single mom from Providence, Rhode Island, stopped working so her income would fall below Medicaid’s limit. O’Donnell, a registered nurse, could have made lots of bonus pay caring for covid patients. Instead, she said, she needed to stay home to care for her daughter, who suffers from, among other things, disruptive mood dysregulation disorder — a condition that goes far beyond normal tween moodiness. Treatment didn’t require just medication or visits to the doctor or hospital; the girl also needed wraparound therapy that included in-home care. The child’s unpredictable moods and violent tantrums made it impossible to send her to school, or for her mother to hire a sitter for her.

“Qualifying for Medicaid means essentially you’re living right around the poverty level, which means I’m not generating any sort of wealth, I’m not saving for retirement or anything like that,” said O’Donnell. She took on a second mortgage for $22,000. She estimates at least $60,000 in lost wages a year. But staying home with her child was still worth it, she said.

Some desperate families go to even more extreme lengths to get mental health care covered by Medicaid. Some leave their children at hospitals, relinquishing custody so they become wards of the state. Others simply forgo care altogether.

So, how much is this costing families across America? And how many are forgoing care? It’s hard to know.

Lack of Data Keeps Struggling Families in the Shadows

“We don’t have real data,” said Patrick Kennedy, a former member of Congress and founder of the Kennedy Forum, a mental health advocacy group. Across the board, he said, there’s a lamentable lack of data when it comes to mental illness. “We don’t track this. We have a hodgepodge of reporting that’s not standardized.”

That lack of data keeps many people in the shadows, Kennedy said. It makes it hard to hold insurers accountable for legal obligations they have to pay for mental health care, or to argue for specific policy changes from regulators that oversee them. Kennedy said that problem should not fall on the shoulders of the many families who are too busy fighting to survive.

“If you’re a family or someone who has one of these illnesses, you don’t have the capacity for self-advocacy, right? And shame still factors in, in a large way,” he said.

Rachel, the mother in Lansing, estimates Marcus’ treatment costs topped a quarter-million dollars over the past two years alone. Nearly all that, Rachel said, was driven by care their insurance company declined to cover.

Over the years, Marcus underwent numerous neuropsychological tests, checking everything from intelligence and personality to trauma and motor skills to gauge the gaps in how he perceives the world. Each test cost several thousand dollars. Weekly therapy cost $120. Special schools, including a wilderness therapy program, cost thousands of dollars a month, and Rachel said insurance covered almost none of it.

The insurer cited various reasons: The wilderness therapy, even if it worked, was deemed too experimental. Other treatments weren’t in-network. Even when Marcus became increasingly violent and a danger to himself and others, insurance agents repeatedly told Rachel that various types of inpatient or residential treatment programs and specialists recommended to her weren’t covered because they were “not medically necessary” or would require reauthorization within days.

Meanwhile, Marcus’ problems at home were escalating. “There were times that I hid,” Rachel said, voice breaking. “I found hiding places so that my kid couldn’t find me. He would hurt me. He would attack me, throw things at me, push me.”

Faced with this do-or-die situation, Rachel and her husband decided to pay the costs of the care themselves and fight it out with insurance and lawyers later. For the past year, they’ve spent $150,000 to send Marcus to his out-of-state school.

What About ‘Mental Health Parity’ in Reimbursement?

That growing reliance on out-of-network care for mental health treatment is a national trend, despite various federal and state laws requiring insurers to cover services like addiction treatment on par with CT scans, surgeries, or cancer treatments. A 2019 report commissioned by the Mental Health Treatment and Research Institute found those disparities getting markedly worse, especially among children, between 2013 and 2017 — effectively forcing more patients to seek behavioral health care outside their insurer’s network.

“Given the workforce and capacity shortages in [mental health and substance use disorder] care, it’s important that patients receive the appropriate level of care, helping to preserve higher levels of care for those who need it most,” David Allen, an AHIP spokesperson, said in an emailed statement. He said insurers are taking measures like adding new providers to their networks, and adding telehealth options to expand their reach into places like schools and family physicians’ offices. But, he said, not every kind of care should qualify for coverage: “It is important to make sure that people receive high-quality care based on scientific evidence.”

Regulators Have Been Slow to Police Insurers

But Deborah Steinberg, a health policy lawyer at the Legal Action Center, which advocates for consumers, said insurers improperly deny coverage for appropriate treatments far too often. Few people know how to determine that, and end up paying the bill.

“They are actually not necessarily bills [patients and families] should be paying, because a lot of the time these are illegal practices,” Steinberg said. “There are so many complicated laws here that people don’t understand. And when people pay the bills or take it out as credit card debt, they’re not challenging those practices.”

Nor have regulators been aggressive in policing insurers, or fining them for violations.

But, Khawar said, coverage of mental health care is a problem he hears about continually, and the fact that so many families are struggling has made this a top priority for his agency. “There is a level of attention, a level of resources being put to these issues that is kind of unprecedented,” he said.

Often, it falls to attorneys general to enforce insurance rules, and the willingness and resources available to do so varies by state.

In Michigan, where attorney J.J. Conway practices, the state has not been active in investigating the industry, he said. So families must seek recourse on their own, he said, if they want to dispute denial of coverage with their insurer. Conway, who represents Rachel’s family and many other parents, said he’s seeing the biggest surge in mental health disputes in his 25 years as a lawyer.

Conway said there’s a strange silver lining in the sheer number of families now struggling to get mental health coverage. The cases are so numerous, he said, he hopes collectively they’ll eventually force a change.

“Diagnosis: Debt” is a reporting partnership between KHN and NPR exploring the scale, impact, and causes of medical debt in America.

The series draws on the “KFF Health Care Debt Survey,” a poll designed and analyzed by public opinion researchers at KFF in collaboration with KHN journalists and editors. The survey was conducted Feb. 25 through March 20, 2022, online and via telephone, in English and Spanish, among a nationally representative sample of 2,375 U.S. adults, including 1,292 adults with current health care debt and 382 adults who had health care debt in the past five years. The margin of sampling error is plus or minus 3 percentage points for the full sample and 3 percentage points for those with current debt. For results based on subgroups, the margin of sampling error may be higher.

Additional research was conducted by the Urban Institute, which analyzed credit bureau and other demographic data on poverty, race, and health status to explore where medical debt is concentrated in the U.S. and what factors are associated with high debt levels.

The JPMorgan Chase Institute analyzed records from a sampling of Chase credit card holders to look at how customers’ balances may be affected by major medical expenses.

Reporters from KHN and NPR also conducted hundreds of interviews with patients across the country; spoke with physicians, health industry leaders, consumer advocates, debt lawyers, and researchers; and reviewed scores of studies and surveys about medical debt.