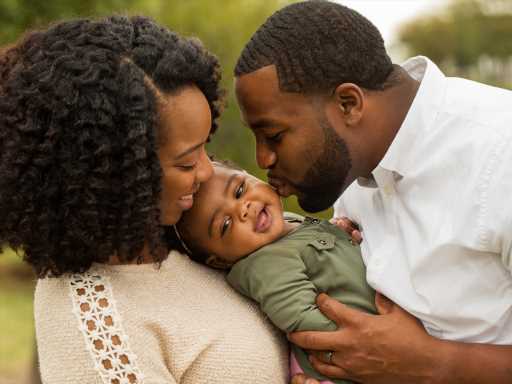 So many of us want to choose baby names that honor our family heritage, but would we still do that if it might be somehow harmful to their future happiness and success? That worry led a new mother to give her son a “Eurocentric” name instead of the African baby name her husband wanted to give him. It’s a choice that saddens us deeply, and it’s caused a rift between these new parents.

“My husband and I had been discussing names for the longest before he was born,” Reddit user GodHatesCheeses wrote in the AITA forum. “He wanted the baby’s name to be Jafari, which is a popular African name. (We are both African). However, I had been thinking about how unfair America can be when it comes to any POC or darker skinned people in general. A common problem that people like me seem to face is finding jobs simply because our names don’t sound ‘white.’ I struggled with this very much growing up and I didn’t want my little boy having as hard of a time.”

GodHatesCheeses’ doesn’t just have to rely on her personal experience to back this up. Several studies have shown that when employers look at resumes, they invite more of the people with “white-sounding” names and “whitened” resumes in for interviews than those with names more commonly associated with Black and Asian candidates.

“So when it came time to sign the paper work for the baby, despite my husband’s complaints, I signed his name down as Jacob,” the new mom wrote. “My husband was furious and said that I was being selfish. To be fair, I had pretended to agree with the name, only to change my mind last second. We argued more after the nurses left, him saying that I was being delusional and that his name wouldn’t affect his ability to get jobs.”

Is she being “delusional” or realistic? We sincerely hope she’s wrong by the time her son is an adult. If all the companies pledging to diversify their staff this year aren’t just paying lip-service to the principle, maybe that will be the case. At the same time, is she giving in to the racists by letting their actions dictate her baby’s name?

A week after naming their baby, GodHatesCheeses said she’s having second thoughts about her decision, which is why she asked Reddit’s opinion on her actions.

First off, many have told her that what makes her “the asshole” is the fact that she made this decision on the official paperwork without discussing it first with her husband.

“[Y]ou were wrong to just bypass your husband on such a big decision that should be joint,” ADawg28 wrote. “Stopping to talk further before signing paperwork? Absolutely fair. TBH it doesn’t sound like you were anywhere close to being on the same page before your son was born. You say your husband wanted to name him Jafari and you never mention your liking the name or even having any interest in giving your son an African name. So I think you maybe should have insisted on talking about it more before finalizing anything. But making the unilateral decision without bringing your husband in — not okay AT ALL.”

GodHatesCheeses wrote back to this to say, “I think Jafari is a beautiful name honestly. I just want my son to have a better life than I had growing up African. I do regret going behind my husband’s back, I believe I did so because he’s a little headstrong when it comes to our culture. But you’re right, it’s not ok.”

Several people agreed that her fears were valid. But one man wrote of still loving his name, despite what it made him experience.

“As an African American(M23) with a name that has heavy Muslim influence in it, sure, it does come into play when I’m searching for a job & I’ve been ridiculed for my name from kindergarten on up,” Tragarful_Law wrote. “But it became a part of my identity. Did I at times when I was younger wish I had a ‘normal’ name? Hell, yeah, but I came to love it, a gift from my late mother that I cherish. At the end of the day your character is what matters most.”

A few suggested that the parents compromise by adding a middle name — either Jafari as the middle name or Jacob — so he can use Jafari socially, and Jacob on resumes and school applications.

That still strikes us as heartbreaking. It should be on us as a society to make this question moot, not on parents to try to predict how their children will be discriminated against in the future. The good news is that if this new mom still regrets her choice, she has plenty of time to change her baby’s name.

These celebrity parents made bold choices when it came to naming their babies.