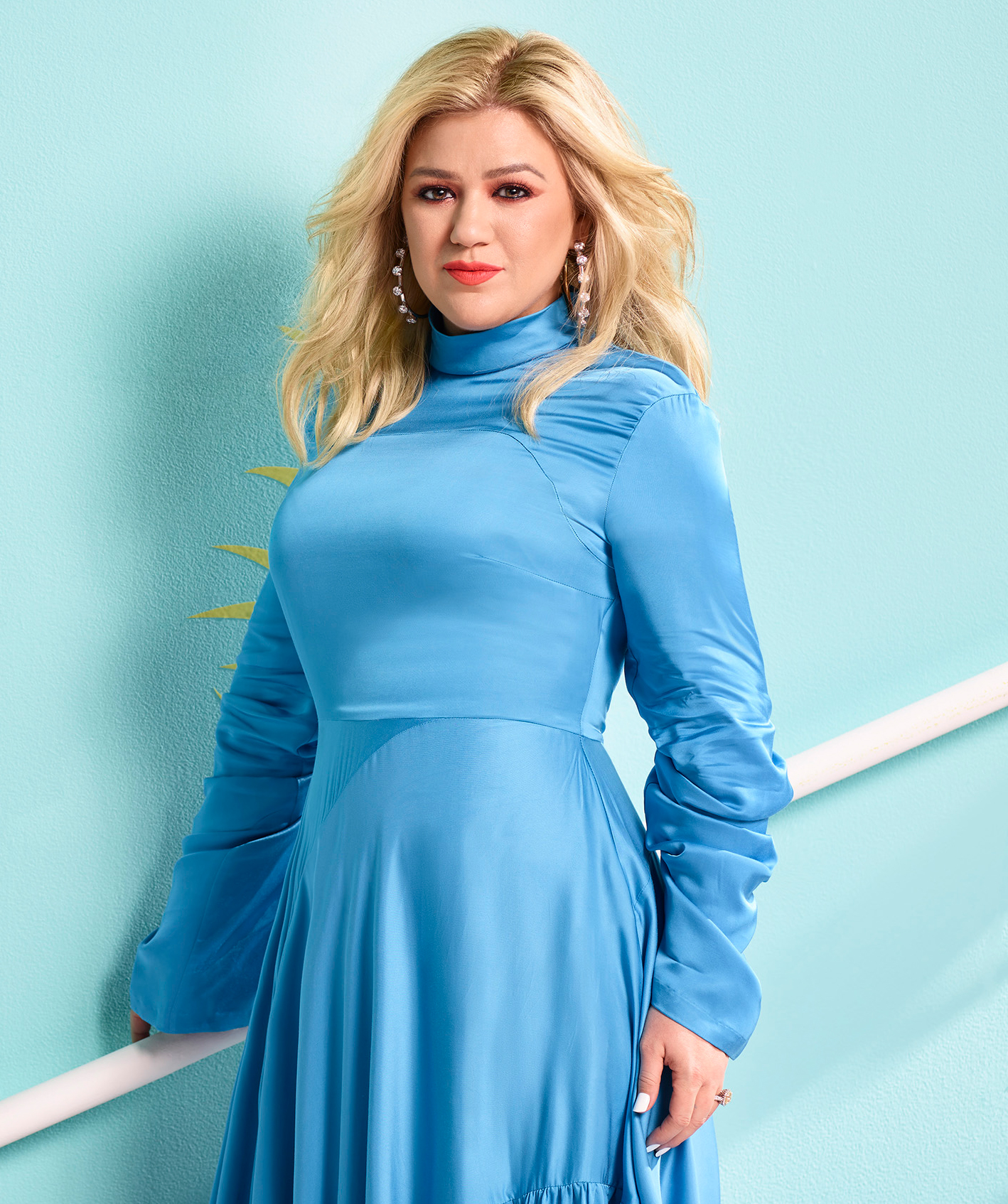 Kelly Clarkson doesn’t mind laughing at herself — and she did just that after seeing her latest promo photo for The Voice.

“I feel like this is what I would look like with a boob job,” the three-time winning coach, 37, tweeted on Thursday, February 20, in response to the busy picture. “I don’t know why my chest looks enormous in this pic but thank you to the Universe for this one ha! Finally!”

She added, “I also feel like all I need is a cape and then I’m ready to save some civilians y’all!”

The upcoming 18th season of the NBC singing competition will mark Clarkson’s fifth time as a coach. She won seasons 14, 15 and 17 with contestants Brynn Cartelli, Chevel Shepherd and Jake Hoot, respectively.

The American Idol season 1 champion’s tweet came three days after she clapped back at a body-shamer who called Valerie Bertinelli “chubby.”

“True power is recognizing the projection of others negativity & punching it square n the face w/all the positive, remarkable, intelligent, beautiful light that seeps from ur pores,” Clarkson tweeted on Monday, February 17. “Pity people that speak ill of others because while some of us r dancing, the others r too afraid.”

The Kelly Clarkson Show host has been a vocal champion of body positivity and women empowerment since the early days of her music career. She has also spoken candidly about her fluctuating weight.

“It’s when I’m fat that I’m happy. People think, ‘Oh, there’s something wrong with her. She’s putting on weight.’ I’m like, ‘Oh, no! I’m sorry, but that represents happiness in my emotional world,’” she told Redbook in 2017. “For me, when I’m skinny is usually when I’m not doing well. If you gauge your life on what other people think, you’re going to be in a constant state of panic trying to please everyone.”

Clarkson added, “People should just concentrate on their own lives and their own health and their own happiness, and whatever that looks like for you, be happy with it.”