Home » How to deal with diaper rashes in children 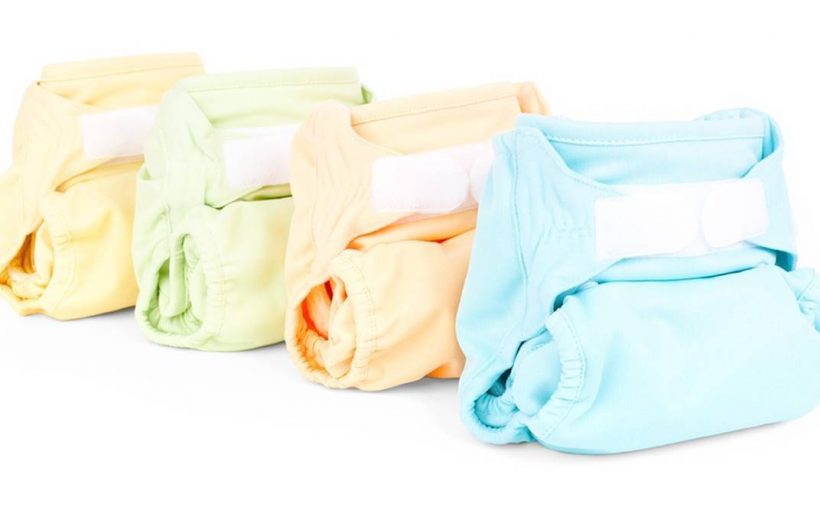 It is one of the common skin disorders seen in young infants and generally seen in babies aged nine months to one year. Diaper rash is a common but uncomfortable skin rash that occurs in infants and in babies who are less than two years old. It is distressing to see babies suffering from it and causes huge undue stress to the parents.

Why does a diaper rash occur?

Diaper rash is an inflammatory condition of the skin of the diaper area. It is one of the common skin disorders seen in young infants and generally seen in babies aged nine months to one year. It is most commonly caused by irritation of the skin. It results due to a combination of multiple factors such as increased moisture, prolonged contact with urine or faeces, and other irritants like detergents.

This is the most common type of diaper rash. It develops when something in the diaper, or sometimes the diaper itself, irritates the skin.

A group of fungi normally live in the skin and diaper area. When they grow in excess, however, it can cause a painful diaper rash called candidiasis, or a yeast infection.

It can happen if your child has very sensitive skin or when urine or stool in the diaper touches skin for too long, making it sore and red. Newborns and infants are at an increased risk due to skin immaturity and typically the peak incidences occur during or around the 9 to 12 months of age.

Diaper dermatitis occurs in about 50% of infants, and it accounts for about 25% of visits to primary care physicians related to dermatologic complaints in the first year of life. It may be seen that the symptoms usually begin with an increased frequency of stools or changes in its appearance (loose), followed by the development of redness around the diaper area about two days after.

Management of diaper dermatitis has two goals: healing of damaged skin, and prevention of rash recurrence.

The strategies to achieve these goals include:

Change diapers more frequently to prevent babies from sitting in moisture. Good hygiene is essential to maintain skin integrity. Reducing the exposure to irritants, like urine and faeces, can be achieved with frequent diaper changes, and by having diaper free time. The skin should be cleaned and rough scrubbing should be avoided, which could irritate the skin more. After cleaning, the skin should be exposed to air, leaving the diaper off for several hours if possible.

Bathing and cleaning the diaper area with water and nonirritant cleansing soap solutions. One of the most commonly asked questions is the use of wet wipes. Recent evidence indicates that the use of wet wipes per say does not increase the incidence of the rash. Newer formulations of wet wipes have pH buffers which theoretically help to balance the alkaline pH of the urine and prevent skin damage due to pH changes. If an infant has diaper rash, it is best to clean the diaper area gently using scent-free soap and water from front to back in one stroke with one wipe or cotton. For every new stroke use a fresh wipe or cotton wool ball soaked in water before patting it dry.

When putting on a fresh diaper, secure it comfortably, not too tight and not too loose, allowing some air to circulate

Use topical emollients for both prevention and treatment: They can improve the skin barrier function, and they also provide a barrier between the skin and the diaper, urine, and faeces, not limiting the contact with the skin and diminishing irritation, but also preventing over-hydration to the skin. Use only unscented soaps and apply diaper rash creams, using a thick application with each diaper change.

When treating candida diaper dermatitis, topical antifungals should be added to the regimen. Antifungal creams can be used first, applied with every diaper change, with a generally good response.

If the rash has blisters or boils, pus or discharge, please consult a doctor immediately.

Some home remedies such as use of coconut oil, Epsom salt bath, Aloe vera can also help with the prevention of diaper rash

Finally, the ABC of diaper rashes:

B = Barrier; use a paste or ointment to protect the skin.

D = Disposable diapers; during an episode of diaper rash, consider using disposable rather than cloth diapers.

E = Educate; educate yourself about how to prevent a recurrence of diaper rash.

(The writer is Senior Consultant, Neonatologist and Pediatrician at Cloudnine Group of Hospitals, Bengaluru.)