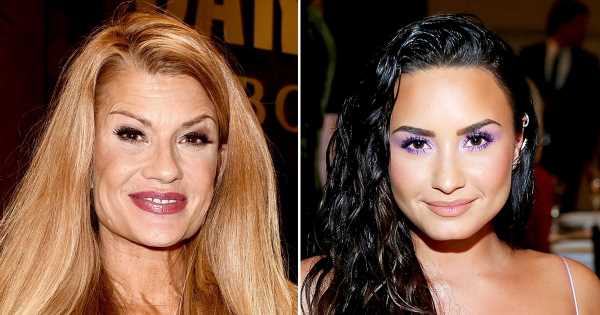 Living in hope. Demi Lovato suffered an overdose in July 2018, but her mom, Dianna De La Garza, doesn’t live in fear of another tragedy.

“I try not to think too much about what happened because we all want to move forward from that, and if you dwell on the past too much, it becomes something that could keep you from moving forward,” the Falling With Wings Opens a New Window. author, 56, told Us Weekly exclusively on Monday, April 22. “Things have happened to us and our lives where I could always be worried that something could happen again, but that’s where therapy and staying healthy, working out … and our faith in God, all work together to keep us from being scared of that.”

She added: “If you stay too much in fear, then you’re not going to be able to move forward from things that have happened.”

The three-time mom, who also parents Dallas Lovato, 31, and Madison De La Garza, 17, hasn’t always been able to keep such a positive mindset.

After losing five “close” family members within one year, De La Garza was afraid every time the phone rang. “I got scared that it was another phone call about another family member,” she told Us. “Through therapy, I was able to work around that fear in order to help me move forward in life and not get stuck in that fear. … My faith in God is something that helps me not to live in fear.”

After Lovato, 26, was hospitalized for her July 2018 overdose, the Sonny With a Chance alum checked into a 90-day rehabilitation program and was released in November 2018.

“When they’re young and they’re minors and they’re living in your house, you have certain rules that you have to set down and that have to be adhered to,” the singer’s mom, who has partnered with Operation Parent Opens a New Window. , an organization providing resources and services engaging parents and children in proactive, productive communication on today’s toughest teen and preteen issues, told Us. “But once they get out on their own, the mistakes that they make are their mistakes to make and they have to learn from [them].”

With reporting by Carly Sloane