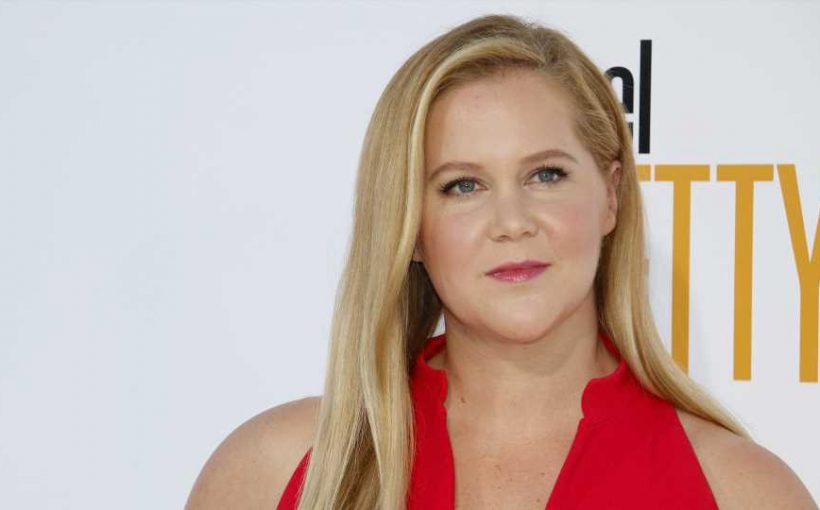 Amy Schumer went to a bar baby-free to watch the World Cup and literally nobody noticed. What gives, y’all? (Honestly, it’s crickets over on Twitter right now.)

And more importantly: Where were we? Because, seriously, that could have been fun, chillin’ with Amy Schumer and howling “goaaalllllllllllllll.” New mom Schumer posted a shot on Instagram of the World Cup match on TV at the bar she was at with the caption, “Where is everyone watching the US women’s soccer team play Spain?! I’m in a bar without a baby.”

Where is everyone watching the US women’s soccer team play Spain?! I’m in a bar without a baby

Schumer and her husband, chef Chris Fischer, had their first child, first son, Gene, in early May 2019 — after a pit stop at the Met Gala red carpet.

But back to the World Cup Schumer solo outing! Fans were quick to respond in her Instagram comment thread, and the responses were as entertaining as Schumer herself. Turns out moms out there are relating HARD (not to the need to skirt skirt to a bar, but just the need for some solo downtime).

“Isn’t that a great feeling?” one fan wrote. “I had my son this year on April 27th and I know how great my first adult outing was!”

“Even new mamas need a break!” commented a second.

“I’m so glad you are doing that for yourself and telling the world. I never allowed myself that kind of time when my kids were babies and it makes it stressful for everyone. Now they are teens and they go out!,” a third said.

We especially love the fan who called the riot sure to happen because of Amy’s baby-free outing: “Cue internet imploding because you’re enjoying yourself without your newborn,” she joked.

One fan was miffed that Amy’s newborn son, Gene, wasn’t able to witness the World Cup action at the bar with her: “rude they don’t allow babies. But also GET YOUR HOOLIGAN ON.”

Other folks took the opportunity to let Schumer know why they weren’t able to make it to the bar to hang out with her.

“[I’m] on my couch without a bra or pants while the kids are with their dad playing in the pool. It’s amazing,” cracked another fan.

“Palm Springs in bed wearing a knee immobilizer with period cramps…  #goodtimes,” added someone who was definitely not having as much fun as Schumer.

We’re hoping the reason Schumer was alone without her BFF wasn’t that Jennifer Lawrence is still mad and pissed off at Baby Gene because Schumer didn’t respond to her texts about Handmaid’s Tale quickly enough. Although: relatable.

Amy, definitely give us some advance warning next time — and we can pretty much promise you won’t be watching a game alone. Although we’re betting that time alone was pretty damn delicious.