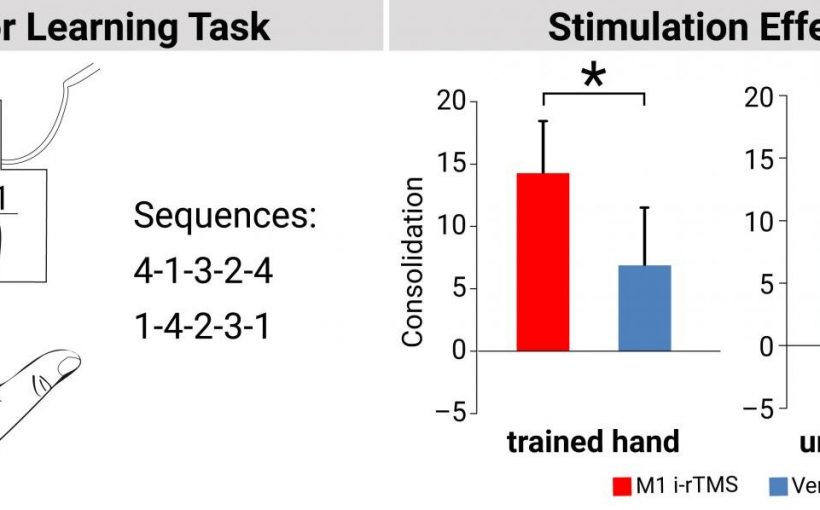 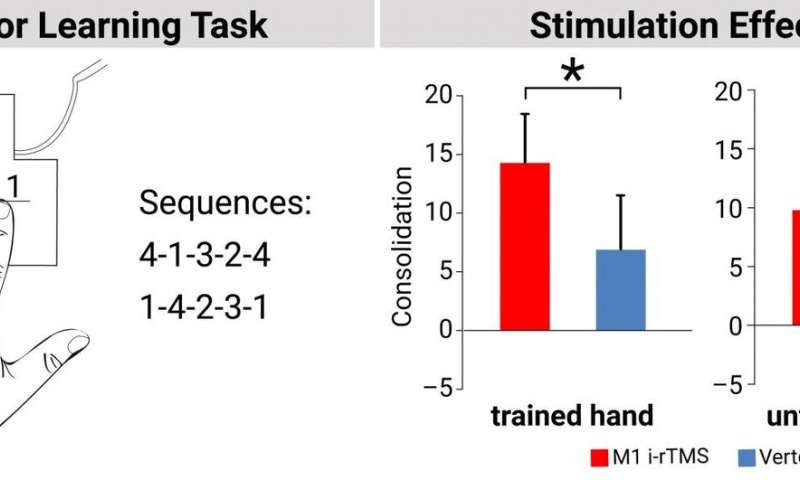 The ability to learn new motor skills is a lifelong prerequisite for mastering everyday tasks independently and flexibly. There are many skills that we do automatically every day without thinking, such as operating a smartphone, typing on a keyboard, or riding a bicycle. But these had to initially be acquired, through repeated practice. The learning of new motor skills takes place both during the active practice of new processes and during breaks between learning sessions, even though one is not practicing. The pauses after practice are particularly important for motor learning. What has been learned solidifies in the brain so that it can be better recalled and executed later.

In a joint study, Jost-Julian Rumpf from the Department of Neurology at the University of Leipzig and Gesa Hartwigsen from MPI CBS suggest the process probably already begins during short interruptions of practice. Further, the solidification process can be improved with brain stimulation.

When exactly does the brain “remember” a newly learned motor sequence? Previously, it was assumed that the stabilization of learned motor processes does not begin until the exercise is complete and then runs for several hours. However, recent work shows that already short breaks within practice sessions shape later recall. “We wanted to understand how relevant the so-called consolidation or perpetuation in these short pauses during practice is for later recall, after several hours, and whether we can influence these processes with brain stimulation,” said first author Jost-Julian Rumpf.

The neurologist developed the study with healthy participants together with MPI researcher Gesa Hartwigsen. Participants had to type a simple sequence of numbers on a keyboard as quickly and accurately as possible. During practice, short pauses were taken after a certain number of trials and participants received magnetic stimulation of the brain during these breaks. The scientists wondered what was going on in the brain during the pauses—could it be that it was already learning at this point?

“The idea was to use magnetic stimulation to specifically influence the motor cortex during the short breaks between individual exercise units,” reports Gesa Hartwigsen. It turned out that the brain stimulation during the short breaks improved recall of the learned number sequence when participants were tested six hours later. Although the participants had stopped practicing, the brain processed the practiced sequences more effectively if the brain had been stimulated during the short pauses within the training, presumably creating a stronger mental trace.