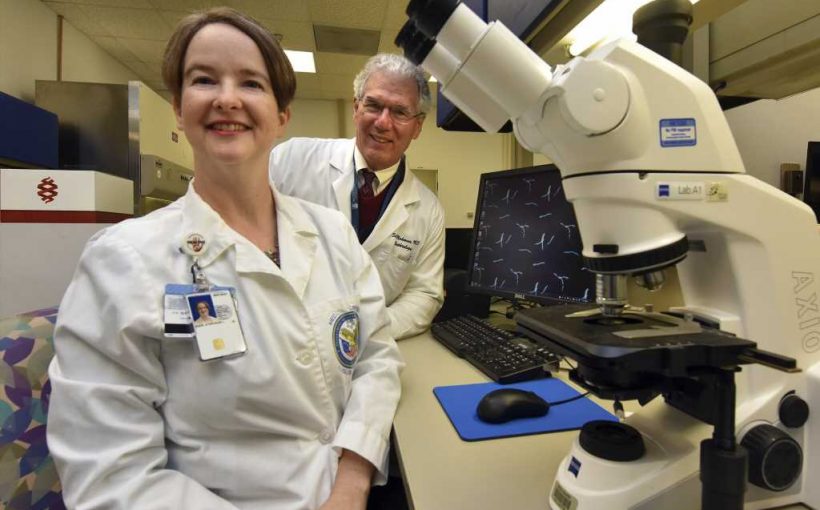 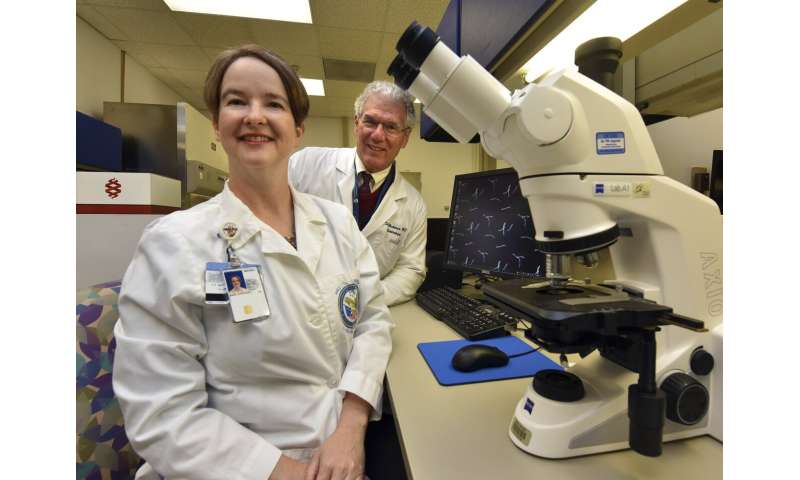 Syphilis rates, like other sexually transmitted disease rates in the United States, are soaring, and the first known study to examine syphilis rates in patients with kidney failure found an incidence greater than three times that of the general population.

Neurosyphilis, in which the brain and entire central nervous system can be affected by the bacterium, whose impact ranges from asymptomatic to deadly, was the second most common syphilis type they found, investigators report in the Clinical Kidney Journal.

That neurosyphilis finding prompted the investigators to suggest that whenever a dialysis patient develops confusion, a syphilis test be part of their evaluation.

“It doesn’t have to be this way. Syphilis is completely treatable and preventable,” says Dr. Stephanie L. Baer, infectious disease physician at the Medical College of Georgia and chief of Infection Control and Epidemiology at the Charlie Norwood Veterans Affairs Medical Center in Augusta.

A key problem is most of us don’t recognize our risk and don’t get tested or treated, potentially with a single dose of penicillin when caught early, says Baer, the study’s corresponding author.

Patients with end stage renal disease, a condition that requires kidney dialysis or a transplant, likely also don’t realize they may be at even higher risk because of a higher incidence of associated factors, including infection with human immunodeficiency virus, as well as other infections like hepatitis and herpes, that can damage the kidneys, says Dr. Stan Nahman, nephrologist and associate chair of translational research in the MCG Division of Nephrology and a coauthor.

Despite the increased risk in these patients and increasing overall rates of sexually transmitted diseases, theirs was the first assessment of syphilis rates among people with end stage renal disease. Others have found latent syphilis—where the infection, which can lie dormant for years, is not yet causing problems—is prevalent in dialysis units in Taiwan, Saudi Arabia and France.

The MCG and VA investigators screened 759,066 patients from 2004-10 using the United States Renal Data System and found 383 had syphilis, a rate more than three times that of the general population, and 83 of the infected patients had neurosyphilis.

They add now that dramatic increases in rates of syphilis and other sexually transmitted diseases in the United States in more recent years mean there likely has been a commensurate increase in rates in kidney failure patients.

In their study, the highest syphilis incidence per 100,000 patients was in Delaware, Washington, D.C., and New Mexico; and patients with the infection tended to be younger, black and non-Hispanic.

The relative risk for syphilis was significantly increased in patients who also had other often sexually transmitted viral infections like HIV, hepatitis C and B and herpes.

Nahman says confusion in dialysis patients also is relatively common and can result from a host of problems like an electrolyte imbalance, a stroke as well as the reality that dialysis, while generally effective, is not as efficient as healthy kidneys at removing toxins from the body. While the standard workup for patients with confusion includes syphilis testing, Nahman suspects the reason testing may not happen is that syphilis is likely not considered a frontline sexually transmitted disease. “We are confirming that routine testing should be done,” Baer says.

Neurosyphilis is curable but left undetected and/or untreated can result in permanent damage to the central nervous system. The combination of HIV and untreated syphilis is a risk factor for neurosyphilis.

Generally speaking, if your doctor does not know or consider you at risk for syphilis and other sexually transmitted diseases, including HIV, you likely are not tested for them, Nahman and Baer agree. They recommend that their colleagues be proactive in asking all their sexually active patients about risk.

In fact, pregnant women are the only group reliably tested for syphilis, yet rates of congenital syphilis, syphilis passed from mother to baby during pregnancy that can result in miscarriage or severe lifelong physical and neurological problems for the child, also are soaring because of lack of prenatal care, Nahman says.

There has been a 71% increase in syphilis and a 185% increase in congenital syphilis since 2014, according to the CDC. Chlamydia cases have increased 19% and gonorrhea 63% in the same timeframe.

This month, the CDC reported the fifth consecutive year of increases in the three sexually transmitted diseases and most “alarming” was newborn deaths from syphilis. There were a total of 1,306 congenital syphilis cases reported in 2018; the most since 1995. The case rate spiked 40% in one year alone and 185% since 2014.

Georgia is among the top 10 states with the highest number of HIV diagnoses in 2017, according to the CDC, and among the top five states for rates of syphilis, chlamydia and gonorrhea.

Groups like Georgia Department of Public Health and the East Central Georgia Health District are working to address the soaring rates of sexually transmitted diseases including using obvious increases in syphilis rates to improve HIV prevention and testing and vice versa, Baer says.

The antibiotic penicillin is the recommended treatment for syphilis and, when diagnosed within a year of infection a single injection may suffice. Individuals with neurosyphilis may need a two-week course given intravenously, sometimes followed by injections. The presence of HIV may affect treatment outcomes and dialysis treatment also may affect treatment. The kidneys typically excrete penicillin, Baer says, so dialysis patients may actually need a smaller dose, another aspect that needs exploration.