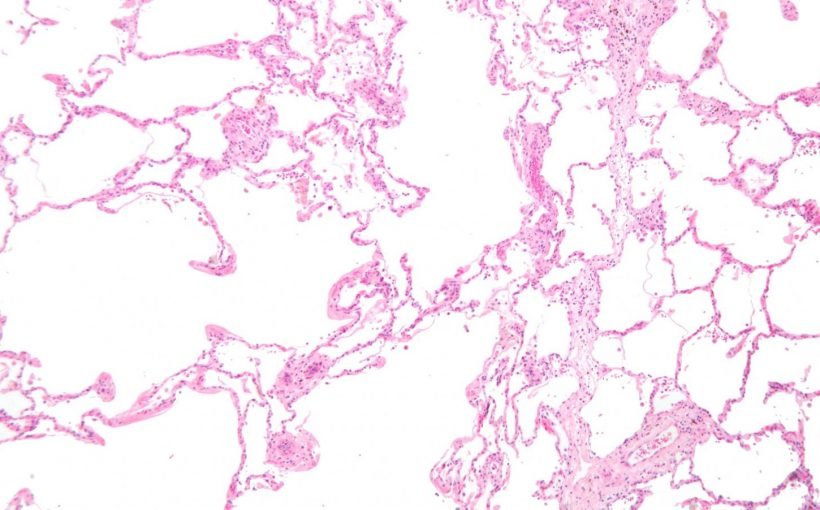 More than 15.3 million people in the U.S. suffer from chronic obstructive pulmonary disease (COPD), which is the third leading cause of death in this country, according to the American Lung Association. Patients often experience potentially life-threatening exacerbations, which can include days-long flare-ups of symptoms including shortness of breath that occur when the airways narrow from muscle tightness, swelling and mucus.

New research published online May 20 by the New England Journal of Medicine and co-led by Temple’s Gerard J. Criner, MD, FACP, FACCP shows that the asthma drug benralizumab failed to decrease annual COPD exacerbation rates for patients with moderate to very severe COPD, a history of frequent moderate and/or severe exacerbations, and eosinophilic inflammation. Eosinophilic inflammation occurs when a type of white blood cells known as eosinophils, which help fight off infections and play a role in the body’s immune response, build up in one location. Eosinophilic inflammation is associated with an increased exacerbation risk. The research was co-led by Bartolome R. Celli, MD, from the Pulmonary and Critical Care Division at Brigham and Women’s Hospital, Harvard Medical School, Boston, MA, and was published in conjunction with a presentation at the American Thoracic Society International Conference 2019.

“COPD is a life-altering condition that causes serious long-term disability for patients,” said Dr. Criner, Chair and Professor of Thoracic Medicine and Surgery at the Lewis Katz School of Medicine at Temple University, Director of the Temple Lung Center and corresponding author on the study. “Discovering treatments that prevent and/or limit exacerbations is a priority for clinicians and researchers as we seek to improve the quality of life for patients. Unfortunately benralizumab did not accomplish that objective in these studies, but the findings will inform current and future avenues of exploration for new treatments.”

The Phase III, randomized, double-blind, placebo-controlled, parallel-group clinical trials GALATHEA and TERRANOVA evaluated the efficacy and safety of benralizumab for the prevention of exacerbations in patients with moderate to very severe COPD, eosinophilic inflammation, and increased risk of exacerbations. Benralizumab is a type of drug called an interleukin-5 receptor alpha-directed cytolytic monoclonal antibody. It is approved by the FDA for the treatment of severe eosinophilic asthma.

An earlier, Phase II trial of benralizumab found a non-statistically significant reduction in COPD exacerbation rate for patients with eosinophilic inflammation in the airways. In this Phase III trial, the researchers sought to discover whether benralizumab’s ability to deplete the airways of blood eosinophils in patients with eosinophilic inflammation would lead to a reduction in COPD exacerbations.

More than 3,000 patients aged 40-85 who met the inclusion criteria were randomized across the two studies at hundreds of sites around the globe. Patients received placebo or benralizumab via subcutaneous injection every 4 weeks for the first three doses, then every 8 weeks thereafter during the 56-week treatment period.