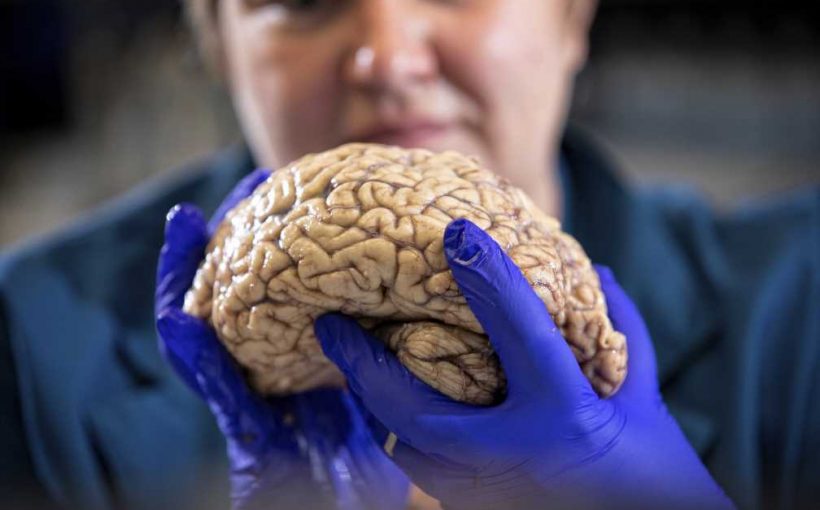 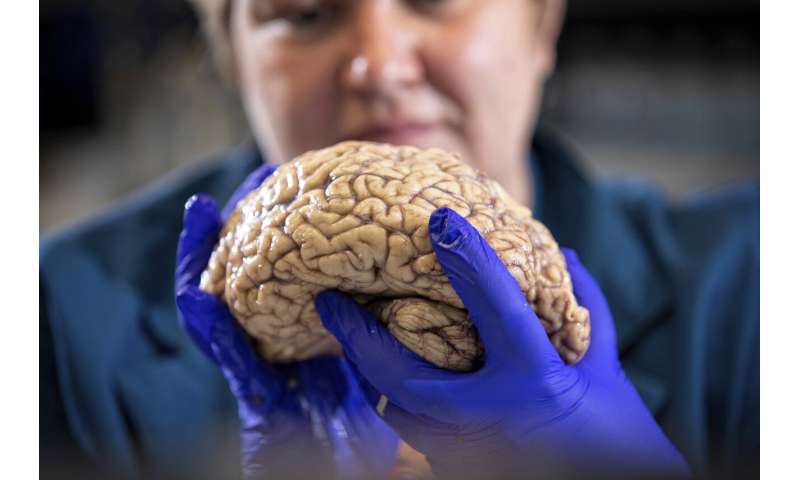 When researchers at the University of Kentucky compare brains donated from people who died with dementia, very rarely do they find one that bears only Alzheimer’s trademark plaques and tangles—no other damage.

If they do, “we call it a unicorn,” said Donna Wilcock, an Alzheimer’s specialist at the university’s aging center. Contrary to popular perception, “there are a lot of changes that happen in the aging brain that lead to dementia in addition to plaques and tangles.”

That hard-won lesson helps explain how scientists are rethinking Alzheimer’s.

For years researchers have been guided by one leading theory—that getting rid of a buildup of a sticky protein called amyloid would ease the mind-robbing disease. Yet drug after drug has failed. They might clear out the gunk, but they’re not stopping Alzheimer’s inevitable worsening.

With more money—the government had a record $2.4 billion to spend on Alzheimer’s research this year—the focus has shifted to exploring multiple novel ways of attacking a disease now considered too complex for a one-size-fits-all solution. On the list, researchers are targeting the brain’s specialized immune system, fighting inflammation, even asking if simmering infections play a role.

Some even are looking beyond drugs, testing if electrical zaps in the brain, along a corridor of neural connections, might activate it in ways that slow Alzheimer’s damage. Tuesday, doctors at Barrow Neurological Institute in Phoenix announced they had implanted a pacemaker-like “deep brain stimulation” device into the first of more than 200 patients for an international study .

Most of the fresh starts for drugs are in the earliest research stages. It’s far from clear that any will pan out, but “the field is now much more open-minded than it ever was to alternative ideas,” Wilcock said.

BREAKING THE PLAQUE AND TANGLE LINK

No one knows what causes Alzheimer’s but amyloid deposits were an obvious first suspect, easy to spot when examining brain tissue. But it turns out that gunk starts silently building up 20 years before any memory loss, and by itself it’s not enough to cause degeneration. 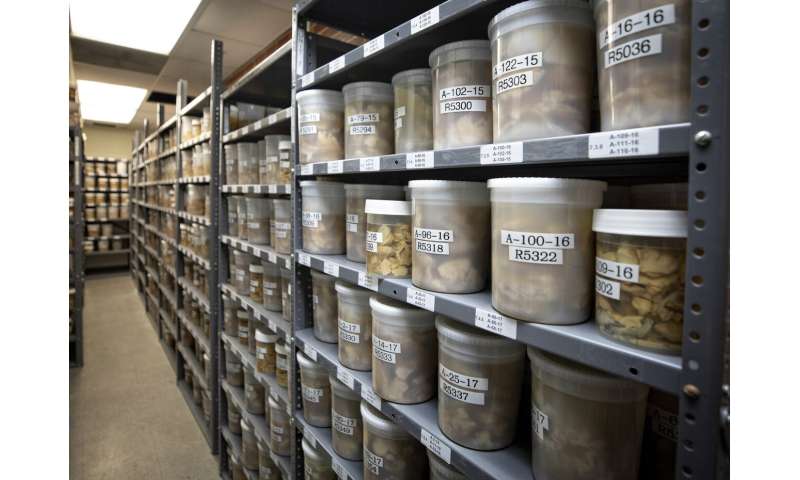 But again, not always: Autopsies show sometimes people die with large amounts of both plaques and tangles, yet escape dementia.

So something else—maybe several other things—also must play a role. One possible culprit: The brain’s unique immune cells, called microglia (my-kroh-GLEE’-ah).

No surprise if you’ve never heard of microglia. Neurons are the brain’s rock stars, the nerve cells that work together to transmit information like memories. Microglia are part of a different family of cells long regarded as the neurons’ support staff. But “it’s becoming clear they’re much more active and play a much more significant role,” said Dr. Richard Hodes, director of the National Institute on Aging.

One microglial job is to gobble up toxic proteins and cellular debris. Recently, a mutation in a gene called TREM2 was found to weaken microglia and increase the risk of Alzheimer’s. Dr. David Holtzman at Washington University in St. Louis took a closer look—and says microglia may be key to how the amyloid-tau duo turns toxic.

In donated human brains, his team found more tau tangles clustered around amyloid plaques when people harbored microglia-weakening TREM2 mutations. The researchers altered the TREM2 gene in mice and seeded their brains with a little human tau. Sure enough, more tangles formed next to plaques in mice with weak microglia than in those with functional immune cells, they recently reported in Nature Neuroscience.

Why? Normal microglia seem to restrict amyloid plaques, which limits damage to surrounding tissue—damage that can make it easier for tau to take hold, he explained.

While it was known that amyloid buildup drives tau tangles, “we never had a good clue as to how it is doing that,” Holtzman said. The new findings “would argue that these cells are sort of a missing link.” 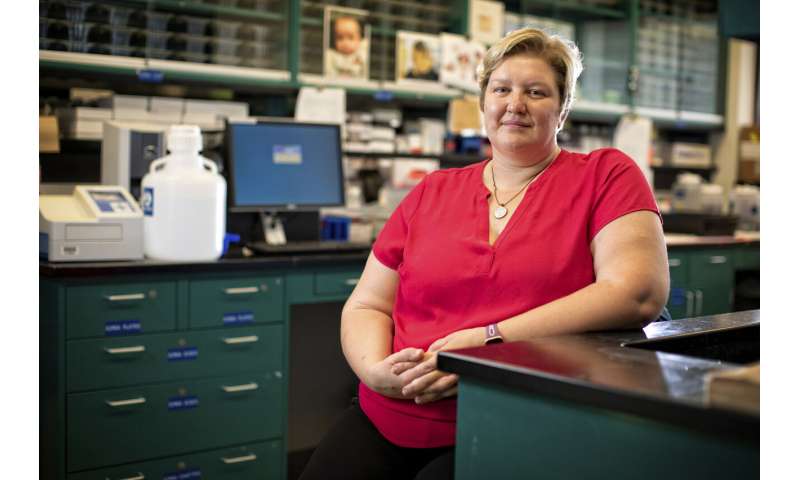 Could gum disease or herpes be to blame? The idea that infections earlier in life could set the stage for Alzheimer’s decades later has simmered on the edge of mainstream medicine, but it’s getting new attention. It sounds weird, but both the germ that causes gum disease and different strains of herpes viruses have been found in Alzheimer’s-affected brain tissue.

Researchers in New York are testing the herpes drug valacyclovir in 130 people with mild Alzheimer’s who have evidence of infection with certain herpes strains.

And Cortexyme Inc. is enrolling more than 500 early-stage patients around the country to test a drug that targets potentially neuron-damaging substances produced by gingivitis bacteria.

Whether the germ theory is a worthwhile pursuit was hotly debated at an international Alzheimer’s Association meeting in July. One skeptic, Dr. Todd Golde of the University of Florida, cautioned that germs’ mere presence doesn’t mean they caused dementia—they could be a consequence of it.

“Maybe these are just opportunistic pathogens that have space to spring up in the brains of people affected with Alzheimer’s disease,” said Benjamin Readhead of Arizona State University, who co-authored that U.S. paper. But, “it looks at least plausible that some of these pathogens are capable of acting as accelerants of disease.”

One key commonality among emerging Alzheimer’s theories is how aggressively the brain’s immune system defends itself—and thus how inflamed it becomes.

Inflammation is a normal part of the body’s response to illness and injury, one method of fighting infection or healing wounds. But when inflammation is too strong, or doesn’t go away, it’s like friendly fire that harms cells. Remember how some people have lots of plaques and tangles but no dementia? A few years ago Massachusetts General researchers found strikingly little inflammation surrounded all the gunky buildup in the resilient brains—but the Alzheimer’s-affected brains harbored a lot.

Research since has found similar inflammatory effects with other forms of dementia—like vascular dementia, where tiny blood vessels that feed the brain are lost or blocked, and dementias caused by Lewy bodies or other toxic proteins. A growing list of genes linked to inflammatory processes also may play a role. 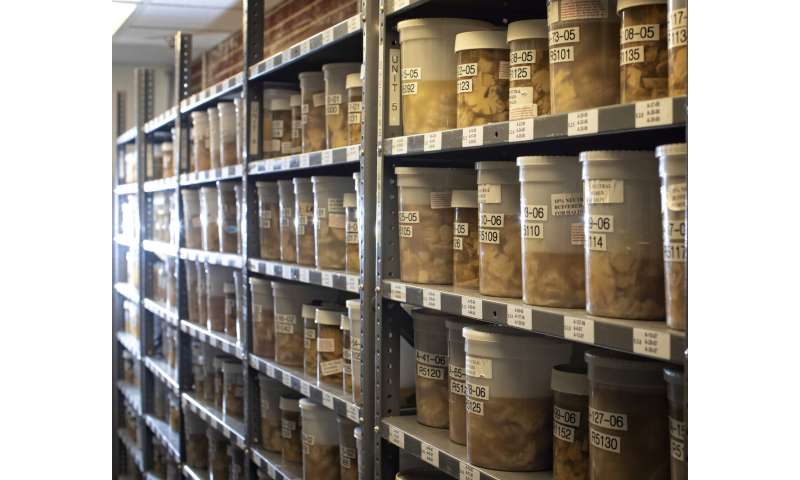 A handful of drugs are being explored in the quest to tamp down inflammation’s damaging side without quashing its good effects. Take those microglia, which Holtzman said “may be a two-edged sword.”

Early on, before there’s too much plaque, revving them up may be good. But later on, a hyperactive swarm around growing plaques spews out inflammatory molecules.

In addition to their immune system job, microglia also secrete molecules that help nourish neurons, noted Kentucky’s Wilcock. The goal is to restore the natural balance of a healthy brain’s environment, she said, so microglia “can perform their essential functions without damaging surrounding tissue.”

AMYLOID’S STILL IN THE PICTURE

All those drug flops weren’t a waste of time.

One lesson: Timing may matter. Most of the failed anti-amyloid drugs were tested in people who already had at least mild symptoms. Some studies seeking to prevent memory loss in the first place still are underway. Several anti-tau drugs also are being tested.

Another lesson: Most people have a mix of different dementias, which means they’ll need a variety of treatments.