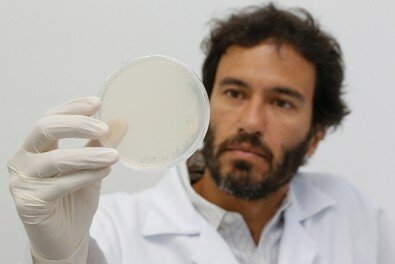 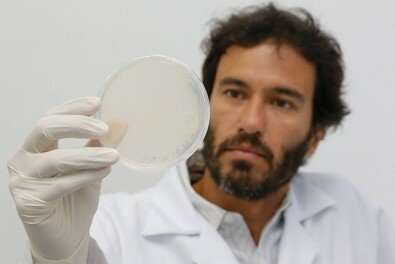 A group of researchers based in Brazil and the United States have developed a molecule that halts the progression of heart failure and improves the heart’s capacity to pump blood. Rats with heart failure were treated for six weeks with the molecule SAMβA. The disease not only stabilized, as it usually does in response to conventional drug therapy, but actually regressed, thanks to an improvement in the contractile capacity of the cardiac muscle.

Heart failure may result from myocardial infarction, commonly known as a heart attack, when a blocked coronary artery prevents blood from reaching a section of the heart. The rest of the cardiac tissue is overloaded, and the heart’s capacity to pump blood throughout the body gradually declines over time.

The researchers have applied for a patent on SAMβA and its use in the United States. The molecule may come to supplement or even replace the medications currently used to treat heart failure, most of which were developed back in the 1980s.

An article describing SAMβA has been published in Nature Communications. The name SAMβA stands for “selective antagonist of mitofusin 1-β2PKC association,” referring to the molecule’s capacity to inhibit the interaction between protein kinase C beta 2 (β2PKC), a common protein in heart cells, and mitofusin 1 (Mfn1), a key element of mitochondria, which are the organelles that produce energy for cells.

In this interaction, β2PKC inhibits Mfn1, preventing the mitochondria from producing energy and hence weakening the heart’s blood-pumping action.

“This interaction was one of our main findings in this study. Its critical role in the progression of heart failure was previously unknown,” said Julio Cesar Batista Ferreira, a professor at the University of São Paulo’s Biomedical Science Institute (ICB-USP) in Brazil and principal investigator for the study. Ferreira began research in the field in 2009 when he was a postdoctoral fellow at the same university’s School of Physical Education and Sports (EEFE-USP) with a scholarship from FAPESP – São Paulo Research Foundation.

Once the patent has been granted, Ferreira added, the molecule can be tested in connection with hypertension and other cardiovascular diseases.

“We suspect the interaction between these two proteins may be a factor in other degenerative diseases involving mitochondrial dysfunction,” Ferreira told Office.

Previous research by Ferreira’s group at ICB-USP showed that the inhibition of β2PKC, which is overproduced in the cells of failing hearts, improved cardiac function in these patients. However, the intervention prevented the protein from acting in other ways that benefit the heart.

The novelty of SAMβA is its selectivity: it inhibits only β2PKC’s interaction with Mfn1 in mitochondria and does not affect the protein’s other actions.

Ferreira offers an analogy to explain this selectivity, comparing a heart cell to a company office with several rooms. β2PKC is an office clerk who moves along the corridors and goes into the different rooms, interacting with the managers of the respective sectors to perform his/her duties. When he/she enters one particular room (the mitochondrion), however, the office clerk (β2PKC) prevents a particular manager (Mfn1) from doing his/her job.

With the first molecule developed by the group, it was as if the doors of all the rooms were closed. The office clerk no longer hampered the mitochondrial manager and did not enter any other rooms; the company (heart cell) did not function harmoniously.

However, all SAMβA does is prevent β2PKC from interacting with Mfn1 in mitochondria. “It’s as if we only closed the door to the room the clerk isn’t allowed to enter while leaving him free to go into all the others, so the company can continue functioning properly,” Ferreira said.

To arrive at SAMβA, the researchers performed tests with recombinant proteins, cells, animals, and samples of cardiac tissue from patients with heart failure.

Ferreira’s group first conducted different in vitro experiments to test the interaction between β2PKC and Mfn1. They found six molecules that inhibited the interaction, but only SAMβA did so selectively without influencing other interactions.

Next, SAMβA was tested in human heart cells. In addition to halting the progression of the disease, which is already achieved by the drugs currently in use, the molecule boosted the cells’ capacity to contract—an essential part of the job done by the heart in pumping blood throughout the body.

SAMβA also reduced the amount of hydrogen peroxide in heart cell mitochondria. The presence of this peroxide characterizes oxidative stress, which is a trigger of cardiac cell degeneration.

Finally, the researchers induced myocardial infarction in rats. One month later, the rats developed heart failure, and an osmotic pump was implanted under the skin of each rat to release small amounts of SAMβA or an innocuous substance (in the case of the control group) for six weeks.

Unlike the control rats, those that were treated with SAMβA stopped exhibiting heart failure, and their cardiac function improved.

The next step is to make SAMβA available to other research groups for testing against other diseases in different experimental models. It will also be necessary to test the molecule’s interaction with the drugs now used to treat heart failure.

“Validation and reproduction of our findings by other groups are critical to the process of developing SAMβA for use in treating heart failure. We will be seeking partners in the private and public sectors for this purpose,” Ferreira said.