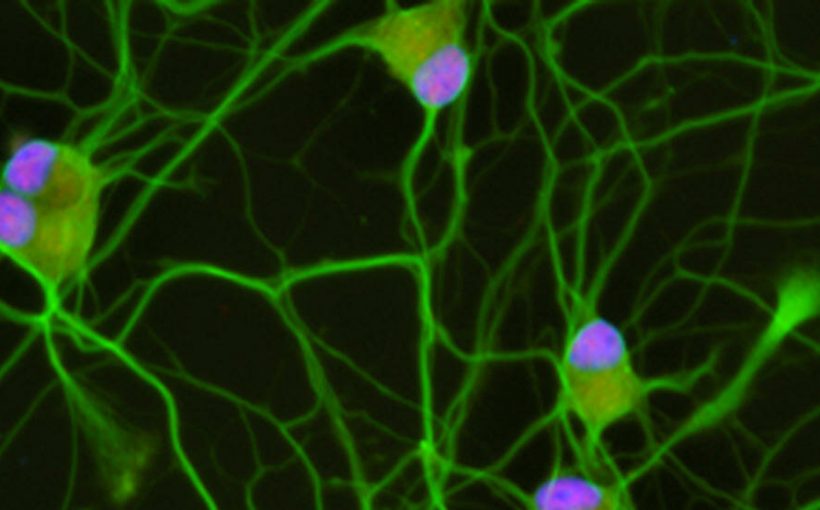 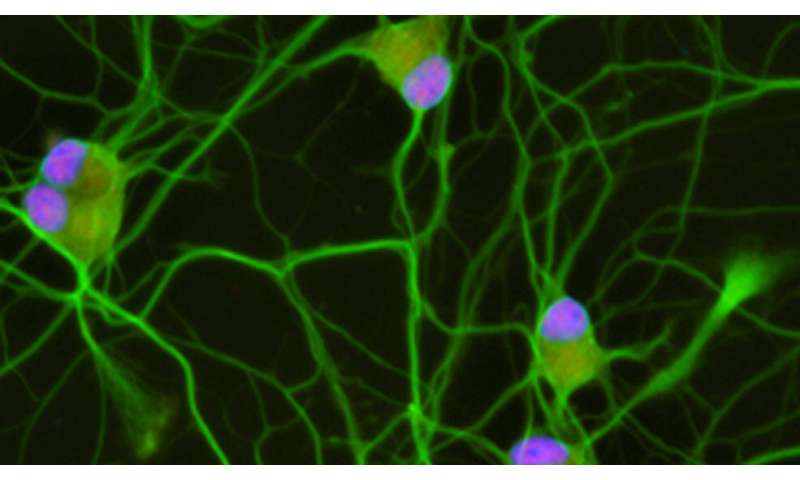 Research led by stem cell scientists at Harvard University points to a potential new biomarker and drug target for amyotrophic lateral sclerosis (ALS), a neurological disease that is extremely difficult to diagnose and treat. Published in Nature Neuroscience, the study used stem cell models of human motor neurons to reveal the gene STMN2 as a potential therapeutic target, demonstrating the value of this human stem cell model approach in drug discovery.

Patients with ALS experience the loss of motor neurons and progressive paralysis. Following a long diagnostic journey, they may survive up to five years. Two ALS drugs have been approved by the U.S. Food and Drug Administration (FDA), but they act only to slow the disease.

In addition to a cure—or even a treatment that is effective for more ALS patients—a robust test for ALS is sorely needed. For that to happen, scientists need to find a reliable biomarker of the disease.

About 10 years ago, scientists found aggregates of a protein called TDP-43 in post-mortem neurons from ALS patients. This protein should have been in the nucleus of those neurons, but instead it was being flushed out, and building up in the cytoplasm.

Clearly, some of the genes at work in the trash-disposal system of neurons (called the proteasome) were interacting with TDP-43 in a way that led to ALS. But which genes are involved, and what they are doing, has not been known.

The gene that encodes for TDP-43 can be mutated to trigger ALS. It is passed on to future generations, who then develop either ALS or, in some cases, frontotemporal dementia (FTD). Since TDP-43 aggregates were discovered in ALS patients, they have been well known as a hallmark of the disease.

What the researchers did

TDP-43 is one of many proteins that binds to RNA, which is responsible for transmitting genetic information and translating it into a concise recipe for a given protein, for example part of a growing neuron.

The researchers set out to identify, for the first time, all the possible types of RNA that are regulated by the TDP-43 protein in the context of human neurons. Until now, studies like this have only been carried out in mice and cancer cell lines.

Then, they looked at what happened to each gene when they manipulated TDP-43.

The researchers reduced the levels of TDP-43 protein in human stem cell-derived motor neurons. Then, using RNA-sequencing, they analyzed how gene expression changed in these cells.

Among the thousand or so genes that changed when TDP-43 was manipulated, one stood out: Stathmin2 (STMN2), a gene that is important in neural outgrowth and repair. STMN2 changed consistently in step with TDP-43.

“Once we had a connection between the TDP-43 and the loss of this other critical gene, STMN2, we could see how a motor neuron might begin to fail in ALS,” said Joseph Klim, postdoctoral fellow in the Harvard Department of Stem Cell and Regenerative Biology (HSCRB).

“With the discovery that our human stem cell model had predicted exactly what was happening in patients, Joe went on to test in this system whether fixing Stathmin2 could rescue the motor neuron degeneration in our dish caused by disturbing TDP-43. In a beautiful series of experiments that I believe provide great hope for patients, he went on to show this was exactly the case: rescuing expression of Stathmin2 rescued motor neuron growth,” said Kevin Eggan, Professor of Stem Cell and Regenerative Biology at Harvard.

“We discovered that when TDP-43 levels are diminished in the nucleus, a cryptic exon is spliced into STMN2 messenger RNA. That basically deletes its instructions for making functional protein,” explained Klim. “It becomes impossible for STMN2 to create a vital component for repairing or growing motor neuron axons.”

The next step was to see if their findings reflected the reality of a patient’s biology. They obtained data from RNA sequencing studies that used post-mortem samples from ALS patients. Those rare datasets, compared with controls, echoed the team’s original findings in human stem cell models. The data from ALS-patient spinal cords mapped to the cryptic exon, but data from the controls did not.

Luis Williams of Q-State Biosciences, whose Ph.D. thesis in HSCRB was the first major step in this study, added, “Because we had pluripotent stem cells of human origin, we could make cells in a dish that are relevant to ALS and investigate this very specific problem in the right context: with a human genome and all of the genetic factors that regulate motor neurons.”