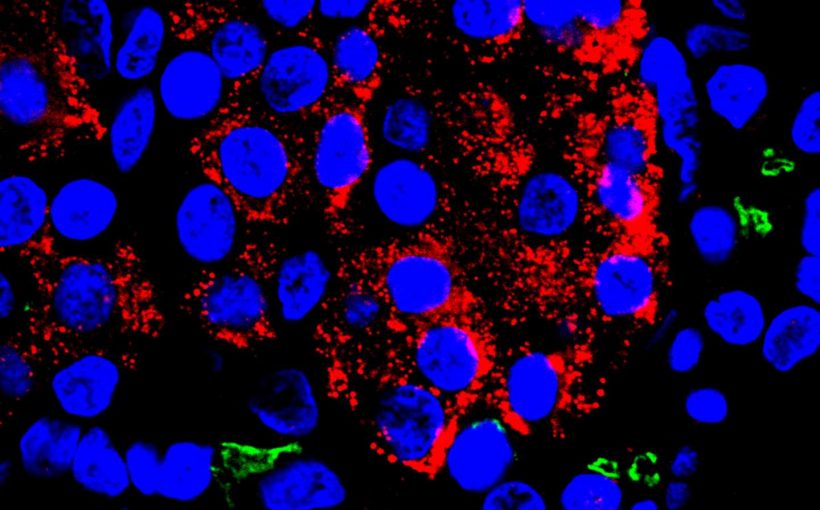 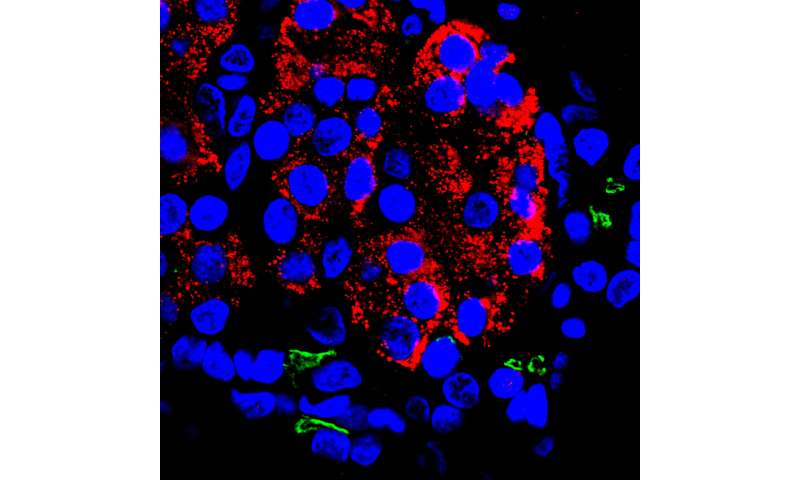 Scientists created human pancreas on a chip that allowed them to identify the possible cause of a frequent and deadly complication of cystic fibrosis (CF) called CF-Related Diabetes, or CFRD.

It may be feasible to also use the small two-chambered device, which features bioengineered human pancreatic organoids to study the causes of non-CF-related conditions such as type 1 and 2 diabetes, according to researchers at Cincinnati Children’s Hospital Medical Center, who report findings in Nature Communications.

First, however, the scientists want to see if their device can help people with CF—a genetic lung disease caused by a mutation in the CFTR gene. The mutation leads to a water and salt imbalance on cell surfaces that clogs the lungs with thick mucus.

As people with CF get older, they become increasingly at risk for CFRD, according to Anjaparavanda Naren, Ph.D., the study’s principal investigator and Director of the Cystic Fibrosis Research Center (Division of Pulmonary Medicine). Making matters worse is that until now there hasn’t been an effective way to study CFRD in the lab to look for better treatments.

“Mouse models of CF don’t faithfully recreate CF-Related Diabetes in the lab, and it wasn’t possible to study the disease at the depth we achieved in this study,” said Naren. “Our technology closely resembles the human pancreas and potentially may help us find therapeutic measures to manage glucose imbalance in people with CF, which is linked to increased illness and death.”

The in vitro chip technology can be used to study CFRD and glucose imbalance in specific individuals with the condition, creating the potential for diagnosing different disease manifestations on a highly personalized basis. The chip can help assay variability in the glucose measures of different people, determine correlation of glucose levels with the CFTR mutation type, and test small-molecule interventions. 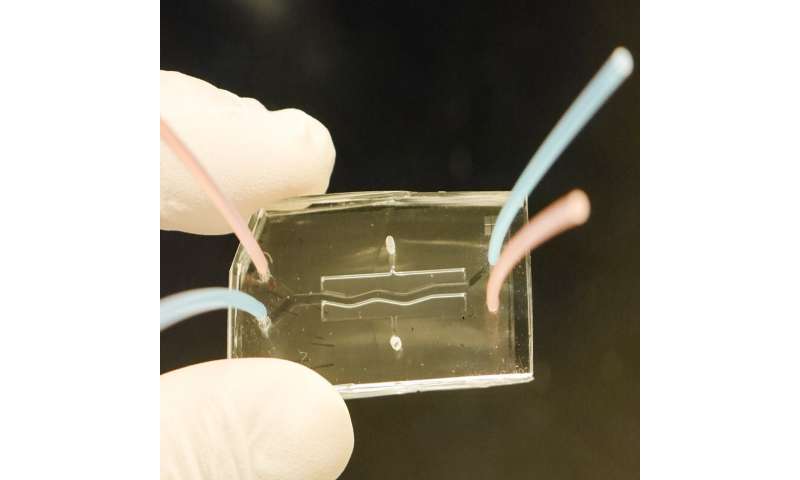 Chipping Away at CFTR Conundrum

Although mutations in the CFTR gene are known to cause cystic fibrosis, its role in CFRD is unclear. To answer that question, the researchers started by isolating pancreatic ductal epithelial cells and pancreatic islets donated by surgical patients.

The ductal organoids were cultured in a transparent dual-chamber called a micro?uidic device, which contained specific biochemical solutions to generate the pancreas-on-a-chip. Ductal epithelial cells were cultured in the top chamber and pancreatic islet cells were in the bottom chamber, separated by a thin layer of porous membrane that allowed the different chambers to interact.

The cells grew and expanded into three-dimensional pancreatic organs that mimicked cell-to-cell communications and fluid exchange, similar to the function of a naturally developed human pancreas.

When the researchers tested pancreas-on-a-chip by disrupting CFTR gene expression, it impaired cell-to cell communication, fluid exchange and negatively affected endocrine function. This caused an insulin deficiency and recreated the CFRD disease process similar to that observed in the pancreas of a person, Researchers said this confirmed that the CFTR gene has a direct role in regulating insulin secretion and causing diabetes in people with CF.

Microfluidic devices have existed since 1979. But innovations in their design and functionality, especially since the advent of organoid technology, now allow researchers to bioengineer human organ tissues and mimic the function of natural organs in a laboratory setting.