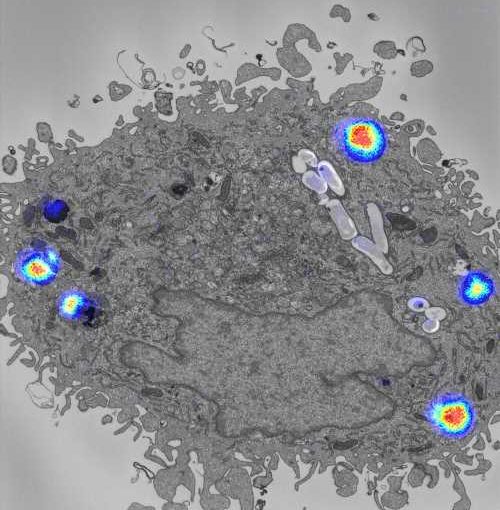 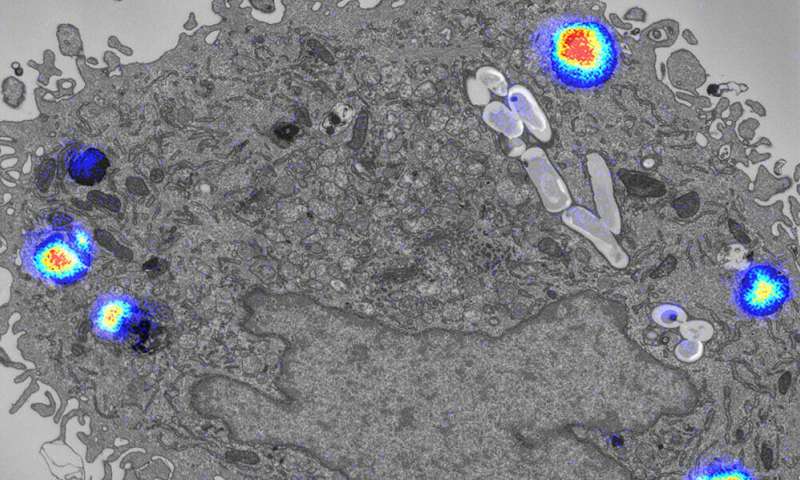 Scientists have developed a new technique that enables them to visualise how well antibiotics against tuberculosis (TB) reach their pathogenic targets inside human hosts. The findings, published in the journal Science, boost our understanding of how antibiotics work and could help guide the development of new antibiotics, which are much-needed in the battle against drug-resistance.

The Crick-led team used the technique to observe the TB drug, bedaquiline, in action in human cells infected with the TB-causing bacterium, Mycobacterium tuberculosis (Mtb). They found that bedaquiline accumulates in lipid droplets inside the host cells, forming a reservoir that supplies the drug to Mtb over time. The work was done in collaboration with scientists at GlaxoSmithKline and the University of Western Australia.

“Bedaquiline is the first newly approved antibiotic for TB treatment in 50 years, but until now, we didn’t understand how a compound that doesn’t dissolve in water could be so effective in treating TB,” explains Daniel Greenwood, Crick Ph.D. student and first author of the paper.

“Normally, compounds that only dissolve in lipids, known as lipophilic compounds, are often abandoned during drug development because they tend to bind to proteins and fats in our bodies in a non-specific way. We wondered how such a drug could ever reach the bacteria. Our surprising findings show that even very lipophilic antibiotics like bedaquiline are worth pursuing in drug development. In the case of TB, this conventionally undesirable trait actually boosts drug delivery.”

TB remains one of the world’s deadliest infectious diseases, with over a million TB-related deaths worldwide each year. 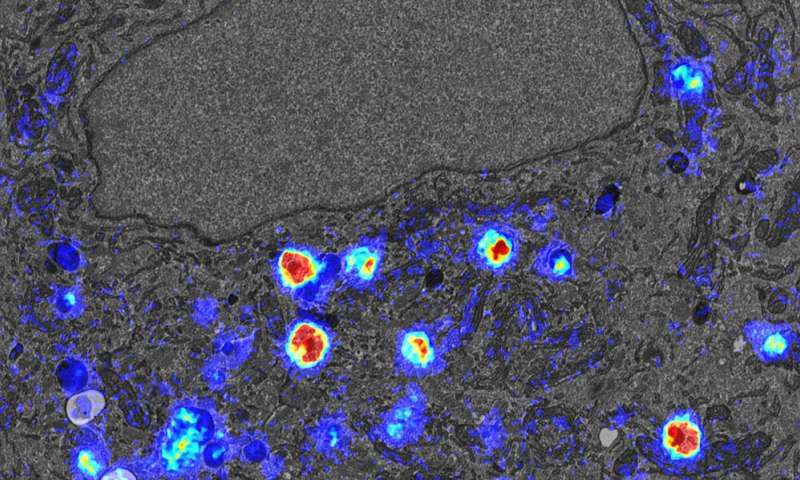 When a person is infected with Mtb, their immune system tries to clear the pathogen by calling upon specialised immune cells called macrophages that recognise and engulf Mtb. But the bacteria often find ways to survive and reproduce, causing disease. Patients require a minimum of four antibiotics for at least six months to overcome the infection.

It was previously unknown whether antibiotics penetrate into all the compartments of the macrophage where the Mtb hide and replicate.

The method pioneered in this study, which combines three types of imaging (correlated light, electron and nano-scale ion microscopy), allows researchers to visualise the distribution of TB drugs in Mtb-infected human macrophages at high resolution, for the first time.

Using bedaquiline as a test-case, they infected human macrophages with Mtb, and after two days, treated them with the drug. Their imaging results revealed that bedaquiline accumulated in numerous compartments of the cell, most notably, inside lipid droplets.