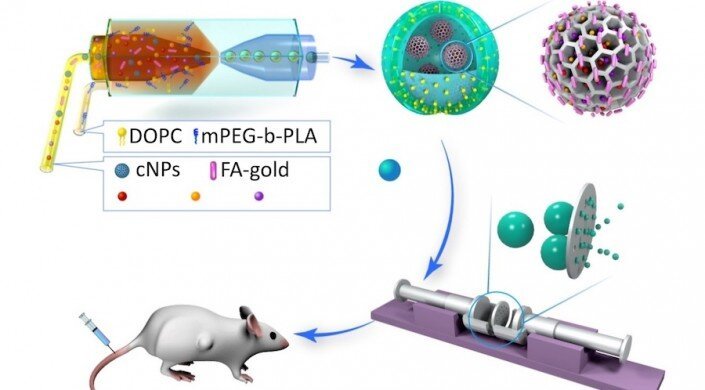 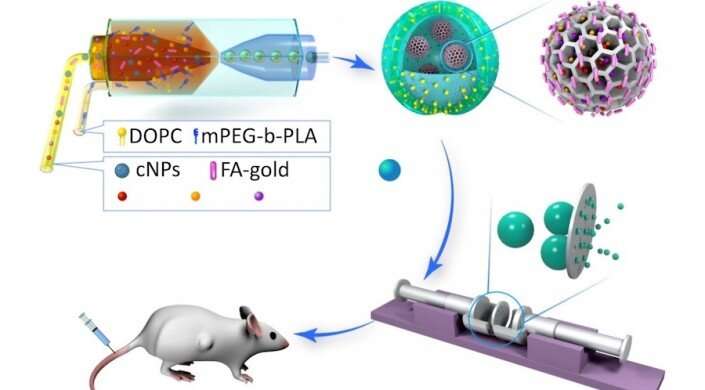 Now, researchers from the Harvard John A. Paulson School of Engineering and Applied Sciences (SEAS) have developed a way to fabricate nanometer-sized drug delivery vehicles that can simultaneously deliver multiple drugs more efficiently that current methods. The system suppressed breast tumors in mice by 87 and 94 percent, using very low dosages of drugs that previously were only deliverable orally.

The research was published in the Proceedings of the National Academy of Sciences.

“We can use these hybrid nanovehicles to deliver a new combination of anticancer drugs in mice through intravenous injection and see remarkable effectiveness against breast tumors,” said Mingtan Hai, a visiting professor at SEAS and co-author of the study. “This work enables the use of previously undeliverable compounds in cancer therapy and forms a foundation for further development in a broad range of biomedical applications.”

These drug delivery vehicles are essentially nanoparticles within nanoparticles. The primary vehicle is an artificial vesicle known as polymersome. The polymersome has a protective, oil shell which prevents it from dissolving until it reaches its target. Inside each polymersome are gold nanorods and porous nanoparticles loaded with drugs. These nanoparticles are capable of holding and releasing multiple types of drugs at the same time.

The gold nanorods add additional functionality to the vehicle. If irradiated with a near-infrared laser, the nanorods heat up and burst the polymersome, enabling immediate delivery of the drugs.

The researchers tested the drug delivery vehicles in mice with HER2 breast tumors. They found that a triple-drug combination of docetaxel, one of the most effective chemo drugs for breast cancer treatment, rapamycin, and afatinib suppressed breast tumors by 94 percent and 87 percent at total dosages of 5 and 2.5 mg/kg.