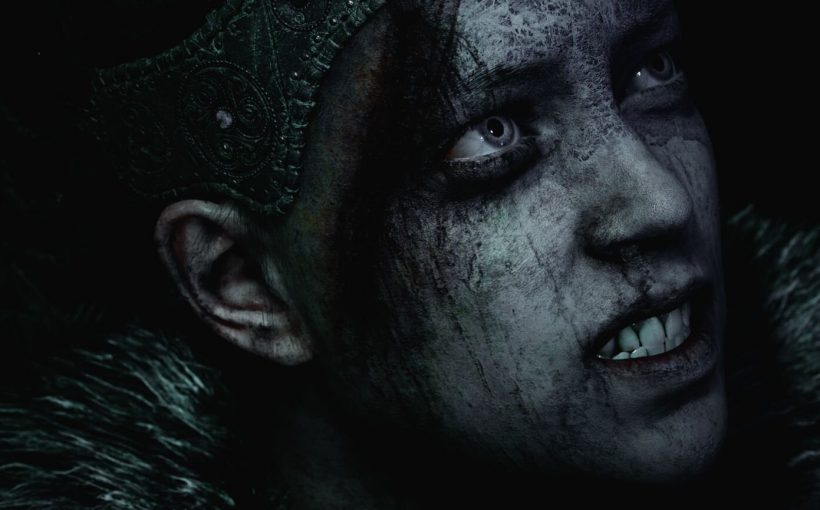 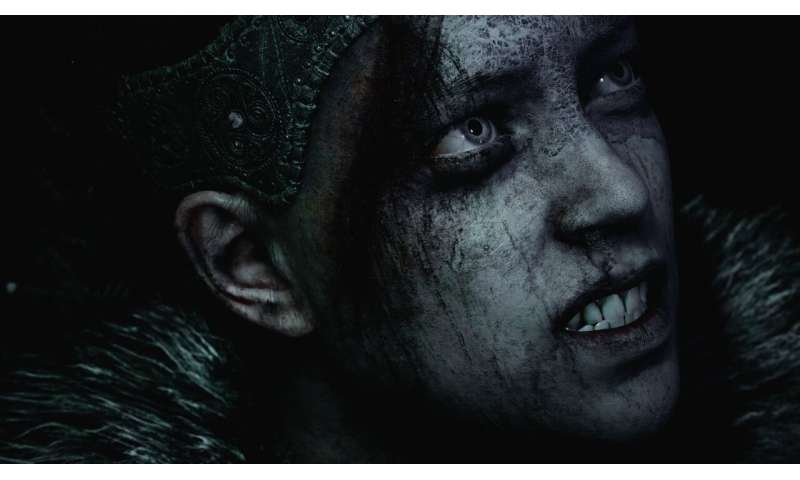 Senua, the central character in the award-winning video game Hellblade, is troubled by voices in her head. A unique collaboration between games developers, a Cambridge psychiatrist and people who live with hearing voices helped bring these hallucinations to life.

A mist hangs over the water as a Pict warrior paddles her canoe towards the silhouetted shape of a Viking ship, half submerged ahead. Around her, voices, whispers, linger in the air.

He knows she’s getting closer.

He can feel her getting closer.

This is Senua, the central character of the video game Hellblade. She has begun a quest to save the soul of her lover from the Norse underworld of Helheim. The voices that accompany Senua, in equal measures encouraging, aiding, mocking and belittling, result from her psychosis, brought on by traumatic events earlier in her life.

As the opening titles begin to roll, you may be surprised by the first credit to appear: “Mental Health Advisor Paul Fletcher.”

Professor Paul Fletcher is a psychiatrist at the University of Cambridge with a particular interest in psychosis. Psychosis is defined as a separation from reality, where one’s perceptions and beliefs do not agree with the reality that people around them recognise. Most commonly, it involves hallucinations and delusions, and can arise as a symptom of any number of conditions, from severe depression to schizophrenia to dementia and even stress.

In 2013, Paul received an email out of the blue from Dominic Matthews, Commercial Director at Cambridge-based video games company Ninja Theory, asking for his help. They had an idea for a game whose central character experiences psychosis and wanted to get it right.

Ninja Theory had received a starter grant to develop their ideas from the charity Wellcome, which had recently taken an interest in how video games might be used to engage the public with science. Wellcome would later provide additional funding towards production costs.

“Entertainment hasn’t always handled issues around mental health particularly well,” says Dr. Iain Dodgeon, then Head of Broadcast & Games at Wellcome. “But with Ninja Theory, we felt that they were interested in approaching [the portrayal of mental health] in the right way to be able to more authentically and sensitively depict the experience of psychosis in a way that wasn’t exploitative, but was really engaging.”

Paul confesses to having had some initial reservations about the insensitive representation of mental illness in video games. Not a regular gamer himself (he says he would be if time allowed), he was nevertheless fascinated by the opportunities that games have to offer.

“You have to be an active participant in a game,” he says. “You cannot simply passively receive it and observe it. That puts you in quite a different psychological position when you’re playing a game. You have to be an active participant and the narrative depends on, and is shaped by, the way in which you act. This is quite different from how we engage with cinema or literature and can, consequently, offer new possibilities for representing experience.”

This is further heightened when the player takes on the role of a character experiencing psychosis.

“From the perspective of someone interested in psychosis, where somebody’s essentially having difficulty in modelling their world and making sense of it, I think games can offer a new dimension.”

At the start, Paul’s work with Ninja Theory was simply informative: this is what psychosis is, this is where you find it, here are some examples. “But this quickly turned into a broader conversation around the question of what it’s like to have psychosis, what sort of people might experience it… is it always an illness, can it be caused by trauma?”

Paul introduced the team to Recovery College East, based in Peterborough, where a group of individuals who have experienced mental illness now run a college for people who are recovering. Together, they helped shape the development of Senua’s experience and the manifestation of her psychosis.

The voices that surround Senua’s were recorded using a technique known as binaural audio, which captures the sense described by some people that their voices would move about them, sometimes in front, sometimes behind. The voices feel real, with characters and personalities, just as they appear in psychoses.

“Someone would say ‘I have this experience where everything goes wobbly in the world’ and our artists would say okay, how could we realise that in the game,” explains Dominic. “They’d have a go and take it back to the group who’d say ‘Wow, that’s really close, it’s really weird to see it, because now everyone else can see exactly what I’m talking about.”

In the final few weeks before the game was released, Dominic invited everyone in to see the game in its entirety. “I will always remember that day and being quite nervous about it,” he says. “I think it was probably at that moment that we thought we might have something here that could actually have some type of impact beyond it just being a compelling game experience.”

Hellblade was released in the summer of 2017 to widespread acclaim. Games Master UK described it as “an unsettling and deeply disquieting experience… like nothing else.” To Forbes magazine, it was “probably the most realistic portrayal of mental illness I’ve yet seen in a video game, and it works its magic without being patronizing, without stooping to exploitation or condescension.” IGN praised “the care and attention Ninja Theory has clearly poured into Senua and her story”, adding: “This is a game everyone should play”.

Paul admits that when the game came out he began reading reviews and following the online chatter obsessively. Gamers are not always noted for their sensitivity and reverence, he says, yet “what was emerging was an incredibly mature, thoughtful conversation with people describing their own experiences in relation to the game. I was absolutely astounded at the impact it had in that respect.”

Hellblade broke even within three months, and within a year of its release had sold more than a million copies. It has won more than 20 awards and been nominated for dozens more.

“It’s always been a bit of a dream [to win a video game BAFTA], and I thought maybe we’d have a chance on this project,” says Dominic. “But to walk away with five BAFTAs, that was just phenomenal.”

And yet, he says, it has been the impact the game has had on people’s lives that has left the biggest impression on him. “We still get letters from people and emails and tweets telling us how the game has helped them and given them a platform on which they are able to talk about their own experiences with friends and family members. I met a girl recently who said that she felt like Senua was the only person who really understood her.”

None of this would have been possible without the involvement with Paul and Recovery College East, and the initial support from Wellcome, Dominic says. He would encourage other developers to follow suit, but to consider the nature of the collaboration. His tip is “to find mutual areas of interest, not ‘are we getting this right and can you teach us about this?’. How can you collaborate to make something really, really unique?”

Iain is optimistic that Hellblade will have a positive lasting effect on the games industry. “From having conversations with people within the industry, I’d say it has certainly inspired a lot of people,” he says. “It’s made them appreciate better that serious issues can be tackled sensitively within games and can draw and engage a large audience.”

For Paul, the game has transformed how he is able to communicate his research. “I used to read quotes from early 1960s papers about the perceptual disturbances that people with psychosis describe. I now have a whole load of clips created by [Ninja Theory] that I can just show. It’s an amazing resource for teaching students.”

Dominic and Paul see an exciting future for the relationship between gaming technology and mental illness, one that moves beyond games merely allowing players to experience simulations of mental illness and towards promoting mental health.

There have already been trials of helping people who experience psychosis control their voices through the use of avatar therapy. This involves a psychiatrist working with the patient to develop a computer simulation (avatar) of their hallucination and then training them to stand up to the avatar. The computer graphics used were rudimentary, certainly compared to those games companies use.

“The organisations running these experiments, they don’t have the expertise in creating digital human faces that we do,” says Dominic. “Imagine how effective avatar therapy could potentially be, if that avatar is that much more believable and realistic.”

People already use games for their mental health, says Paul—perhaps picking up the phone and playing Candy Crush for 15 minutes of relaxation. But by combining physiological measures of anxiety—heart rate and respiratory rates, for example—with the feedback from virtual reality, it could allow them to take this to a whole new level.

“Imagine mindfulness with a virtual reality headset on, where you’re being rewarded for controlling your physiology, because the environment becomes more beautiful. The sun comes out from behind the clouds or the wave starts to lap against the shore.”