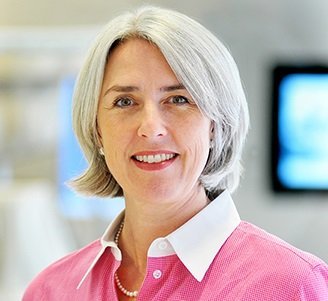 Chemotherapy has been associated with increased risk of leukemia years after the treatment, but what leads to that association is not clear. In this study published in the journal Cell Stem Cell, a team led by researchers at Baylor College of Medicine and MD Anderson Cancer Center combined clinical and laboratory studies to show that a gene called PPM1D, whose function in blood production was unknown, can confer blood cells exposed to the chemotherapy agent cisplatin a survival advantage that might favor the development of leukemia years later. The study suggests that the presence of this and other mutations should be considered when choosing chemotherapies.

The research team led by corresponding authors Dr. Margaret A. Goodell, director of the Stem Cells and Regenerative Medicine Center and professor of pediatrics at Baylor College of Medicine, and Dr. Koichi Takahashi, assistant professor in the department of leukemia at the University of Texas MD Anderson Cancer Center, initially found that PPM1D mutations turn up frequently in the blood of patients who get leukemia years after they first received chemotherapy for a previous disease. This finding sparked the question: how do PPM1D mutant cells become dominant when compared to their normal counterparts in the bone marrow? Do they ‘win’ because they are stronger and better at making more of themselves, or do they simply survive better in adverse conditions?

To address these questions, Goodell and Takahashi teamed up with Dr. Lawrence Donehower, professor of virology and microbiology at Baylor and co-author of the paper, who had been studying PPM1D for more than 20 years.

To understand what gives PPM1D mutants a competitive advantage, the researchers carried experiments in the lab mixing normal and PPM1D mutant cells together in a dish, growing them together and then exposing them to different environmental conditions. They were surprised to find that under normal conditions, PPM1D mutants and normal cells grew at the same rates. This suggests that the mutants are not intrinsically stronger. However, following exposure to cisplatin and some other chemotherapy drugs, the researchers observed that PPM1D mutants dramatically outcompeted normal cells.

“Taking the results all together, our findings suggest that chemotherapy acts as an evolutionary selection pressure that favors the survival of PPM1D mutant cells because they have better fitness than normal cells and ‘win’ under this specific type of stress,” said Joanne Hsu, a student in the Medical Scientist Training Program (MD/Ph.D.) at Baylor and a member of the Goodell lab. “So, when a patient receives cisplatin-based chemotherapy, stem cells carrying PPM1D mutations survive better. This growth advantage could provide fertile ground for subsequent acquisition of mutations that eventually lead to the development of secondary leukemia years later. This study has been a translational journey from bedside observations to bench side.”

“I am most excited that the findings from clinical samples at MD Anderson generated a hypothesis that was verified in Dr. Goodell’s lab,” Takahashi said. “This study is a great representation of how combined forces between clinical and basic science investigators from the two institutions can disclose an important scientific discovery.”

The researchers’ findings in this study have multiple clinical implications for the future.

“Knowing that the selection of chemotherapeutic drugs can affect the risk of leukemia developing years later may assist physicians in the selection of specific treatments for their patients,” Goodell said.

Looking further ahead, this study also points towards PPM1D as a promising therapeutic target in patients with secondary leukemia.