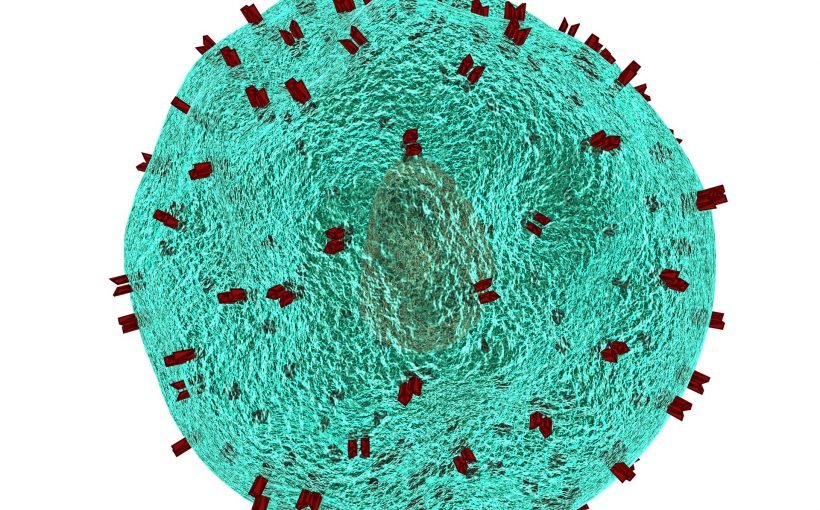 An antibody-based treatment can gently and effectively eliminate diseased blood-forming stem cells in the bone marrow to prepare for the transplantation of healthy stem cells, according to a study in mice by researchers at the Stanford University School of Medicine.

The researchers believe the treatment could circumvent the need to use harsh, potentially life-threatening chemotherapy or radiation to prepare people for transplant, vastly expanding the number of people who could benefit from the procedure.

“There are many blood and immune disorders that could be cured by a transplant of healthy stem cells,” said Judith Shizuru, MD, Ph.D., professor of medicine at Stanford. “But the pre-treatments necessary to get the healthy cells to transplant effectively are so toxic that we can’t offer this option to many patients. A treatment that specifically targets only blood-forming stem cells would allow us to potentially cure people with diseases as varied as sickle cell disease, thalassemia, autoimmune disorders and other blood disorders.”

Shizuru is the senior author of the study, which will be published online Feb. 11 in Blood. Postdoctoral scholar Wendy Pang, MD, Ph.D., and assistant professor of pediatrics Agnieszka Czechowicz, MD, Ph.D., share lead authorship of the work.

The study is one of two recently co-authored by Shizuru, Czechowicz and research associate Hye-Sook Kwon, Ph.D., indicating that an antibody targeting a protein called CD117 on the surface of blood-forming, or hematopoietic, stem cells can efficiently and safely eliminate the cells in mice and non-human primates. CD117 is a protein found on the surface of the stem cells. It regulates their growth and activity; the antibody, called SR1, binds to the protein and prevents its function.

The use of antibodies against CD117 to eliminate blood-forming stem cells is based on studies conducted in the laboratory of study co-author Irving Weissman, MD, director of Stanford’s Institute for Stem Cell Biology and Regenerative Medicine and of the Ludwig Center for Cancer Stem Cell Research and Medicine at Stanford, and by then-graduate student Czechowicz.

The results of these studies, including a recently published article in Blood co-authored by Kwon that showed the antibody treatment was safe in non-human primates, set the stage for a clinical trial of the antibody at Stanford and the University of California-San Francisco in children with an immune disorder called severe combined immunodeficiency.

Hematopoietic stem cells are found in the bone marrow. They give rise to all the cells of the blood and immune system. Blood cancers, such as leukemia, arise when the stem cells or their progeny begin dividing uncontrollably; other genetic conditions such as sickle cell anemia or thalassemia occur when the hematopoietic stem cells generate malformed red blood cells or hemoglobin.

Often the best chance for a cure for these and other diseases originating in the bone marrow is to eliminate the patient’s own defective hematopoietic stem cells and replace them with healthy stem cells from a closely matched donor. But in order to do so, the patient must be able to withstand the pre-treatment, known as conditioning. Most conditioning regimens consist of a combination of chemotherapy and radiation in doses high enough to kill stem cells in the marrow.

Shizuru and her colleagues studied a mouse model of a class of human diseases called myelodysplastic syndromes, or MDS. People with MDS are unable to make mature, properly functioning blood cells and the only cure is a stem cell transplant. The disease primarily affects older adults, who are more likely than younger people to have additional, complicating medical factors and who are less likely to withstand the conditioning regimen.

“Many of these people are elderly and unable to qualify for a transplant,” Pang said. “But there is no other cure for MDS.”

Because there are many different types of MDS, the patients are assigned risk levels based on disease type, blood test results and the presence or absence of specific mutations in the affected cells. According to the World Health Organization, patients with low-risk MDS have a median survival rate of 5.5 years; those with high-risk disease have a median survival of 2.2 years.

SR1, the anti-CD117 antibody Pang and Czechowicz studied, recognizes CD117 on the surface of hematopoietic stem cells isolated from either healthy donors or from patients with MDS. They found that the antibody blocked the growth of both healthy and diseased stem cells in a laboratory setting. Then, the researchers investigated the effect of SR1 treatment on mice that were engineered to have a hybrid blood systems consisting of both human and mouse hematopoietic stem cells.

“SR1 directly targets the disease-initiating cells for elimination in the mice, even though these cells typically have a significant competitive advantage,” Pang said. “This is the first antibody directed against CD117 that has been proven to clear both normal and diseased human cells from the recipient. We are very pleased with the results.”

Although SR1 is also able to significantly reduce the number of high-risk MDS cells from the mice, the researchers found that the effect was transient: The diseased cells eventually returned even after transplant. In such cases, it may be necessary to combine anti-CD117 treatment with other therapies to completely eliminate the diseased cells, the researchers believe.