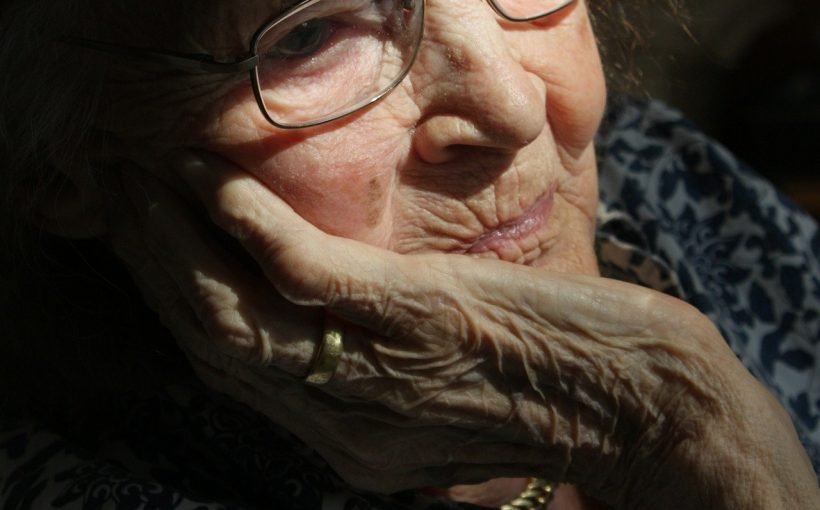 Genetics may predispose some people to both Alzheimer’s disease and high levels of blood lipids such as cholesterol, a common feature of cardiovascular disease, according to a new study by an international team of researchers led by scientists at UC San Francisco and Washington University School of Medicine in St. Louis.

The research analyzed genome-wide data from over 1.5 million individuals, making it one of the largest-ever studies of Alzheimer’s genetics. The authors hope the findings will lead to improved early diagnosis and potentially new preventative strategies for Alzheimer’s disease, which currently affects 5.7 million people in the U.S. and has no cure.

The new study, published November 9, 2018 in Acta Neuropathologica, shows that Alzheimer’s and cardiovascular disease do share common genetics in some individuals, raising new questions about whether this shared biology could be targeted to slow down or prevent both diseases.

“These results imply that irrespective of what causes what, cardiovascular and Alzheimer’s pathology co-occur because they are linked genetically. That is, if you carry this handful of gene variants you may be at risk for not only heart disease but also Alzheimer’s,” said UCSF neurodegeneration researcher Rahul Desikan, MD, Ph.D., a clinician-scientist whose lab is known for developing a so-called polygenic hazard score for Alzheimer’s that predicts the age at which an individual is likely to begin experiencing symptoms of dementia based on their genetic background.

To identify genetic variants that confer risk of both cardiovascular disease and Alzheimer’s disease, the researchers used statistical techniques pioneered by Desikan’s lab in collaboration with Ole Andreassen, MD, Ph.D., at the University of Oslo, and Anders Dale, Ph.D., at UC San Diego, that allowed them to combine multiple large-scale genome-wide association studies (GWAS)—a type of genetic study that makes statistical links between various disease states and widely shared variations in the genetic code.

“Our approach works by combining and leveraging these massive GWAS studies to make discoveries that would otherwise be invisible,” Desikan said. “We are essentially borrowing statistical power.”

This analysis enabled the researchers to identify 90 spots in the genome where specific DNA variants increased patients’ combined chance of developing both Alzheimer’s disease and heightened blood levels of lipid molecules, including HDL and LDL cholesterol and triglycerides, which are common risk factors for cardiovascular disease.

The researchers confirmed that six of these 90 regions had very strong “genome-wide significant” effects on Alzheimer’s and heightened blood lipid levels, including several within genes that had never before been linked to dementia risk. These included several sites within the CELF1/MTCH2/SPI1 region on chromosome 11, which had previously been linked to immune system biology.

In contrast, though patients diagnosed with Alzheimer’s also often exhibit other cardiovascular risk factors, such as unhealthy levels of belly fat, type 2 diabetes, and chest pain or other symptoms of coronary artery disease, the authors could find no clear overlapping genetics between Alzheimer’s disease and these risk factors.

“These results suggest that Alzheimer’s and cardiovascular disease could both be influenced by genetic defects that impair the body’s ability to processes lipids properly,” said study first author Iris Broce-Diaz, Ph.D., a postdoctoral researcher in Desikan’s lab. “But they also suggest that the link between Alzheimer’s and other cardiovascular risk factors are not likely due to common genetics, though they could be linked by diet or other lifestyle factors.”

“This is exciting because we know that levels of cholesterol and other lipids in the blood are highly modifiable through changes in diet or with drugs,” Broce added. “This raises the possibility that we might be able to help delay or even prevent the onset of Alzheimer’s in these patients, though we’ll need more data before we can say that for sure.”

Desikan’s team then examined whether currently healthy individuals with a family history of Alzheimer’s disease were more likely to carry these newfound genetic variants, a relatively new method for studying early Alzheimer’s risk factors called “Alzheimer’s-by-proxy.” Taking advantage of a large British research cohort called UK Biobank, the researchers found these variants were much more likely to be present in the genomes of 50,000 individuals who had one or more parents diagnosed with Alzheimer’s disease than in nearly 330,000 individuals without a family history of the disease.

“It’s remarkable that among these healthy adults with a family history of Alzheimer’s, a subset of cardiovascular risk genes themselves appear to strongly influence risk of eventually developing Alzheimer’s,” Desikan said. “This is exactly the population we should study to see if reducing cardiovascular disease risk through lifestyle or medication can delay or prevent the onset of dementia later in life.”

The researchers further confirmed their findings in a collaboration with Celeste M. Karch, Ph.D., an Alzheimer’s expert at Washington University School of Medicine in St. Louis and co-corresponding author on the new study. Karch’s team showed that the novel genes most closely tied to Alzheimer’s/cardiovascular risk in the new study were differently expressed in the brains of Alzheimer’s patients compared to control brains.

“This is also an exciting opportunity because we already know a great deal about these cardiovascular traits and how to target them,” she added.

Desikan and Broce-Diaz are now integrating these findings into the lab’s previously developed polygenic risk score, which will allow clinicians to calculate, based on a patient’s genome, their combined risk for cardiovascular disease and Alzheimer’s. The researchers hope that their work will help launch a precision medicine approach to testing whether controlling blood lipid levels in individuals with the newly discovered risk factors, either through diet or using established drugs such as statins, might delay or prevent the onset of Alzheimer’s disease.