Home » Health News » Winnie Harlow Jokes with a Fan Who Thought Her Vitiligo Was a Shirt: It's 'Made by God' 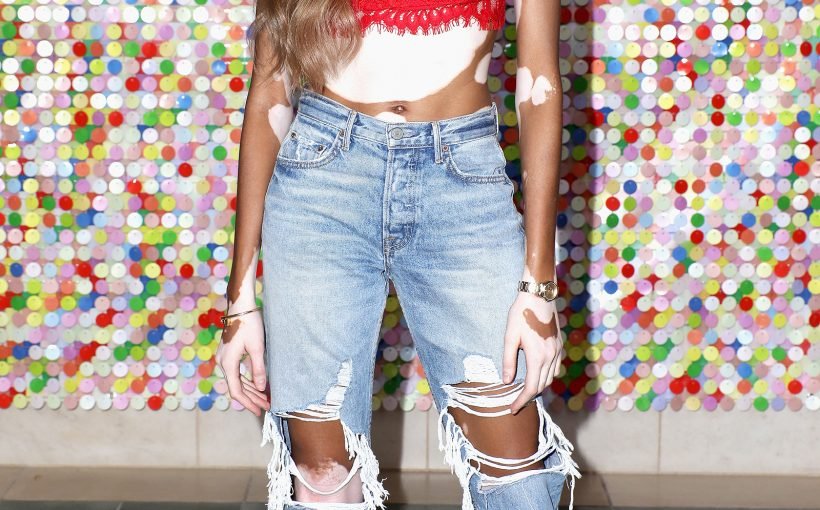 Winnie Harlow’s star is skyrocketing as she breaks through in the modeling world, but her new designer might be the most impressive one yet!

The 24-year-old, who has an autoimmune skin condition called vitiligo, shared on Monday a new picture from her shoot with V magazine, where she’s posing topless with transparent blue shorts and thigh-high boots. The look was so good that a commenter asked who designed her shirt — without realizing that it was her vitiligo.

But Harlow kindly fills her in, joking that the top was made by “God…?”

The model’s response went viral, and eventually appeared on the Instagram account Comments By Celebs, where she clarified that, contrary to what other people were saying, she didn’t “clap back” at the commenter.

“Lol it wasn’t a clap back,” Harlow wrote in the comments. “When I first saw the picture I saw a top too even though I know it’s me. But the ‘top’ was indeed made by God… I don’t see the issue.”

Harlow’s response is part of her goal to make her vitiligo a minor part of her life, and not her label. During an interview with anchor Robin Roberts on Good Morning America, she talked about how the skin condition makes her just like everyone else.

But Harlow did acknowledge how far she’s come, with her first appearance in the annual Victoria’s Secret Fashion Show coming up in December.

“It’s actually insane to me,” she said. “By just being yourself, the things that you can achieve? It’s so crazy. I’m going to be the first model with vitiligo walking for Victoria’s Secret. It’s a door opening for everyone.”

RELATED VIDEO: Woman Who Used to Be Bullied for Her Vitiligo Turns It Into Art: ‘I Can Dispel Its Myths’