Home » Health News » Why do some people get so badly bitten by mosquitoes while others don’t? 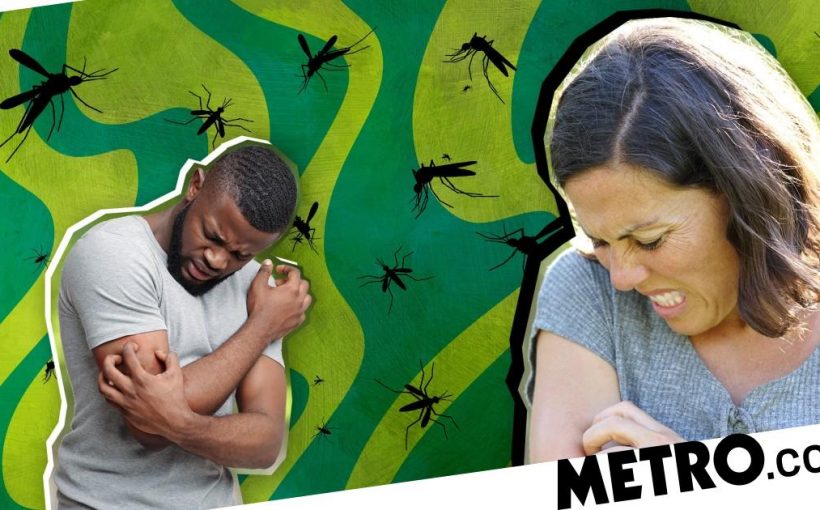 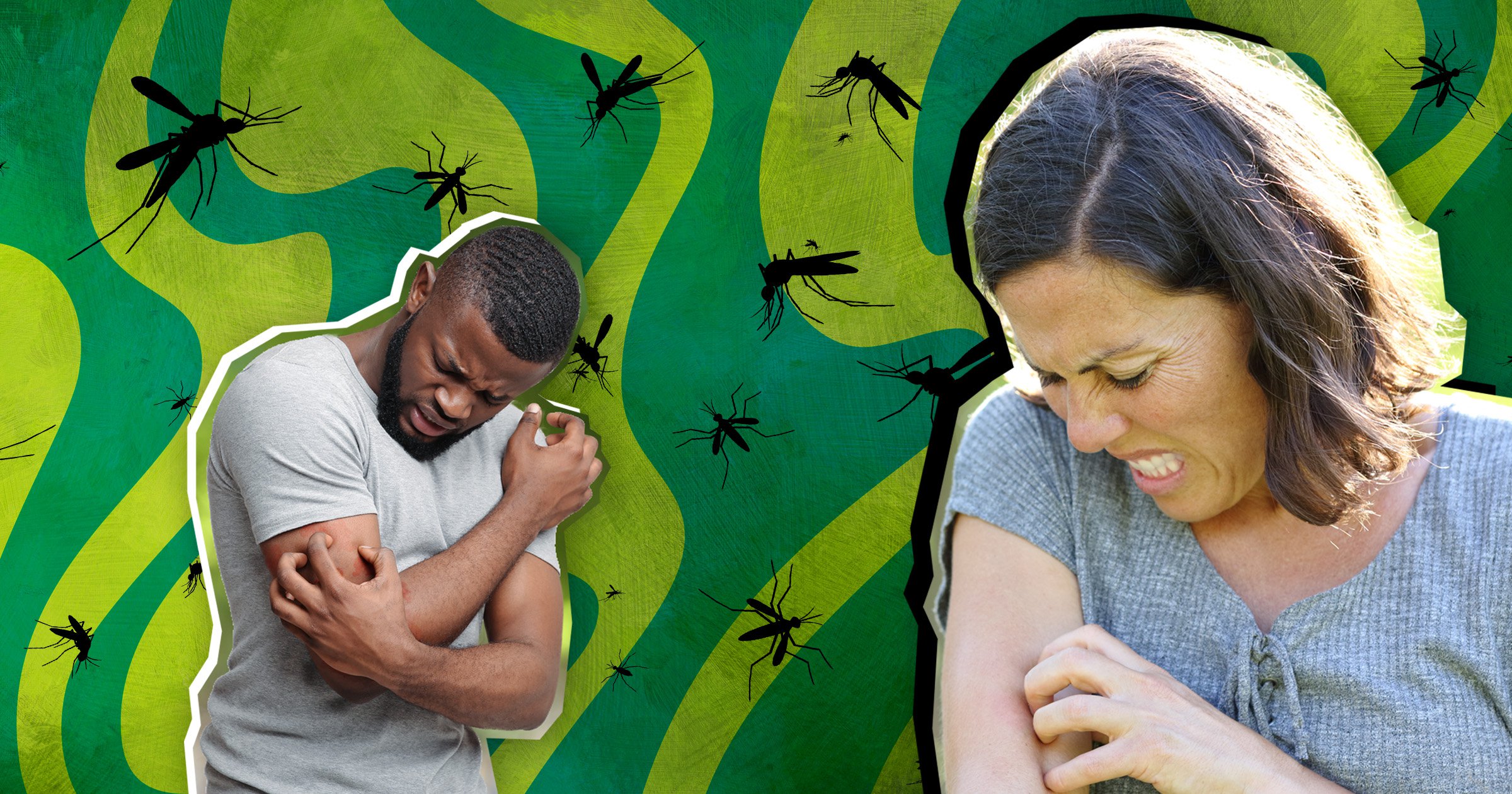 Whether you’re relaxing on a stunning beach in Portugal, exploring beautiful old towns in Greece, or cycling through the wine regions in France, a summer holiday should be a joyful experience.

But one thing has the ability to taint a trip away: the dreaded mosquito.

And to make matters worse, it seems the pesky insects tend to like a certain type of person.

Typically, every friendship group has that one individual who is covered in bites on trips away – while others escape without a single one.

And not only are they an eyesore, but they’re also incredibly itchy.

So why are some people more desirable to these insects than others?

What is it about certain individuals that mosquitoes simply cannot resist?

Dr Ross Perry, medical director of Cosmedics skin clinics, explains that around 20% of the population are more susceptible to getting bitten more by insects – and this is actually down to a number of factors.

Experts shed light on some of the main ones below.

‘One type of mosquito is more favourable to the common O blood type and another is more attracted to blood type AB.’

Experts stress that around 80% of people secrete a signal revealing which blood type they are, and this draws the mosquitoes in.

What we wear can also play a role.

‘Insects tend to be more attracted to dark colours – which are easier for them to spot, whereas light colours tend to blend in,’ explains Dr Ross.

‘Also, lots of movement from darker clothes is detected by insects as a target, rather than lighter colours.’

Experts say that mosquitoes, in particular, are attracted to carbon dioxide – and the more we exhale the more desirable we become.

So if you’re planning on exercising on holiday, be prepared.

Dr Paul Ettlinger, a GP at The London General Practice, says: ‘Mosquitoes are attracted to carbon dioxide, and when we exhale, we breath out mostly carbon dioxide.

‘When exercising we produce more carbon dioxide which is again likely to alert mosquitoes to a host.’

This is also important as mosquitoes are also more attracted to the smell of bacteria and sweat.

Dr Paul adds: ‘Mosquitoes are attracted to compounds in sweat, including lactic acid and certain odours.

‘When we exercise we increase the build up of lactic acid and odour, so this can attract the mosquitoes.’

Dr Paul adds that mosquitoes are more drawn to people with a higher body temperature and moisture – so when this is desirable, they are more likely to land.

‘It’s worth pointing out too that pregnant women also appear to be more attractive to mosquitoes, most likely due to having a slightly higher body temperature (not to mention they might also exhale more carbon dioxide during the latter stages of their pregnancy),’ he continues.

Also, generally, women tend to get more bites than men.

As a result, it’s a good idea to avoid all fragrances.

He says: ‘Some perfumes, such as lavender combinations, actually attract insects – just look closely at a lavender bush.

‘Be aware that most toiletries and sunscreens, along with most fabric softeners, contain scent. Be aware of your odour output.’

‘Those with higher cortisol levels, and more acute cortisol spikes, are more likely to be sought out by mosquitoes than others,’ he explains.

‘This may explain why, as soon as we start being bitten, we suddenly attract a host of new mosquitoes; they are attracted by the increased cortisol production that commonly follows the stress of being bitten repeatedly.’

How to keep mosquitoes at bay:

If you’re suffering badly with mosquitoes constantly buzzing around you in the summer, Howard recommends the CLOAK method for effective bite prevention:

• C – Cover up arms and legs with suitable clothing.

• O – Odours, bodily or otherwise, like certain kairomones and perfumes are strong attractants. So wash thoroughly, including exfoliating with a loofah, and do not use perfumes.

• A – Apply an effective, preferably natural, insect repellent containing PMD, such as Incognito.

• K – Keep away from stagnant water if possible.

‘The light smoke they emit, further helps to deter them. Place the stick in a sturdy place, light the tip of the stick then blow out the flame. Ensure to keep the stick away from children and animals.’

Howard suggests spraying your clothing with repellent as well.

He says: ‘Mosquitoes can and will bite through fabric, even thick jeans.

‘Spray an insect repellent on and around your back door or your summerhouse door before entering, as mosquitoes often lie in wait on the outside of doors and windows and this simple procedure helps to keep them out.’