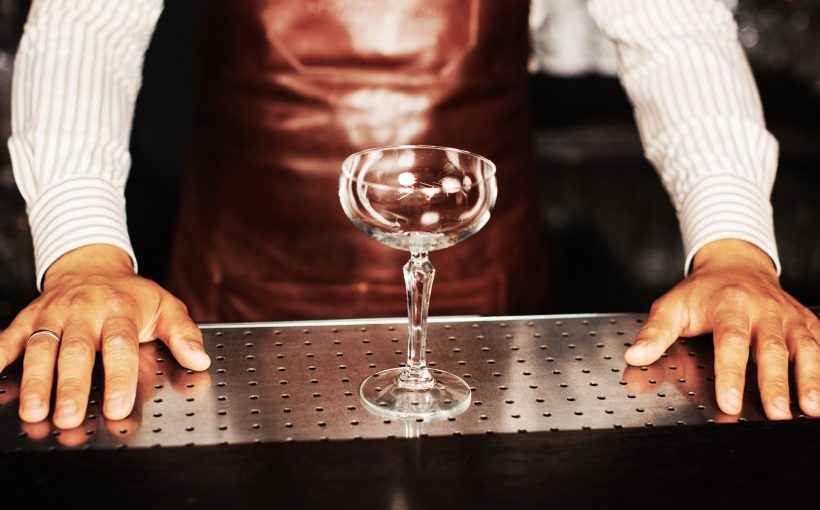 There are plenty of reasons to enjoy a drink: modern cocktails taste amazing, your friends are gathering at a local bar, you need to get through another tense family dinner or a little liquid courage to loosen up during a date. But as the occasions for a drink begin to stack up and the revelry starts to weigh you down, you may be tempted to take a break from the booze. Just for a minute. When you do, suddenly all those seemingly good reasons to drink start to feel like negative pressure to imbibe. It’s natural—to fear missing out on the fun, alienating yourself from friends, insulting a party host, and even annoying your bartender by not ordering a drink.

Odd as it may seem, the bartender is actually your greatest ally in staying sober, especially if he or she is one of a growing number of bar professionals who have gone sober themselves. Big names like Jack McGarry, co-owner of the world famous Dead Rabbit in New York, and Jim Kearns, impresario of New York’s The Happiest Hour and Slowly Shirley, have made waves by going sober, helping destigmatize the idea of a sober server behind the bar and propelling a conversation around health in the industry. “That’s part of the industry that’s changed because a lot of the big players who have admitted they don’t drink anymore have actually gotten more successful,” says Billy Ray, a sober bartender and founder of premium cocktail mixer company Mixwell.

“It sort of ties back into the maturity and the further professionalization of our industry,” McGarry says. He explains that back in the 2000s when the modern cocktail movement took off, most bartenders saw the industry as one huge party, driving t

“You might think you’re the only person doing this, but you’re not.”

hemselves into alcoholism and related health problems. But as bartending has shed its image of nocturnal bacchanalia and become a craft as highly regarded as fine dining, and as a new generation of bartenders has entered the industry with different ideas of lifestyle balance, bars the world over are encouraging healthy moderation.

The trend has empowered sober bartenders like McGarry and Ray to live, work and hang out as they see fit, without pressure to get hammered from coworkers or friends. They can help you do the same. “If you’re taking a break for a month or a couple of days, the main thing is, how do you take a break bit but still feel included?” Ray says simply. Here, Ray, McGarry, Kearns and Nectaly Mendoza, owner of Herbs & Rye in Las Vegas, give their best tips on navigating the bar scene, the house party, and any other social situation where you’d rather just forego booze.

Before: How to Prep for Going Booze-Free

Dry January has done much to dispel the stigma around sobriety, but you might still be surprised how common your anxieties about not drinking are. “The reality is, anyone who drinks regularly knows there are periods where people might not want to drink,” Kearns says. McGarry seconds that, saying, “You might think you’re the only person doing this, but you’re not.”

Rather than focus on all the reasons you’re not drinking, take a moment before you head out to an event to consider all of the benefits of sobriety. McGarry and Ray agree there are plenty of lifestyle advantages, from better sleep, to more cash in your wallet, to losing weight and feeling motivated to exercise, to improved mental wellbeing. Skipping even just a few rounds at the bar can help reset your mental and physical health.

When in doubt, Ray suggests driving to an event, as it ensures you won’t be able to imbibe even if you want to. Plus, your friends will appreciate your offer to act as the designated driver. Alternatively, arrive early. Kearns points out that non-drinkers may feel increasingly out of place as the night wears on. “There can be moments socially where you’re at a different place,” he says. “Probably the best advice to avoid that is to arrive early at any event you’re going to. It’s always later on that people get deep in their cups, start repeating themselves and close-talking, and acting in a way [where] they wouldn’t want someone stone cold sober around.”

If you’re heading to a house party instead of a bar, you can never be sure what non-alcoholic options a host will supply, so never leave it to chance. McGarry says whenever he attends a house party, he is always sure to bring along his own drink of choice, Diet Coke.

During: Yes, You Can Still Have Fun

Non-alcoholic beer seems like an easy alternative to the boozy stuff, but McGarry says it will only make real beer more tempting by giving you a taste of forbidden fruit. Plus, if you’re taking a break to help you achieve fitness goals, that non-alcoholic beer still packs plenty of calories.

There’s no need to make do with soda or water at a bar either. If you’re in a cocktail bar, Kearns suggests taking time to talk with the bartender to see what non-alcoholic drinks the staff can put together for you. The options may surprise you. You may discover the bar makes its own ginger beer or that they can recreate a classic Mojito or Daiquiri without rum. If nothing else, bitters, mint, juice and tea make excellent upgrades to simple soda water.

“Non-alcoholic cocktails were called mocktails for a long time,” McGarry says, but “the name ‘mock’ is not a positive connotation. So you’re seeing bartenders championing other terms like ‘spirit-free’ or ‘zero-proof’ to make it sound more enticing.”

It’s more than a name change. Increased interest in moderation has led to a wealth of non-alcoholic options at cocktail bars across the country. “You’re seeing a proliferation of non-alcohol ingredients. And you’re seeing people taking non-alcoholic drinks seriously,” McGarry adds. It’s easier than ever to find serious spirit-free menus alongside phenomenal cocktail lists, and non-alcoholic ingredients like Seedlip are making it exciting for bartenders to craft zero-proof cocktails.

Nowhere is this more true than at high-end restaurants. Ray explains that the Michelin Guide even requires restaurants have a non-alcoholic cocktail menu in order to qualify for stars. That’s yet another excuse to treat yourself to a nice dinner for your effort to cut back on drinking.

After: How to Keep It Up

Remaining sober doesn’t mean you have to live like a monk. “If you’re trying to lose weight, and you only eat a can of tuna and water, you’re setting yourself up for failure,” Mendoza says. The same goes for cutting out booze. Ray puts it another way, saying, “Trying not to drink for a weekend or doing Dry January, it’s about the little things that make you feel better. One of the things that really helped me was going out with a bunch of friends, but then having another treat, like going to get an ice cream on the way home at the end of the night.” Small rewards of any kind can offer a comforting substitute to booze.

It’s only natural that friends and relatives should be curious why you’re not partaking in your usual dry martini. You might be tempted to lie, to deflect friendly inquisitions with excuses of medication or early morning engagements. But the authorities agree, honesty is the best policy. “Tell your people you’re doing it for a month so you have their support, and they can also hold you accountable for it,” McGarry suggests. “You’re just making it more difficult [by lying]. It’s already difficult enough without making it harder.”

You’ll hear the same thing from Mendoza. He recalls how he gave his friends a heads up when he decided to give up drinking but wanted to come out with the group anyway. He adds, “People just need to be honest. Just say, ‘I’m just taking a break right now.’”

Kearns is hesitant to put it so bluntly, but the fact of the matter is real friends won’t make a fuss over whatever you’re drinking. “If anybody is mad about a choice that’s made in someone’s best interest, maybe they’re not a very good friend,” he says.

Going sober, for a day, a week, a year or a lifetime, is a mental struggle. If nothing else, sober bartenders want you to realize the intimidation and the pressure to conform is mostly in your head. “It’s like doing your taxes,” Mendoza says. “You’re scared to do them until you realize, this is what I’ve been hiding from the whole time? It’s more difficult in our head than it actually is.” Do your taxes. Don’t have a drink, or have a drink. On your terms.