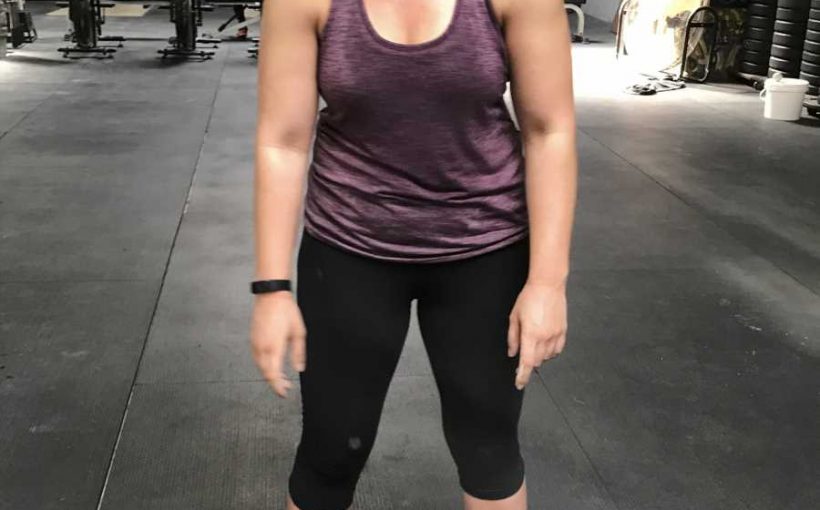 What It Is: Fitbit’s new wearable, the Inspire HR, with a built-in heart rate monitor

Level of Difficulty: 0/10 — Putting a Fitbit on your wrist isn’t exactly tough, but the level of difficultly certainly goes up based on your activity

As the writer for PEOPLE’s Health section, I try to practice what I preach, especially when it comes to working out. I get antsy, stressed and have trouble sleeping if I don’t exercise at some point during the day, which means I’m typically speedwalking to the train most nights to make it to CrossFit on time, or spending my Sunday mornings on a long run to train for my next race.

But one thing I’ve never done, despite my fitness credentials, is track my heart rate, even though I know it’s a great way to monitor how much effort you’re putting into a workout. I’ve even read about people who train for marathons based primarily on their heart rate tracker — rather than checking their pace per mile, they pick up or slow down their speeds to get the most out of their workout. So, armed with the new Fitbit Inspire HR, which tracks your heart rate on your wrist, I went through a full weekend of physical activity to see how my body responds to working out.

My first workout with the Fitbit came on Friday, during a post-work CrossFit class. The WOD (aka Workout of the Day) was a 20 minute rotation through four movements — 3 rope climbs, 6 deadlifts, 9 box jumps and 12 toes to bar. I was really curious if my heart rate would go even higher on the rope climbs — it’s about 12 feet to the ceiling, and I tend to get a little nervous as I head up the rope with my classmates watching me down below.

After a 10-minute warmup filled with burpees, rowing and some stretching, my heart rate was at 102 beats per minute — a nice little boost from my 60 bpm resting heart rate. But once we got started, it swiftly moved up to around 154 bpm and stayed there for the 20 minutes, regardless of whether I was doing deadlifts (my favorite movement!) or those nerve-racking rope climbs. After the class, as my heart rate moved back down to under 100 on my walk home, I checked the ideal heart rate for my age — at the most I should be around 165, so I was pleased that my CrossFit classes are as intense of a workout as I thought.

On Saturday morning I went right back to CrossFit Greenpoint for our usual partnered “Self-Destruction” workout (their name for it, not mine!). With my friend Nicole, we split 200 lunges with a 58-lb. bar, 100 front squats (also with a 58-lb. bar), 100 burpees, 100 kettlebell swings and then ran about 800 meters together. One of the best parts of this Saturday workout is that we always get a bit of a break as our partner completes their half of the workout, so I was curious if my heart rate would go back down during those 1-ish minute rest periods. But once again, my heart rate went right up to about 155 bpm and stayed there — another solid, high-intensity workout.

The next day I had grand plans to run 10 miles to prep for my half marathon on May 18 — but after 100 lunges (and, ahem, some wine the night before) I was so sore I could barely get off the couch. (Note to self: USE A FOAM ROLLER, PLEASE!). After lounging around most of my Sunday I finally decided to run some errands on my bike. I went VERY slowly and my heart rate stayed in the 110 bpm zone, which was about all I wanted it to do after Saturday’s workout.

I took Monday off to hang out with a friend who was visiting for the weekend, and he loves hiking, so I knew that was in store for me that day. After a few plans fell through (lesson learned: everything is closed on a Monday!), we ended up going on a long but leisurely hike through Pelham Bay Park and City Island in the Bronx. At our pace, my heart rate was steady at about 73 bpm, and it stayed there as we powered through a massive plate of eggplant parm on Arthur Avenue right nearby.

After a long weekend with the Inspire HR, I’m a little obsessed — I love being able to check my heart rate and mileage throughout the day. I’ve tried a few Fitbits in the past, but they eventually made their way to the bottom of my bedside table as I lost interest and they lost their charge. But I’m pretty sure this one is sticking around.