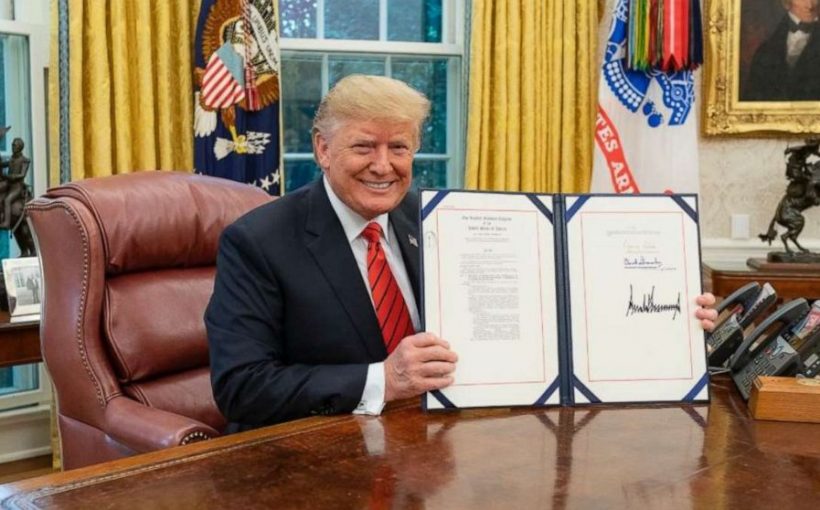 President Donald Trump signed the Autism Collaboration, Accountability, Research, Education and Support Act (CARES) into law Monday, which allocates $1.8 billion in funding over the next five years to help people with autism spectrum disorder and their families.

“The problem of ‘aging out’ of services is a real hurdle every parent or caretaker of a child with autism inevitably faces,” Rep. Chris Smith, R-N.J., who sponsored the bill, said in a statement.

“All children grow up and become adults, and children with autism then lose their education services. But autism is a lifetime neurological disorder, and adults with autism continue to need their services.”

The funding, which backs autism research and autism-related support programs, will also prioritize grants for rural and underserved areas.

Approximately 1 in every 59 children has been diagnosed with autism spectrum disorder, according to the Centers for Disease Control and Prevention. The developmental disability, which is characterized by social, communication and behavioral problems, is four times more prevalent in males than in females.

New Jersey has a higher-than-average autism rate, with 1 in 34 children diagnosed with the disorder. While the reason for that high rate isn’t known, one explanation could be the state’s robust screening and diagnostic services.