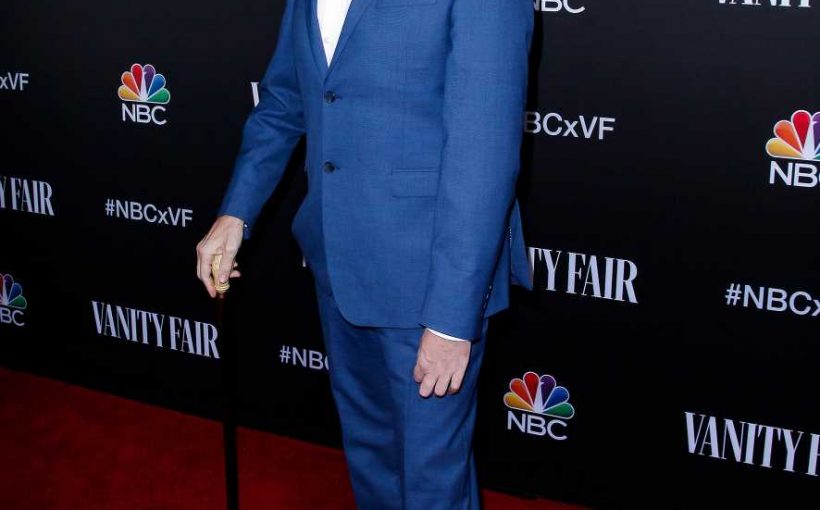 Timothy Omundson is serving looks on the red carpet once again!

On Monday night, the 50-year-old actor joined his fellow This Is Us cast members at the NBC x Vanity Fair Celebration of the Season event, which he revealed to fans was a particularly special moment — his first red carpet appearance since his 2017 stroke.

“Last night, I walked my first read [red] carpet since having my stroke,” he wrote on Twitter. “WALKED is the important word here. since I had to relearn how to do that.”

The Psych star went on to thank his physical therapists and Hollywood director Paul Feig, who gifted the actor a new cane.

“Thank you to my incredible team of Physical therapists for helping me get back here & to @paulfeig for my beautiful new walking stick!” he added.

Omundson later shared a close-up photo of the walking stick on Instagram, which was decorated with an engraving of William Shakespeare.

“Thank You, @paulfeig for your incredible gift of this beautiful walking stick. Bearing the likeness of my favorite playwright from my favorite film director I will cherish it🥰‼️” he wrote on Instagram.

In April 2017, Omundson suffered a major stroke at the age of 47. His debut on This Is Us last month as Gregory — new neighbor of Kate (Chrissy Metz) and Toby (Chris Sullivan) — also marked the actor’s first time returning to TV.

“Kind of a big day for me Just over 2 years ago, a stroke almost killed me. Tonight, I’m returning to Prime Time Network Television Thanks to @Dan_Fogelman and the great people @NBCThisisUs hope you’ll turn in. #suckitstroke #Tim2.0,” Omundson tweeted on Oct. 8.

According to Today, Fogelman, who is the show’s creator, wrote the role specifically for Omundson. His character is also recovering from a major stroke on the show.