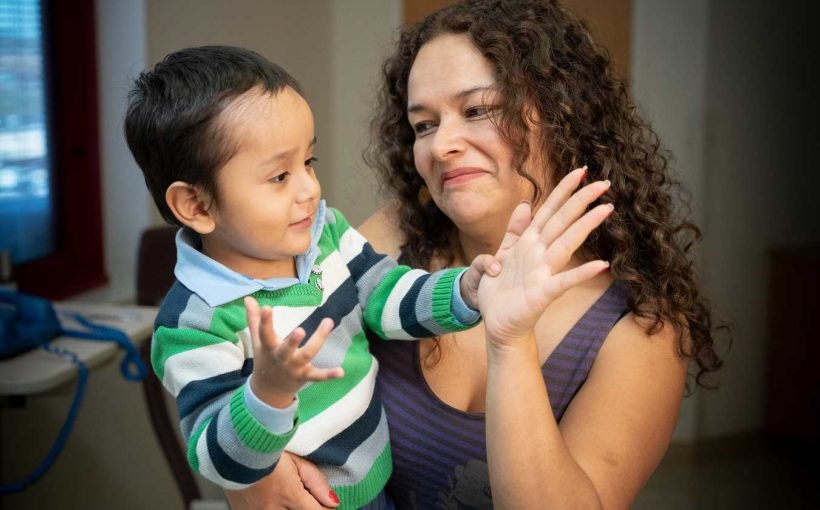 A revolutionary new study has shown that the human immunodeficiency virus (HIV) may hold some positive answers when it comes to treating severe combined immunodeficiency.

Also known as SCID or “bubble boy disease,” the condition, according to the American Academy of Allergy Asthma & Immunology, “is an inherited primary immunodeficiency disease (PIDD) that typically presents in infancy [and] results in profound immune deficiency condition, resulting in a weak immune system that is unable to fight off even mild infections.” The AAAAI also notes that the disease “is considered to be the most serious PIDD.”

But doctors have seemingly found a way to cure the disease in babies (most often seen in males) via gene therapy: by inserting a corrective gene into a patient’s cells via a tweaked version of HIV, in a way that they say it will not lead to development of AIDS or increase the risk of leukemia.

The study was conducted on eight infants — including now-2-year-old Gael Jesus Pino Alva — with the SCID-X1 variation of the disease, by researchers at St. Jude Children’s Research Hospital in Memphis, Tennessee. Their findings were published Wednesday in The New England Journal of Medicine.

HIV Patient in London Appears to Be Second Person Ever Cured: “There Is No Virus There”

Ahead of the gene therapy, “the infants received two days of low-dose busulfan, which was a chemotherapy agent most commonly used in bone marrow transplantation, to make space in the marrow for donor stem cells to grow,” the study’s first author, Dr. Ewelina Mamcarz, told CNN. “The outcome has been truly outstanding for our patients.”

During the therapy, doctors harvested stem cells from the patients’ bone marrow before using a virus (a.k.a. a medically modified copy of the HIV virus) as a “vector” to insert a healthy copy of the previously mutated IL2RG gene into the babies’ cells, before inserting the collection of cells back into the babies’ systems for treatment.

“It originated as HIV, but it’s really no longer HIV when it’s inserted,” another of the study’s researchers, Dr. Morton Cowan, explained to CNN of the process in which the operative parts of the virus were taken out.

Doctors are still monitoring the eight initial patients, who each received the treatment between six months and two years ago and are all seeing positive ongoing results with no severe, negative side effects thus far, the Associated Press reports. (One patient needed a second round of the gene therapy, but is now doing well.)

“For a long time we didn’t know what was wrong with him. He just kept getting these infections,” Kristin Simpson told AP of her son Omarion, who was the 10th patient treated with the new gene therapy, in December.

But now, Simpson added of her almost 1-year-old, “He’s like a normal, healthy baby. I think it’s amazing.”