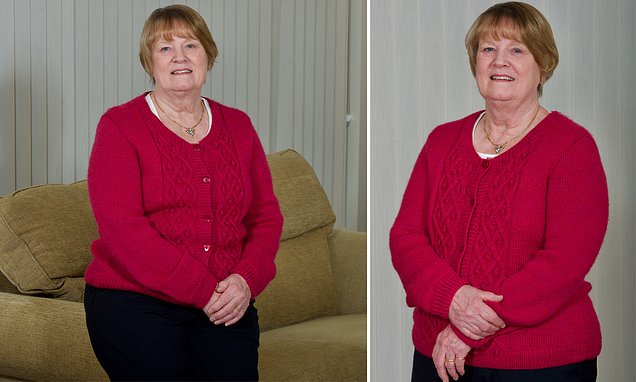 The laser surgery that puts heartbeat back on track in an HOUR: Doctors hail new treatment for heart rhythm problem 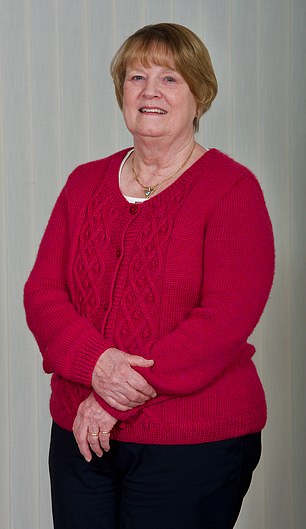 More than one million Britons have a heart rhythm problem known as atrial fibrillation. Diana Jackson, 68, underwent a new laser procedure to treat it

More than one million Britons have a heart rhythm problem known as atrial fibrillation.

Diana Jackson, 68, a grandmother-of-five and retired local authority team leader from Arnside, Cumbria, underwent a new laser procedure to treat it, as she tells ADRIAN MONTI.

Early one December morning, I was awoken by my heart beating rapidly and erratically, which left me gasping for breath.

Sadly I was used to this, as it had happened many times over the previous 35 years — but doctors put it down to stress and couldn’t find a cause.

Two years ago, it worsened. It would occur three or four times a week and lasted longer, sometimes all day, leaving me exhausted. The GP suspected a heart rhythm problem but said the only way to confirm it was to do an ECG test during an episode, to monitor heart activity.

So in December 2019, when I still felt breathless at 9am — six hours after an episode began — I went to the GP surgery.

An ECG confirmed atrial fibrillation (AF), where your heart beats rapidly and irregularly because of faulty electrical impulses. My GP warned it could lead to blood pooling in my heart, increasing the risk of a clot — and a stroke.

What are the risks?

As with all ablation types, the procedure carries a risk of bleeding or bruising. Both are usually treatable or resolve over time.

There is a small risk of a stroke, which is minimised by patients taking anticoagulant medication before, during and after the procedure.

Dr Derick Todd, a consultant cardiologist at Liverpool Heart and Chest Hospital, says: ‘Currently laser ablation is niche. There is some evidence that it is another useful way of treating atrial fibrillation — but no trials have compared it head-to-head with other ablation, so it is hard to say if one is better.’

I was prescribed blood-thinning drugs, and beta blockers to restore normal heart rhythm. But they didn’t help.

Gradually my AF became almost constant, leaving me breathless, dizzy, sweating and sick. I barely went out as I was left so tired, and I didn’t see friends in case I had an attack and was stuck somewhere.

Even walking up the stairs would be a struggle due to the breathlessness, and I had no energy. I had to rely on my husband Nick a lot.

My GP referred me to a cardiologist for catheter ablation, where they destroy the tissue that’s causing the abnormal electrical signals.

But the NHS waiting list was ten months long, so I went privately. Last January I saw cardiologist Dr Scott Gall, who told me ablation could be done with radio-frequency, freezing, or a technique he was pioneering with lasers.

Using a laser meant the procedure was more precise, reducing the chance of needing a second ablation, and faster — less than an hour compared to several hours. I agreed straight away as I wanted my normal life back.

I had the procedure in February under a general anaesthetic. When I came round, I was still quite breathless, which worried me. But Dr Gall reassured me this was normal due to the inflammation caused by the ablation.

I went home the next day and took things slowly. The breathlessness disappeared over the next four weeks and I’ve had no palpitations since.

I’m hoping my medication will be reduced at my appointment next month, but for now it’s a small price to pay to be rid of the symptoms.

Having my AF fixed means things are back to normal. Nick and I can go (lockdown permitting) for long drives and not worry about my heart slowing me down. 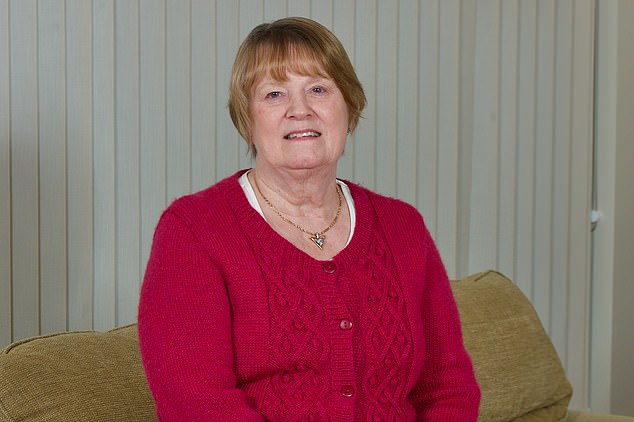 Gradually my AF became almost constant, leaving me breathless, dizzy, sweating and sick. I barely went out as I was left so tired, and I didn’t see friends in case I had an attack and was stuck somewhere. Even walking up the stairs would be a struggle due to the breathlessness, and I had no energy, says Ms Jackson

Atrial fibrillation affects some one million people in the UK and risk factors include ageing, high blood pressure, obesity and excess alcohol intake.

In AF, the heart’s natural pacemaker — the sinus node (cells in the upper right chamber, or atrium) — is overridden by abnormal signals fired by the pulmonary veins, which bring oxygenated blood to the heart from the lungs. The rogue signals stop the heart’s two atria contracting properly, meaning blood pools in the heart.

This can cause the main pumping chambers — ventricles — to beat faster and irregularly, which can cause palpitations, tiredness, breathlessness and dizziness. Inefficient heart pumping can eventually lead to heart failure and clots which cause a stroke.

Treatment includes anti-coagulants to reduce stroke risk, and beta blockers to control heart rhythm. But these may not work in all patients and studies have shown that in many cases ablation is actually more effective.

Doctors can ‘kill off’ or ablate the heart tissue that sends out faulty electrical signals.

This is usually done with radiofrequency, or a cryoablation freezing therapy.

One of the major issues with existing ablation techniques is recurrence, as studies suggest that 30 per cent of patients will need more than one procedure.

That’s partly because the current techniques rely on X-rays or 3D computer images to guide the ablation. This means doctors often miss areas or only partially treat tissue. As a result, the AF usually recurs after a few months.

Veins can also vary in size and shape (ablation is performed by inserting the instruments into the heart via the veins), which can mean some technologies don’t fit properly or aren’t flexible enough.

I learned of a new type of ablation using HeartLight laser technology at a conference eight years ago — and it is increasingly available in the UK. Last year, I began using HeartLight X3, the latest version of this laser system.

It is unique in that it lets the cardiologist see the veins using a camera inserted exactly where the laser is. We don’t have to rely on X-rays or computer- simulated images, so we can ablate the tissue more accurately. The balloon we use in this ablation is also very flexible and adjustable, so it can adapt to fit all veins.

The laser energy is also thought to damage the tissue more effectively than electrodes, creating durable scars that last. This all gives us the best chance of a successful first-time procedure.

It is also quicker, taking an hour or less. Other ablations can take hours. This means that patients do not need as much anaesthetic and can recover more quickly.

Laser ablation can be done with either a local or a general anaesthetic. Two 2mm incisions are made in the groin and a thin plastic tube is threaded through the femoral vein at the top of the thigh using ultrasound.

A wire is threaded through to the heart and a plastic sheath is passed into the left atrium.

The laser and camera are inside a deflated balloon, which is passed through the sheath and inflated inside each of the pulmonary veins using special water, one by one.

It is important to treat all the veins (there are usually four) as any of them can be triggering AF.

After the treatment, everything is removed and pressure is applied to stop bleeding.

Patients usually stay in hospital overnight for monitoring. They could suffer further symptoms for up to 12 weeks until inflammation from the procedure settles, but most are progressing well after a month, and some patients feel instantly better.

If the patient is not at high risk of stroke, they usually come off medication after three months.

Research carried out at centres worldwide suggests this treatment is effective and safe. A study of 71 AF patients treated with the laser, published in the Spanish Journal of Cardiology in 2016, showed 99 per cent of pulmonary veins were successfully treated.

I have now treated 500 patients with laser ablation and trained doctors here and abroad in its use. It can be a game-changer.

This week: It boosts stroke recovery

After two years, their mood, concentration, arm function and gait were much better than patients who had standard rehabilitation without music.

Repetition is essential for helping the brain rewire new pathways after a stroke — and the study found doing repetitive exercises with music is more pleasurable, less tiring and more motivating than doing it without.

Researchers are applying for permanent NHS-funded music therapy on the stroke ward at Addenbrooke’s Hospital, Cambridge. 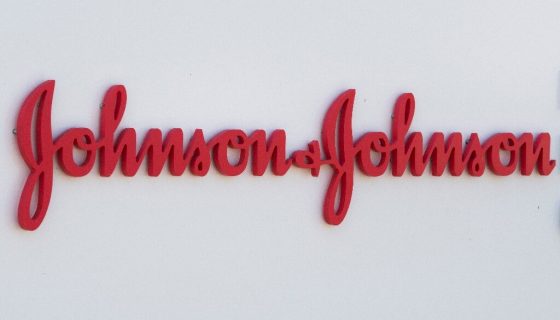 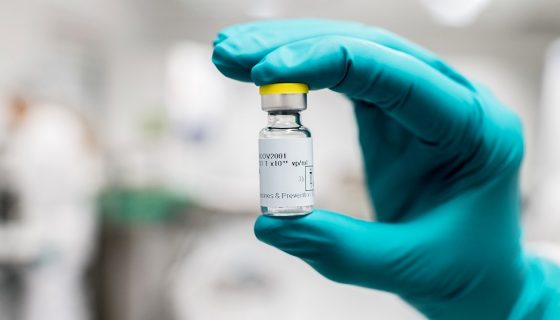 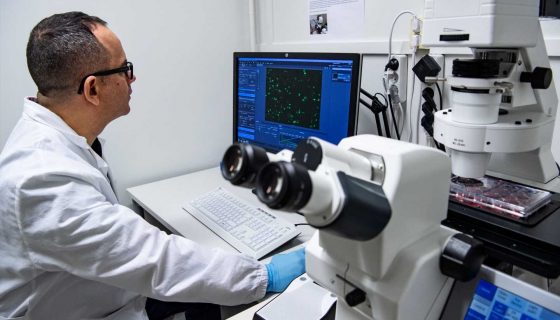 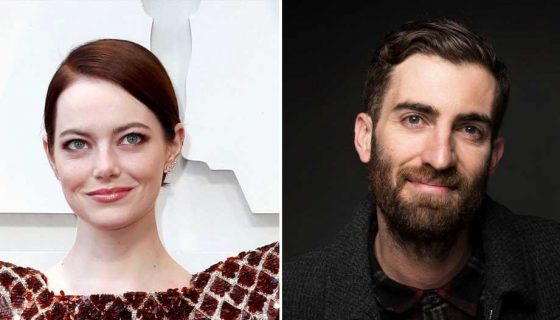 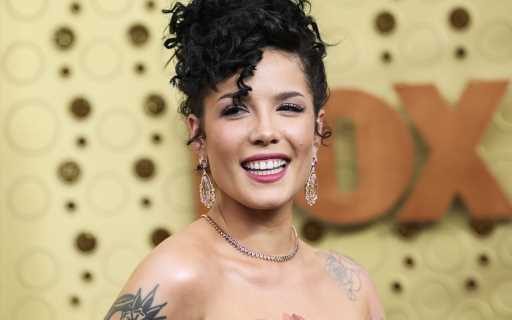 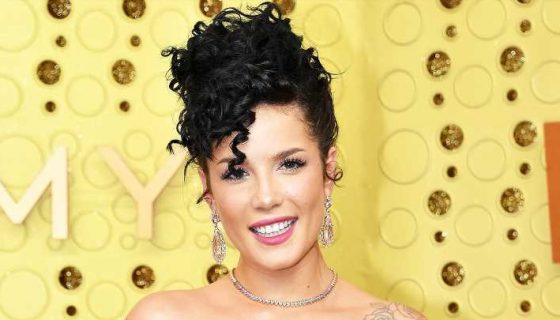