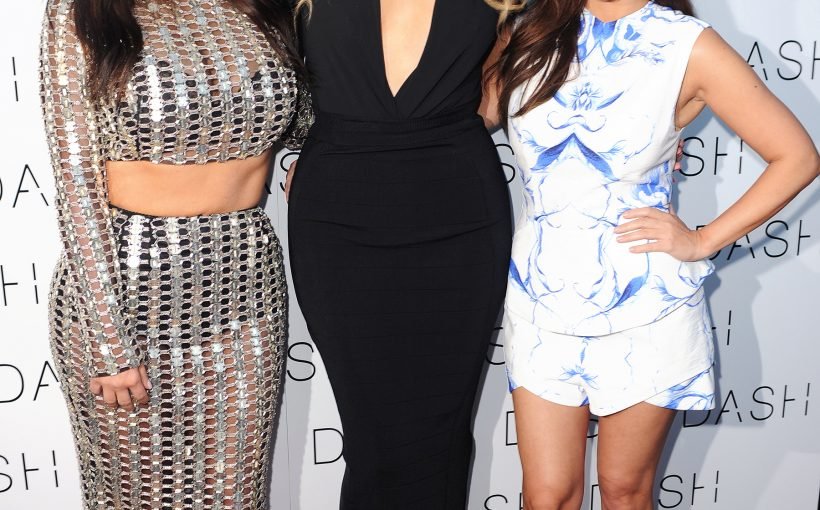 “I always try to avoid sugar — especially refined sugar — for so many reasons,” Kourtney Kardashian shared in 2017. The reality star, 39, doesn’t drink any soda and makes her own salad dressing at home.

“Store-bought salad dressing can be secretly full of sugar,” she said. “I learned to make my own dressing (which is so easy!) and have a handful of salads that I make regularly that I actually love.”

Khloé Kardashian, 34, says that drinking tons of water keeps her fit. She drinks 5 liters of water a day. (That’s over 21 cups!)

In 2017, Kendall Jenner shared her favorite at-home workout, which you can do in only 11 minutes with no equipment necessary.

The workout includes a combination of planks, crunches and leg lifts. “If I’m traveling or don’t feel like leaving my house, these are all the moves I try to get in — in just 11 minutes!” the model said.

After giving birth to daughter Stormi in February 2018, Kylie Jenner upped her exercise routine. A source told E!, “Kylie has never been a fan of working out in the past, but has recently started a new routine and has been trying to be very consistent.”

According to E!, the makeup mogul likes to do “a lot of HIIT (high intensity interval training) and needs to be constantly switching up the moves.”

“I drink a glass of water mixed with 2 tbsp. of apple cider vinegar twice a day (in the morning and at night),” Kourtney has said.

Perhaps she read a 2009 study from Japan that found that swallowing two tablespoons of diluted apple cider vinegar twice a day with meals helped some people lose about 4 lbs. after 12 weeks.

Motivating yourself to exercise is always easier if you have a buddy. A source told E! that Kylie has made exercising into a “really fun family event in the mornings.”

“She loves working out with her sisters and they motivate her a lot,” the source added. “The girls often have a nanny or someone watch the [cousins] in the morning so they can all workout.”

Kim Kardashian swears by her daily workout — which involves mostly heavy weights. “I work out about an hour-and-a-half every single day, heavy weights,” she told E! News. “I don’t do a lot of cardio.”

Kim exercises with her trainer, a former bodybuilder, six days a week at 6 a.m. According to her trainer, they rotate through specific body parts: shoulders, biceps/triceps, and chest/back, as well as three days devoted to legs. The cardio that Kim does work on is either short bursts of high intensity, or longer, low-intensity walks.

Khloé told USA Today in 2017 that she uses a step counter to track her steps each day. To make it more convenient, download a free step counter app on your phone.

Before she had an app, Khloé tried using a step counter that her sister Kourtney gave her, but it attached to the waist and “was so uncomfortable.”

Kourtney has said that going gluten-free and dairy-free has improved her life.

“I have always felt fine before when eating dairy and gluten, but I do believe that we have one life to live and I would like to live it feeling my best,” Kardashian said in 2016. “I have noticed a great positive change in behavior with my children when we stick to a gluten-free and dairy-free diet. I don’t think everyone needs to eat this way but we had muscle testing done, which showed we all have sensitivities to corn, gluten and dairy.”

Kim’s trainer Melissa Alcantara shared details of the reality star’s diet in August 2018. Processed foods are off-limits for Kim, so no crackers or cookies.

Said Alcantara: “I want her to eat real food that’s cooked every day. Most likely if it comes out of a box, it’s not going to be good for you. She’s eating well and she feels good.”

“I want to say about food, it’s this: Don’t diet. When you diet, you are basically setting yourself up for failure. I mean, the word die is in there!” she wrote in her book, Strong Looks Better Naked. “You’re not allowing yourself to enjoy the food you love, and it will only make you want it that much more. Make smart lifestyle changes, one baby step at a time.”