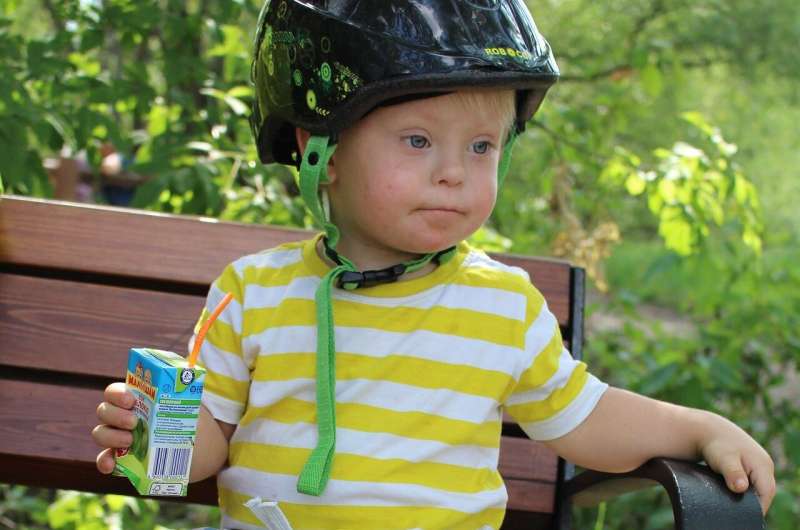 A study reveals the genetic factors that may expose or protect people with Down syndrome from SARS-CoV-2 infection, as well as the prognosis of COVID-19.

Their findings, which are published in the journal Scientific Reports, follow previous studies showing a tenfold mortality risk of COVID-19 for people with Down syndrome, adding further evidence to boost existing calls for priority vaccination of the medically vulnerable group.

The researchers analyzed all publicly available Down syndrome transcriptomic data to uncover alterations that might affect SARS-CoV-2’s infection and disease progression.

TMPRSS2, a gene that codes for an enzyme critical for aiding the entry of SARS-CoV-2 in human cells, had 60% higher levels of expression in Down syndrome. The gene is located on chromosome 21, which people with Down syndrome have three copies of.

The researchers also found higher expression levels for CXCL10, a gene that can trigger a cascade of events resulting in out-of-control inflammation where the body’s immune system attacks its own lung cells. This phenomenon, known as a cytokine storm, is one of the main causes of patient hospitalization and death. The authors hypothesize this may lead individuals with Down syndrome to be more susceptible to late onset complication such as lung fibrosis.

People with Down syndrome may also be susceptible to subsequent bacterial infections following COVID-19. The researchers found that trisomic cells have lower expression of the NLRP3 gene, which is critical for the maintenance of homeostasis against pathogenic infections.

However, the researchers also found signs that people with Down syndrome have an overactivated interferon response, an important innate defense that shuts down viral replication within cells. Two of the genes linked to an interferon response—IFNAR1 and IFNAR2—are found on chromosome 21.

One of the limitations of the study is that the datasets studied cannot be used to assess the risk of COVID-19 across different ages. A recent survey from the international Trisomy 21 Research Society highlights a substantial increased risk of mortality for people with Down syndrome above the age of 40.

“Previous studies have shown an association between Down syndrome and higher COVID-19 mortality. These studies have not shown a direct causal interpretation but can inform policy and motivate further investigation,”says Dr. Mara Dierssen, Group Leader at the Cellular & Systems Neurobiology lab at the Centre for Genomic Regulation (CRG) and author of the study.

“On balance, we consider that individuals with Down syndrome who are older than 40 or have significant comorbidities are highly medically vulnerable, both at the stage of infection and for the prognosis once the cytokine storms begins,” says Dr. Dierssen, who is also the former President of the Trisomy 21 Research Society. “This is why people with Down syndrome should be prioritized immediately for early vaccination against COVID-19 worldwide.”

According to Ilario de Toma, a postdoc at the CRG and co-author of the study, “we need further research to study transcriptomic alterations within lung tissue during the different stages of the infection, possibly stratifying by age.”