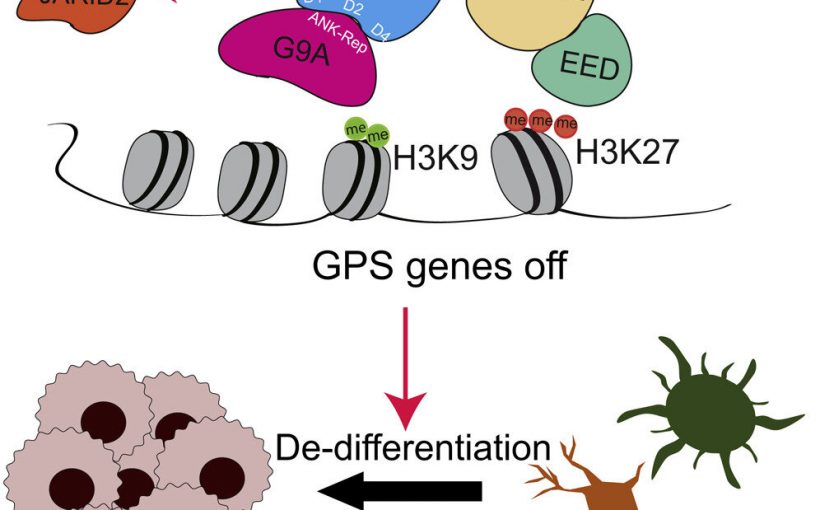 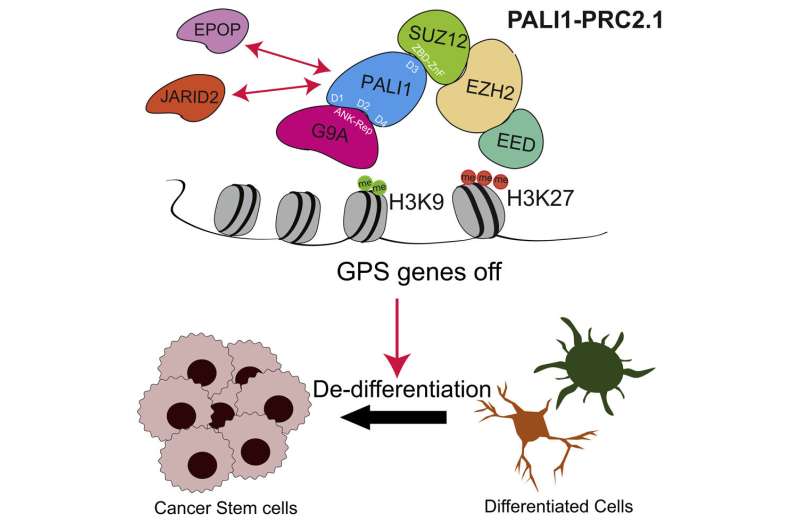 A Northwestern Medicine study has discovered that elevated PALI1 in advanced prostate tumors mediates crosstalk between two primary epigenetic silencing mechanisms, suggesting that dual epigenetic inhibition may be an effective therapeutic strategy, according to findings published in Molecular Cell.

“Our discoveries of PALI1’s critical role in bridging and exploiting two major epigenetic silencing machineries for gene repression and tumor promotion strongly advocate combinatorial use of their respective pharmacological inhibitors,” said Jindan Yu, Ph.D., professor of Medicine in the Division of Hematology and Oncology and senior author of the study.

A distinctive feature of many cancers is uncontrolled growth caused by dedifferentiation, which occurs when differentiated cells forget their identity and regain lineage plasticity. In previous work, PALI1 had been identified as an accessory protein of the Polycomb Repressive Complex 2 (PRC2), which maintains the pluripotency of stem cells by silencing genes essential for cell differentiation.

They discovered not only that PALI1 was upregulated, but the protein also competes with the JARID2 protein for binding to PRC2 and directly interacts with the G9A protein, driving cell proliferation and invasion.

Notably, PALI1 bridges a unique interaction between PRC2 and G9A proteins, both of which play a role in the epigenetic silencing of a set of genes called G9A-PALI1-SUZ12 (GPS), which are involved in cell differentiation and are suppressed during tumorigenesis.

The loss of GPS genes is associated with poor clinical outcomes, and targeting PRC2 and G9A using complimentary inhibitors may have therapeutic potential, according to Yu.

“Fortunately, the GPS can be rescued through simultaneous targeting of PRC2 and G9A using their respective inhibitors, a therapeutic approach that might benefit a large number of patients with advanced prostate cancer,” Yu said.

Moving forward, Yu said her team aims to characterize other critical functions of PALI1 in prostate cancer and in other cancer types, findings that she said can drive bench-to-bedside translation.

“Our study is the first to dive into the roles of PALI1 in cancer. We are also among the first to study PALI1 in the human setting, as the limited studies on PALI1 are mostly on mouse embryonic stem cells,” Yu said. “We developed reagents for human PALI1 genes and proteins that will be useful for the investigation of PALI1 in various human diseases.”