Home » Health News » Struggling to drift off during the winter months? This sleep study could have the answer 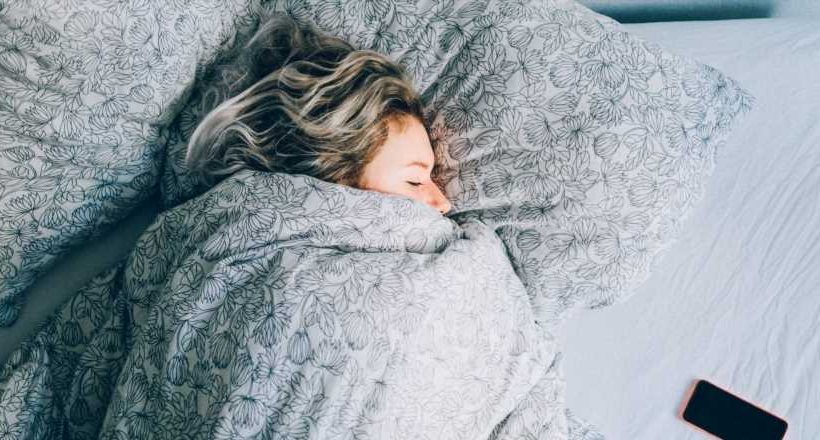 Getting out and about earlier in the day could be the secret to drifting off to sleep earlier during the winter months, according to new sleep research from the University of Washington.

If you’re finding it hard to drift off to sleep right now, a new study from researchers at the University of Washington might have pinpointed a potential reason why we struggle to fall asleep during the winter months – and what you can do about it.

According to the study, published in the Journal of Pineal Research last month, not getting enough natural light during the day in winter can lead to issues when we’re trying to nod off.

To investigate how the change in the seasons might impact our sleep patterns, the researchers fitted over 500 university students in the city of Seattle in Washington, USA, with wrist trackers which monitored both their sleep patterns and their exposure to light over the four seasons.

They found that while the students slept for roughly the same amount of time throughout the year, they would fall asleep later during the autumn and winter, even when following a “school schedule” during term time.

During winter, the students fell asleep an average of 35 minutes later and woke up 27 minutes later than they did during the summer.

The researchers’ findings also suggested that exposure to light has a different impact on the body’s circadian clock – the 24-hour rhythm that regulates the body’s sleep cycle – at different times of the day, with light during the day more likely to help you fall asleep earlier.

Data gathered from the study found that the students’ circadian cycles were running up to 40 minutes later in winter compared to the summer.

“Our bodies have a natural circadian clock that tells us when to go to sleep at night,” said the study’s senior author Horacio de la Iglesia, a professor of biology at the University of Washington.

The circadian rhythm is our body’s 24-hour internal clock

“If you do not get enough exposure to light during the day when the sun is out, that ‘delays’ your clock and pushes back the onset of sleep at night,” he explained.

“Light during the day – especially in the morning – advances your clock, so you get tired earlier in the evening, but light exposure late in the day or early night will delay your clock, pushing back the time that you will feel tired.

“Ultimately, the time that you fall asleep is a result of the push and pull between these opposite effects of light exposure at different times of the day.”

So even though getting out of bed during the winter months can feel like a mammoth task, you’ll reap the benefits in the long run, as getting out and about earlier could make it easier for you to drift off to sleep that night.

“Many of us live in cities and towns with lots of artificial light and lifestyles that keep us indoors during the day,” de la Iglesia added.

“What this study shows is that we need to get out – even for a little while and especially in the morning – to get that natural light exposure. In the evening, minimise screen time and artificial lighting to help us fall asleep.” Time to set that alarm clock – and avoid the temptation to hit snooze.