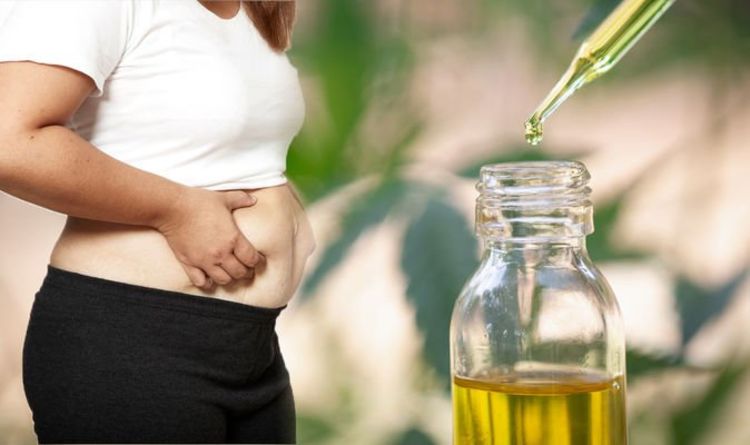 Stomach bloating describes that uncomfortable sensation that typically follows a blowout meal and an overindulgence in fizzy drinks. The symptoms can be a nuisance – an overwhelming feeling like the belly is on the brink of bursting is a commonly reported complaint. Cutting out the known offenders is usually recommended course of treatment. Growing evidence suggests a popular natural remedy may alleviate symptoms.

CBD oil has garnered much publicity for its potential health benefits.

The chemical compound sourced from hemp plants been touted as a potential medication for a wide-range of conditions such as depression, pain management, cancer and skin flare-ups.

Evidence also suggests it may help to soothe tummy swelling and other symptoms associated with poor gut health.

Commenting on the potential benefits of CBD oil on gut health, a review published in the journal Cannabis and Cannabinoid said: “Cannabis has been used medicinally for centuries to treat a variety of disorders, including those associated with the gastrointestinal tract.”

The authors add that the endocannabinoid system participates significantly in the normal physiology of gastrointestinal function, displaying involvement in motility, gut-brain-mediated fat intake and hunger signalling, inflammation and gut permeability, and dynamic interactions with gut microbiota. 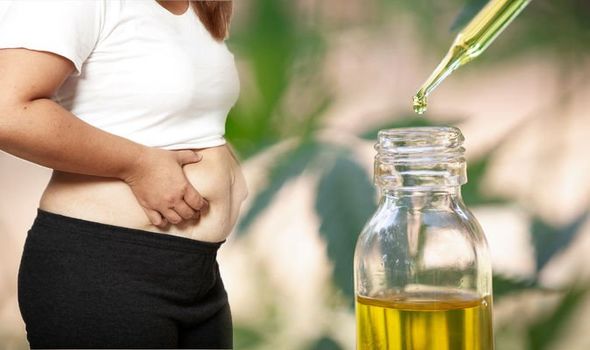 Reflecting on the potential of CHB oil in this area, Dr. Kenneth Brown, MD, a board-certified gastroenterologist and doctor of internal medicine in Plano, Texas said: “It’s been shown to help heal ulcers and decrease acid reflux.

“When the CBD binds to the CB1 receptor, it decreases excessive gastric acid, helps the lower esophagus prevent reflux, and increases blood flow to the lining of the stomach to help it heal quicker.”

Another potential issue people face relates to the “carrier” of the oil, according to Dr. Michele Ross, PhD, CEO of Infused Health and a leading cannabinoid medicine researcher.

A carrier oil, also known as a base oil, is a plant-derived oil which is used to “carry” essential oils and plant supplements – supplements such as CBD, absorb better with the help of carrier oil. 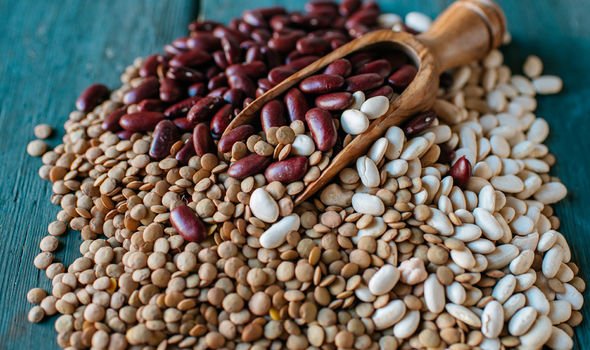 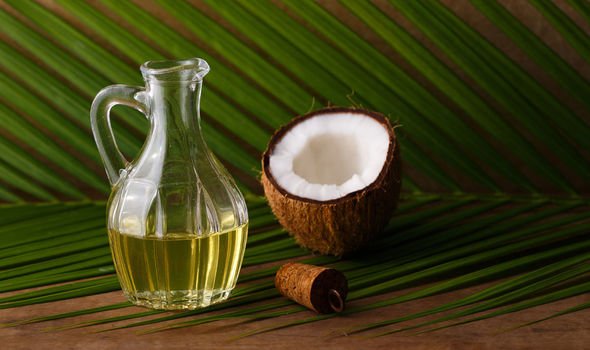 Dr Ross said: “If you are experiencing gastrointestinal distress symptoms or an upset stomach, you may have a sensitivity, especially to coconut/MCT oil, which is the most common carrier I’ve seen. Many people can experience abdominal cramping and stomach pain, especially when consuming large quantities.”

If people are experiencing these symptoms, Dr. Ross suggested that they stop taking CBD oil for a day or two to identify that it’s the supplement and not some other issue (your diet, stress) that is causing their discomfort.

Then, try taking the CBD oil again at half the dose they were taking before.

If it’s still bothering them, they should experiment with a CBD oil that uses a different carrier, or perhaps an entirely different method that’s applied to the skin, rather than through the stomach, he advised.

According to the NHS, other more common ways to banish the bloat include cutting down on on foods known to cause wind and bloating, such as:

“But make sure you still eat five portions of fruit and vegetables a day,” said the health body.

The NHS also recommends keeping a food diary for a couple of weeks, noting everything that you eat and drink and when bloating troubles you most, to determine whether the bloating is being caused by a food intolerance.