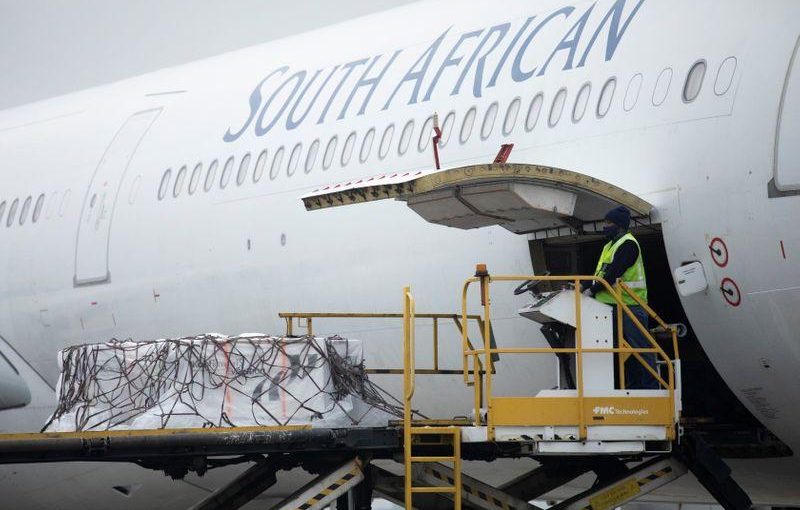 JOHANNESBURG (Reuters) – South Africa has signed an agreement with Johnson & Johnson to secure 11 million COVID-19 vaccine doses and will ease restrictions due to a decline in new cases, President Cyril Ramaphosa said on Sunday.

FILE PHOTO: A worker looks on as the second delivery of the Johnson & Johnson coronavirus disease (COVID-19) vaccine is offloaded at the O.R Tambo International Airport in Johannesburg, South Africa, February 27, 2021. Kim Ludbrook/Pool via REUTERS

South Africa has been the hardest-hit on the continent by the pandemic, recording almost half of the COVID-19 deaths and more than a third of reported infections.

But daily cases have fallen below 2,000, from a peak above 20,000 last month during a second wave of infections.

Ramaphosa said in a televised address that 2.8 million of the J&J doses would be delivered in the second quarter, with the rest spread throughout the year.

South Africa started administering the single-dose J&J vaccine this month in a research study targeting healthcare workers but has not yet rolled out shots to the wider population unlike in many Western countries.

Ramaphosa said 20 million doses of Pfizer’s vaccine had also been secured, 12 million shots would come from the World Health Organization’s COVAX scheme and that the government was finalising its allocation from the African Union.

In total the country aims to vaccinate 40 million people, or two-thirds of the population.

Ramaphosa said that so far more than 67,000 health workers had received the J&J vaccine.

The second phase of the country’s vaccination programme, which includes the elderly, essential workers and those with co-morbidities, would start around late April or early May.

The cabinet had decided to move the country from alert level 3 to 1, he added, meaning a shorter curfew from midnight to 4 a.m., gatherings would be allowed and alcohol sales would return to normal licence provisions.

“The easing of restrictions should not be viewed as a reason to abandon precautions,” Ramaphosa said. “The threat of a third wave is constantly present.”