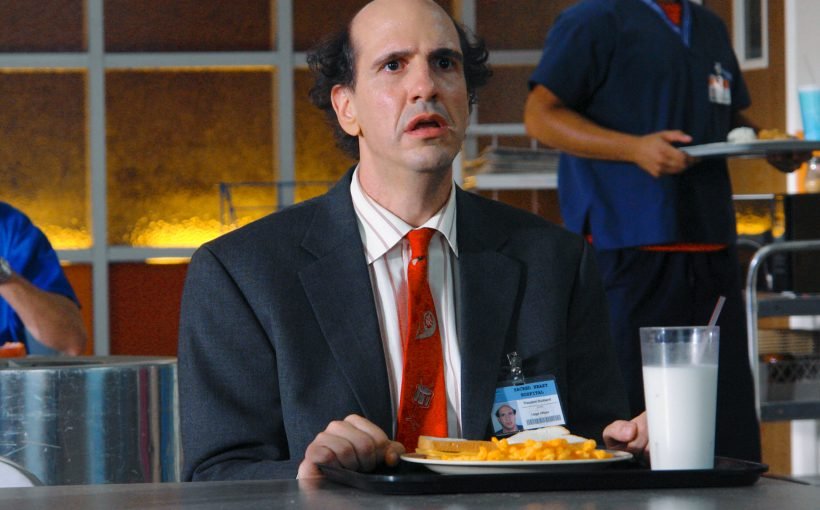 The year 2019 is off to a rough start for Sam Lloyd, who played a hospital lawyer on NBC’s Scrubs starring Zach Braff.

Lloyd, 55, was diagnosed with lung cancer in January — just weeks after his wife Vanessa gave birth to their first child together, a boy named Weston, according to his GoFundMe.

RELATED: Jay Ellis’ Family History with HIV and AIDS Inspired Him to Fight the Stigma: ‘It Needs to Be Erased’

Halfway through January, Lloyd began experiencing regular headaches and he quickly lost 10 lbs. Initially he attributed the symptoms to his busy, sleepless schedule, which revolved around caring for Weston as well as his ailing mother. But eventually things got bad enough that his doctor ordered a CT scan that revealed a brain tumor, according to GoFundMe.

RELATED VIDEO: Baby Graduates from the NICU at UPMC’s Children’s Hospital of Pittsburgh

Within 24 hours, surgeons were attempting to remove the mass, but they soon discovered it was too intertwined with the rest of his brain to safely extract. A few days later, Lloyd and his wife learned the cancer, which started in his lungs, had already spread to his spine, jaw and liver, in addition to his brain.

Still, according to the GoFundMe, the Lloyds have stayed positive. The actor even got a slap on the wrist from a nurse for cheering too loudly for the Patriots in his hospital room a few weeks ago. When the nurse left, he supposedly joked to his family and friends, “What are they gonna do? Kill me?”