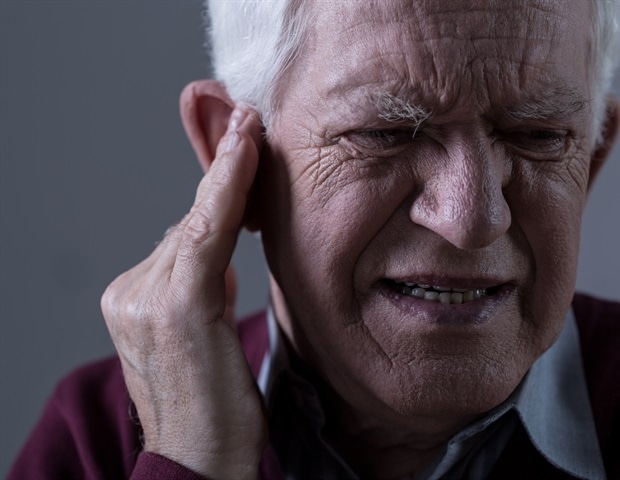 A team of scientists from the University of Granada (UGR) and GENYO (Pfizer-University of Granada-Andalusian Government Centre for Genomics and Oncological Research—led by Pablo Roman-Naranjo and Jose Antonio López-Escámez, researcher in charge of the Biohealth Research Institute in Granada (ibs.GRANADA)—has identified new genes associated with familial Meniere's disease.

Meniere's disease is a disorder of the inner ear that is characterised by repeated episodes of vertigo and persistent noise in the ears (tinnitus), leading to progressive hearing loss.

This disease has a hereditary component, as identified in family aggregation studies, with approximately 10% of patients having one or more relatives affected by it. In this new study, published in the journalHearing Research, a total of 62 families affected by this disease (mainly from Spain) were analysed. The results point to the existence of a relationship between familial Meniere's disease and various ear-genes, the main candidate being theMYO7Agene,which encodes a protein called myosin VIIa that is specific to inner-ear hair cells.

The correct functioning of the ear relies on thousands of genes. When these genes are altered by rare mutations, this may reduce both the individual's ability to keep their balance and to hear properly. In the case of Meniere's disease, the researchers in this study propose a "digenic inheritance" model, in which rare mutations in at least two genes are necessary.

The origin of this disease in some families seems to lie in rare mutations of theMYO7Agene, together with mutations in other genes, such asCDH23,PCDH15,orADGRV1(that is, genes with whichMYO7Ainteracts). This hypothesis is based on the results obtained in the present study: nine of the families presented rare mutations in these genes.

As the article notes, these genes are expressed in a specific area of ​​the ear: thestereociliaof the neurosensory cells of the inner ear. These cells are responsible for the transmission of sound in the organ of Corti, as well as the perception of acceleration in the posterior labyrinth, sending nerve impulses to the central nervous system.Stereociliaare found in each of these cells. According to the authors, mutations inMYO7Aand other genes would cause alterations in several proteins that keep thestereociliabundled together, ultimately causing hearing loss and vertigo.

We suggest that rare mutations in theMYO7Agene, either by itself or combined with other mutations in genes that interact with MYO7A, would cause alterations in the morphostructure of thestereociliaand a loss of cohesiveness between them, with an abnormal opening of the mechanotransduction complex (located in the cilia) and, finally, hearing loss and/or vertigo. TheMYO7Agene has been associated with familial sensorineural hearing loss or retinitis pigmentosa—another rare disease that causes blindness." explain the authors.

The 'Otology and Otoneurology CTS495' research group, led by López-Escámez, coordinates genomic studies in collaboration with over 15 hospitals in Spain, Italy, and Switzerland and participates in several research projects on Meniere's disease funded by the "Carlos III" Health Institute (PI20-1126), the Department for Health and Families (PI027-2020), and the Department for Economic Transformation, Industry, Knowledge, and Universities (PI20-00303).

The study of Meniere's disease and the identification of new genes that can explain its origin can help to decipher the mechanisms underlying it and thereby facilitate its early genetic diagnosis, as well as contribute to the development and application of new drugs in its treatment.