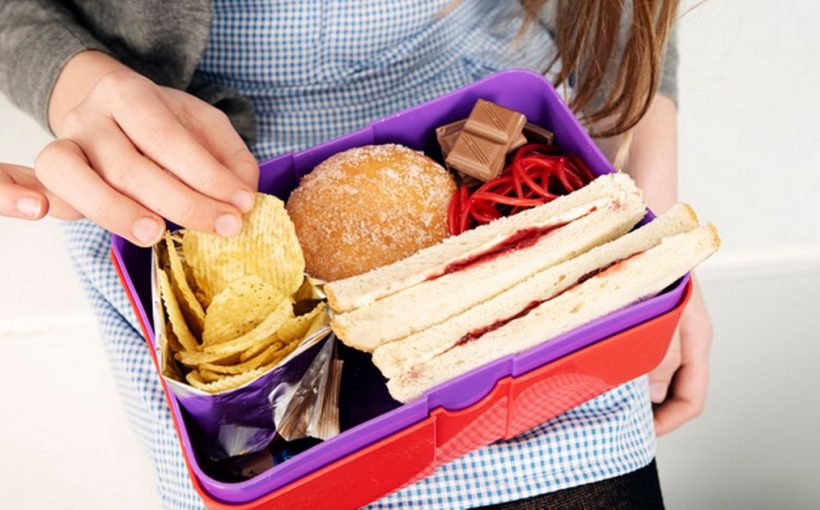 Parents are being taught how to pack their children’s lunchboxes by schools after researchers at Leeds University found that over 59 out of 60 packed meals were unhealthy.

School Food Matters, a charity now working with over 100 schools across the country, are now training parents and carers of schoolchildren in how to pack lunches that are more healthy and nutritious.

The research, which was published in the BMJ Open journal and presented at the European Congress on Obesity in Maastricht, revealed that four in five lunch boxes didn’t include a vegetable, while half of them didn’t have fruit.

Around two-thirds of the lunches contained too much sugar, while many parents also packed items like sausage rolls, crisps, biscuits, white bread, ham, jam and Nutella.

Stephanie Slater, founder and chief executive of School Food Matters, said: “The Leeds study has shown that packed lunches rarely meet the school food standards and in our work in schools we regularly see lunch boxes filled with crisps, chocolate and fizzy drinks.

“We’re supporting schools to put together a packed lunch policy and workshops for parents so they know what to include in their child’s lunchbox.

“With a clear policy in place, school staff don’t have to become ‘packed lunch police’ which creates tensions between schools and families.

“But the very best way to ensure that children get the variety and the nutrition they need to thrive is to encourage them to eat a hot school meal.”

In 2006, only 1.1 percent of packed lunches met nutritional standards, with only an improvement of 0.5 percent witnessed a decade later, taking the figure up to 1.6 percent.

Mandatory rules on nutritional quality for school dinners were introduced in 2006 in England but no law covers packed lunches.

Tam Fry, of the National Obesity Forum, said: “The answer to this problem surely lies with Boris Johnson who, when Mayor of London, backed calls for a ban on packed school lunches… He recognised that children learn best having eaten hot nutritious food rather than boxes of junk that also feeds weight gain.”

Prof Jason Halford, president of the European Association for the Study of Obesity (EASO), said: “The quality of meal eaten at school, be they brought from home or bought at school, has been a long-standing concern, particularly in the UK.

“However, promoting more fruit and veg intake at school is difficult if this is not the diet at home.

“Helping families to pack more healthy lunches is obviously something that should be supported but we need to understand the barriers families face doing this, particularly with the rising prices of perishable foods.

“We also need to ensure we don’t stigma families by shaming either. Food insecurity and obesity in families are actually related issues.”