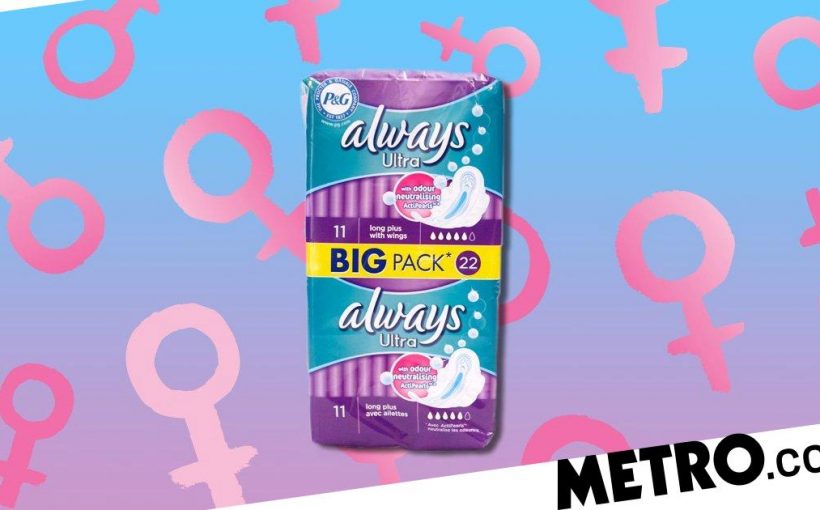 Earlier in the year, transgender campaigner Ben Saunders asked sanitary product brand Always why they include feminine logos in their packaging.

At the time, another activist who goes by Melly Bloom on Twitter made the same complaint asking why it was ‘imperative’ to have the Venus sign on their products.

Both feel that the company, owned by Proctor & Gamble, exclude transgender and non-binary people who use the items.

Since both complaints were made, Always has said it will now aim to remove the signs from their packaging from December 2019, with aims to have it distributed everywhere by February 2020.

Melly’s tweet to the brand read: ‘Could someone from Always tell me why it is imperative to have the female symbol on their sanitary products?

‘There are non-binary and trans folks who still need to use your products too you know!’

In response to the tweet from July, the North American Customer Care Team wrote: ‘At Always, we care about the needs and preferences of our customers,’ urging Melly to get in touch.

And now, they’ve written back to Ben saying they have taken on the advice and will be making changes. A delighted Melly has shared the letter sent to Ben on her Twitter.

The letter read: ‘We listened to you and our marketing team worked a solution. We are glad to inform you that as of December we will use a wrapper design without the feminine symbol.’

The note, signed from the Always team, reminded Ben that they might come across old packaging after December as distribution sometimes takes a while.

It said that the new design should be available in stores early in the new year.

But another user felt it was eliminating femaleness, saying: ‘Why are corporates so willing to alienate their core demographic at the drop of a hat because a few people tell them that recognising female biology is ‘exclusionary’?’

In the same vein, another wrote: ‘I’m so glad and thankful that people can be who they feel they are, but it feels like [cis] women are so offensive to people, being shunned and don’t have rights!’

We’ve contacted Ben, Melly and Always for comment and will update the article if they reply.