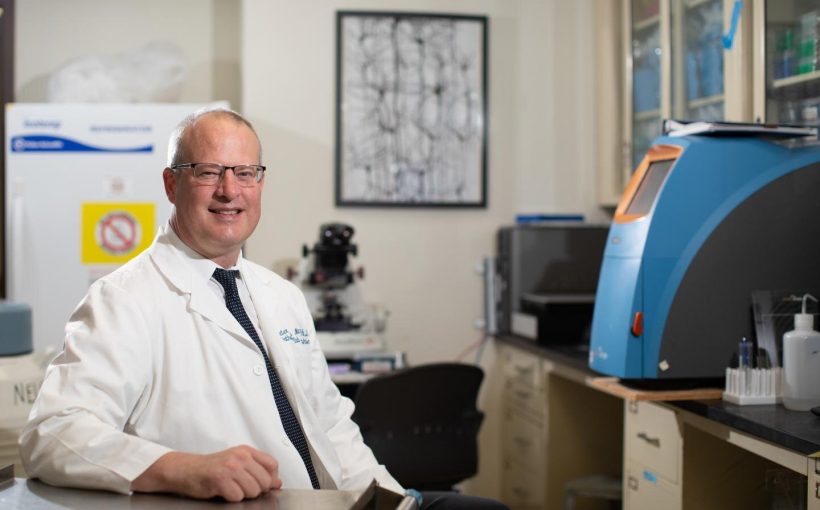 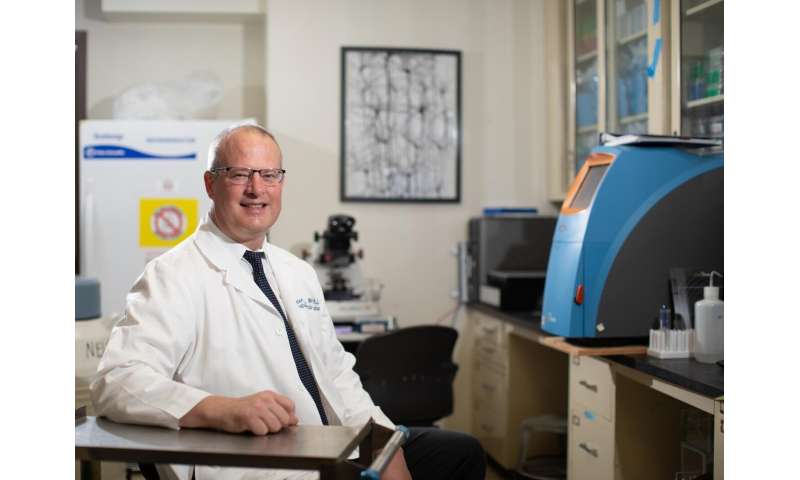 Working with their colleagues at the University of Pennsylvania, researchers at the University of Kentucky have found that they can differentiate between subtypes of dementia inducing brain disease. “For the first time we created criteria that could differentiate between frontotemporal dementia (FTD) and a common Alzheimer’s ‘mimic’ called LATE disease,” explained Dr. Peter Nelson of the Sanders-Brown Center on Aging at the University of Kentucky. He says they validated the criteria rigorously. The study was recently published in BRAIN: A Journal of Neurology. The first author of the paper was John L. Robinson from University of Pennsylvania and the corresponding author was Dr. Nelson.

This work comes in the wake of a large group effort organized and funded by the National Institute on Aging, part of the National Institutes of Health (NIH), that helped define LATE, by an international team of experts including a strong contingent from U. Kentucky. LATE stands for “limbic-predominant age-related TDP-43 encephalopathy”. LATE is a disease with symptoms like Alzheimer’s disease, those symptoms are referred to as “dementia”, but is caused by different underlying processes in the brain.

LATE is important because it affects millions of people, approximately 40% of people over the age of 85. How was it recognized? Researchers around the world noticed that a large number of people who died in advanced age had symptoms of dementia without the telltale features of Alzheimer’s disease (“plaques and tangles”) in their brains at autopsy. Emerging research indicated that the protein TDP-43 contributed to that phenomenon.

“Dozens of different viruses and bacteria can cause pneumonia,” explained Dr. Nelson. “So why would we think there is just one cause of dementia?”

With that question in mind, Nelson and colleagues set out to define diagnostic criteria and other guidelines for advancing future research into this newly-named dementia.

“We used to think that aging-related memory and thinking decline meant one thing: a disease called Alzheimer’s disease. Now we know that the disease we were calling Alzheimer’s disease is actually many different conditions, often in combination. This raises some questions: is it important to classify and differentiate those conditions? And, if so, how do we go about that? Cancer gives us inspiration, because in some ways that field of research is decades ahead of dementia research. In cancer, they found that different cancers are very different and respond differently to therapies, so it’s worthwhile figuring out the complexity. We are now focusing likewise on the different diseases that cause dementia. A type of protein deposits in the brain, called TDP-43, is very harmful to the brain and contributes to a dementia syndrome with memory loss and thinking problems,” said Nelson.

As researchers stated in this recent study, “There is a general agreement that millions of persons worldwide are affected by age-related TDP-43 proteinopathy.” However, they say there are some serious gaps in the classification guidelines for the specific neurodegenerative disorders. That is why they wanted to closely compare frontotemporal dementia (FTD) and the mimic disease LATE. Ultimately, they found that the two do in fact have differentiating pathologic features.

“Until you can define a disease it’s very hard to look for a cure. Now we have a better basis to help work toward a therapy,” said Nelson.

With these findings now established Dr. Nelson is looking forward to working on the first clinical trial of LATE with his colleague at UK Dr. Greg Jicha. “This is a very exciting opportunity to test a medicine that could stop the disease in its tracks, and to treat our research volunteers here at U. Kentucky,” explained Nelson.