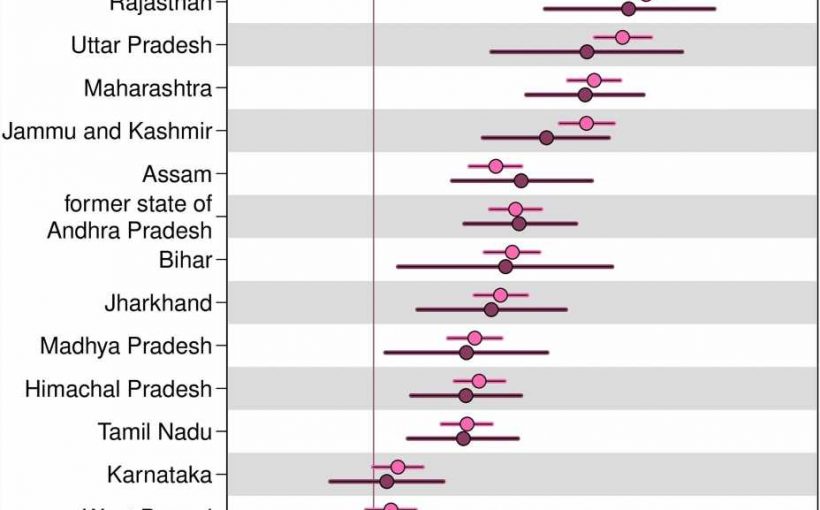 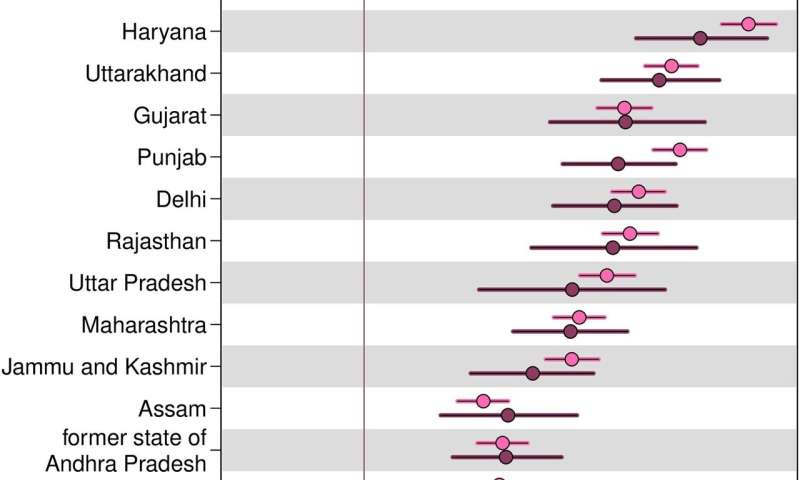 Between 2017 and 2030, an estimated 6.8 million fewer female births will be recorded in India than would be by chance, due to sex-selective abortions, according to a new study published August 19, 2020 in the open-access journal PLOS ONE by Fengqing Chao of King Abdullah University of Science and Technology (KAUST), Saudi Arabia, and colleagues.

There has been a reported imbalance in India in the sex ratio at birth (SRB) since the 1970s due to the emergence of prenatal sex selection and the cultural preference for male babies. Unlike other countries affected by such imbalances, India is unique in its regional diversity of sex ratio imbalance. Previous projections of sex ratio at birth in India have been constructed at the national level or were based primarily on expert opinion rather than reproducible modeling.

In the new study, researchers projected the SRB in the largest 29 Indian States and Union Territories (UTs), which covered 98.4% of the total population of India as of the year 2011.

Among the 21 Indian States/Uts with high quality birth data, 17 showed a positive effective of son preference on the SRB, with the highest SRBs concentrated in the most northwestern States/UTs. In particular, the effect of son preference is statistically significant in nine States/UTs. For the whole of India, summing up the 29 state-level projections, the cumulative number of missing female births during 2017 to 2030 is projected to be 6.8 million (95% CI 6.6-7.0 million). The average annual number of missing female births between 2017 and 2025 is projected to be 469,000 (456,000-483,000) per year and is projected to increase to 519,000 (485,000-552,000) per year for the time period 2026 to 2030. The projects represent an essential input for population projection models in India, especially at the sub-national level.