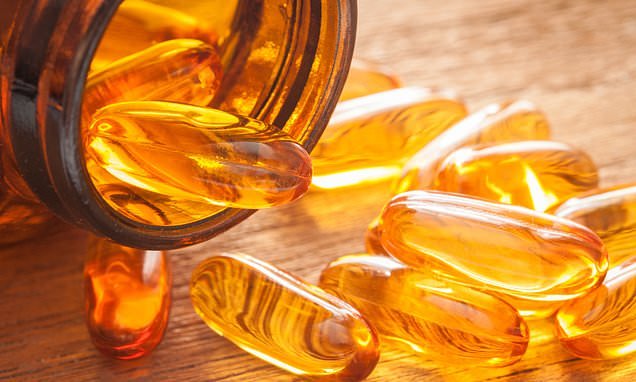 Taking daily fish oil supplements during pregnancy can slash chances of a premature birth by up to 42 per cent, a major review has found.

Mothers-to-be have long been warned to limit oily fish and avoid certain fish altogether because of concerns over pollutants and mercury exposure.

Now researchers have found those who consume the highest levels of omega-3 fatty acids are significantly less likely to give birth early.

The findings are so strong they suggest pregnant women should start taking cod liver oil tablets every day from 12 weeks onwards. 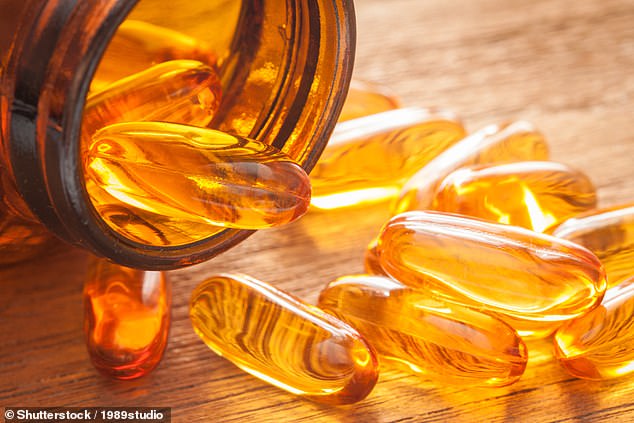 A review of 70 studies found increasing a type of fatty acids found in oily fish like salmon and mackerel lowers the risk of having a baby born before 37 weeks by 11 per cent.

The risk of giving birth before 34 weeks drops by 42 per cent and the chances of having a small baby – weighing less than 5lbs 5oz – falls by a tenth (10 per cent).

There are currently few options for preventing premature birth, yet it is the leading cause of death in children under-5 worldwide.

Those who survive facing a range of long-term conditions including visual impairment, developmental delay and learning difficulties.

But scientists suggest taking a daily pill – containing between 500 and 1000mg of long-chain omega-3 fats – from 12 weeks onwards could help to cut the risk.

WHAT IS COD LIVER OIL?

Krill oil is extracted from a shrimp-like, Antarctic crustacean. It is a rich source of the long-chain omega-3s, EPA and DHA. It also contains two powerful antioxidants, astaxanthin and canthaxanthin, which give it an attractive red colour.

These pigments are derived from the algae on which krill feed, and are the same pigments that give flamingos their pink plumage.

The combination of omega-3s plus antioxidants make krill a popular ‘super-supplement’ for reducing inflammation, and for beneficial effects on cholesterol balance.

Researchers from the University of Adelaide, SA Health and Medical Research Institute (SAHMRI) and Women’s and Children’s Hospital reviewed the results of trials involving 20,000 women.

They looked at two types of omega 3 fatty acids – eicosapentaenoic acid (EPA) and docosahexaenoic acid (DHA), which are found in salmon and fish oils including cod liver oil.

They found there was now ‘high quality evidence’ that omega-3 supplements is an effective strategy for reducing preterm birth.

Experts believe it may work by reducing the potency of powerful hormones that can initiate premature birth, extending the gestation period.

Professor Philippa Middleton, from SAHMRI, said: ‘There are not many options for preventing premature birth, so these new findings are very important for pregnant women, babies and the health professionals who care for them.

‘We don’t yet fully understand the causes of premature labour, so predicting and preventing early birth has always been a challenge.

‘This is one of the reasons omega-3 supplementation in pregnancy is of such great interest to researchers around the world.’ Omega 3 pills, capsules and oils are one of the most popular type of supplement, with more than a quarter of people who take any kind of supplement choosing omega 3.

Experts say there is no risk with taking the supplements or exceeding the dose as it simply passes through the body.

Professor Middleton said it was important to check the dosage of supplements to ensure they contained at least 500mg of DHA.

‘It’s worth noting though that many supplements currently on the market don’t contain the optimal dose or type of omega-3 for preventing premature birth.

‘Our review found the optimum dose was a daily supplement containing between 500 and 1000 milligrams (mg) of long-chain omega-3 fats (containing at least 500mg of DHA) starting at 12 weeks of pregnancy.’